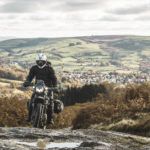 Of all the trips I’ve taken; adventures across open landscapes, wild camping in forests and fields across the UK and France, the most frequent question I am asked is, “What do you think of the Himalayan?”. It’s my impression from the question is that the bike is seen as a cheap alternative to other mid-sized adventure bikes, but I don’t see it that way at all. Yes, the Himalayan is a bargain compared to every other adventure bike on the market, but it doesn’t sacrifice any of the capabilities you’d expect from a dual sport motorcycle. As a 411cc motorcycle with 24.5 BHP it often gets overlooked by those looking for speed on motorways. It doesn’t have riding modes, traction control, adjustable suspension or an LED screen that other “luxury” adventure bikes have, but does that matter to me? Let’s see. 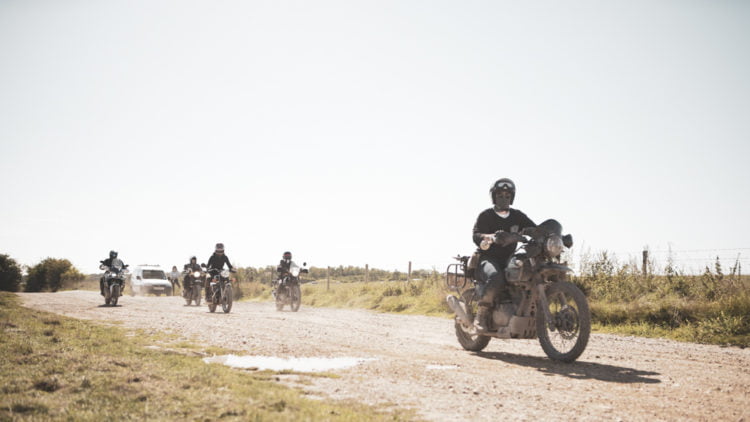 I’ve had the bike for almost a year now and have put 9,300 miles on the clock from new. It’s been ridden across the UK twice, crossed the channel and toured France on the TET, and been on several overlanding trips through Wales where it was put up against some of the toughest terrain around. Through long highway miles, back roads, deep river crossings and steep rocky hillsides the bike has performed beautifully. It’s power delivery is smooth and it’s gearbox is paired beautifully to allow the rider to sit comfortably in 2nd gear while riding across all sorts of off-road conditions. It’s hard to understand the complaints about it’s lack of power when riding off-road. 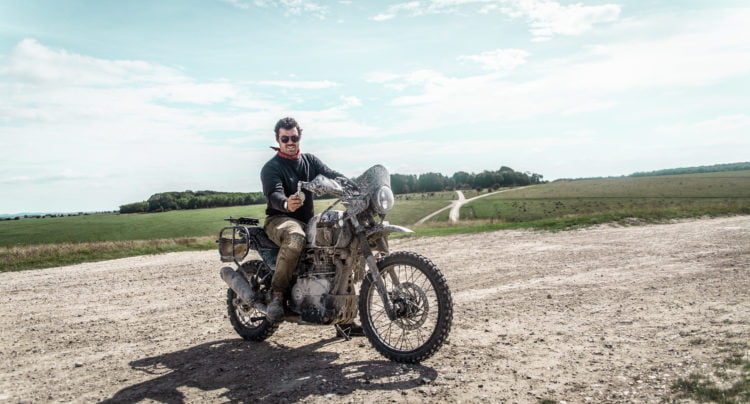 The Himalayan after a muddy day. Photo by Si Cox

The bike’s LS410 engine is torque-laden – not power driven. Unlike the rest of the current market of adventure bikes angled at road-riders who want to have an adventure “look”, the Himalayan is a straight-forward machine with a simple design that is meant for the harsh conditions and challenges that come with long off-roading trips. The simple design means that you focus on the terrain and the ride and not which suspension/riding/or traction control setting to choose, and also means that you don’t have any extra finicky electronics that risk failing on longer trips.

Gearing up for a day off road. Photo by Chris Smith

And speaking of breaking, the Himalayan hasn’t. It uses up its share of consumables like brake pads, and the OEM chain and sprocket don’t last too long if you’re riding hard, but that’s easily fixed. Plain and simple, compared to everything else on the market, it’s an easy machine to ride and easy machine to fix and seems to be the only truly purpose-built motorcycle for long trips that would take you away from the safety of a service station. 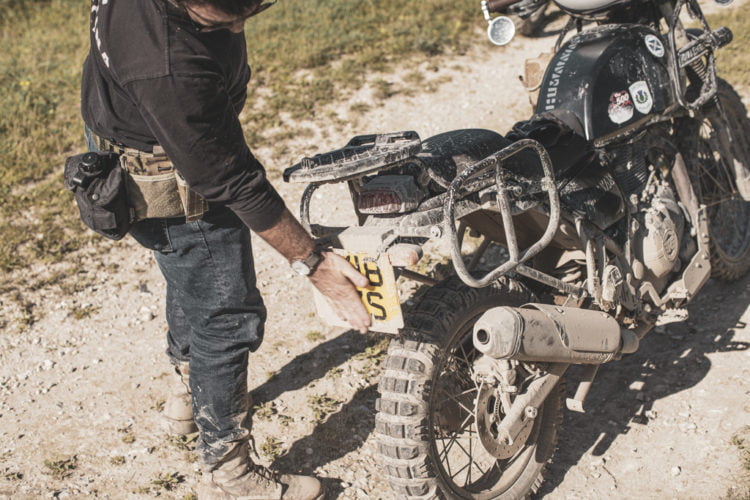 It’s Achilles heel is the motorway. There is no arguing with the fact that the bike won’t push much above 80 mph. It’s 0-60 time is 11+ seconds, and to some it’s agricultural. But then again let’s think about where the best places to ride are, and they certainly aren’t the motorway, or pulling away from a stoplight, or full of spectators. The best places to ride are the small twisty back roads, the dirt tracks that take you far from everyday life. For me, the Himalayan is the bike that does everything I need, and gives me the confidence to go where I want. It’s never not gotten me there. 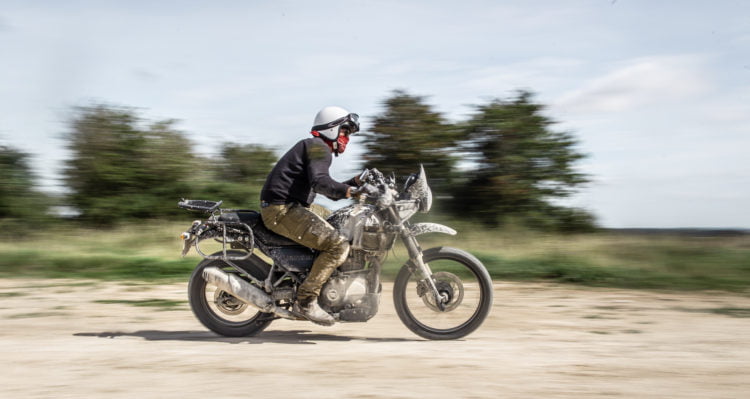 Getting up to speed on dirt tracks near Salisbury. Photo by Si Cox