Asian manufacturing giants are buying up everything these days, it seems. The Jawa marque? Not exactly Indian-owned yet, but Mahindra is building Jawa-branded machines. The same goes for BSA—Mahindra owns those rights, too. And Benelli, well, it’s no longer a truly Italian brand, owned and manufactured in China. The industrialists of the east are acquiring the rights to classic moto brands, using those names to sell Asian-built bikes.

As a result, motorcyclists whine about the rise of “zombie brands,” resurrected when they should have been left dead. There’s truth to this, but it’s also true this is nothing new. In fact, many of these Euro brands have been going through this regeneration process for decades, especially the British manufacturers. This 1968 Matchless G15 is a perfect example. It’s a mix-and-match machine cranked out in the dying days of the UK’s original moto-production industry, a two-wheeled Frankenstein’s monster. 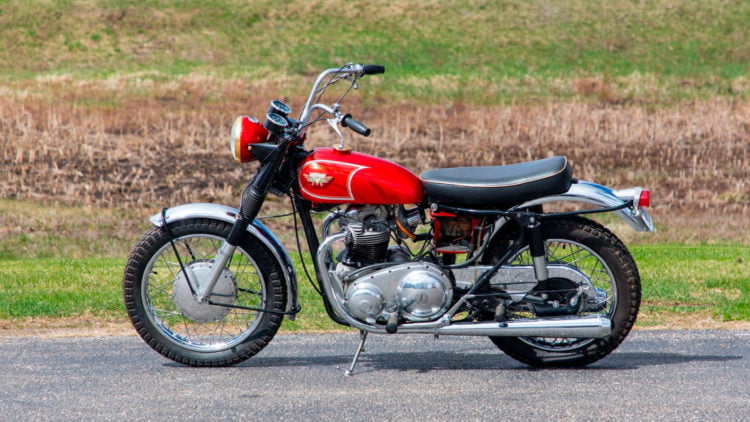 By 1968, Matchless was owned by Norton, which was why this bike had a 750cc Norton Atlas engine.

Like many Brit bike builders, Matchless started by manufacturing bicycles in the late 1800s and shifted over to motorcycles around the turn of the century. Matchless built its own engines for decades, but also used JAP engines in its earlier  years. Today, it’s almost unthinkable for two different manufacturers to use the same motor (with rare exceptions, like the Suzuki/Kawasaki team-up that produced the KLX/DR-Z series). This arrangement was not uncommon in the Brit bike industry, especially since the various manufacturers were always buying each other out. After the buyouts, manufacturers would mix-and-match engines and other technology between their lines.

Matchless played this game, buying AJS and Sunbeam. It sold Sunbeam later; then, Associated Motor Cycles, aka AMC bought the AJS/Matchless company. AMC owned Matchless from 1938 until 1966, then went bankrupt … and Norton-Villiers bought up the carcass, and re-animated it. This newly revived Matchless was in business until the mid-’70s, and then it went bust, like every other motorcycle manufacturer in the UK. And, like almost every other UK-based manufacturer, insiders attempted to bring Matchless back in the 1980s. It didn’t work; by the 1990s, it was all over (except for the T-shirt sales).

Sometimes, these old Brit bikes have a family tree that would defy even the most dedicated Appalachian genealogist. 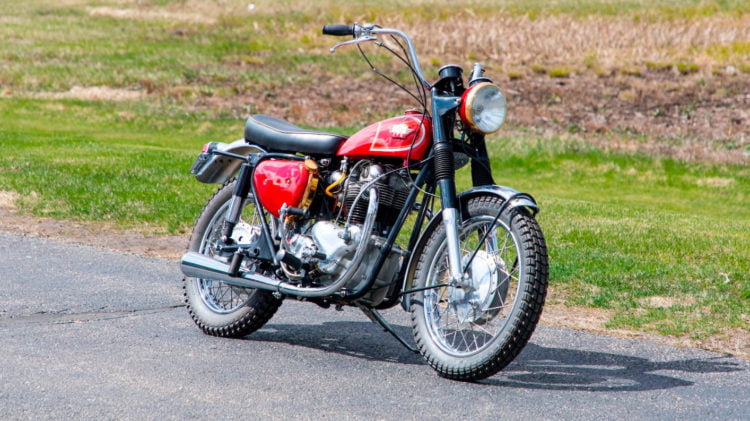 This particular motorcycle was last ridden in 2018, the ad says.

The Matchless G15 is one of the unholy hybrids created in the dying throes of the British motorcycle industry, originally only produced for export. By the late 1960s, most of the UK’s manufacturers were using engine designs from one manufacturer, chassis designs from another manufacturer, and trying to create motorcycles that appealed to American buyers. Sometimes the result was a half-decent motorcycle, if you could live with the eccentricities of a Brit bike (crappy Lucas electronics, constant oil leaks, etc.). Sometimes, the result was something like the Norton Hi-Rider.

The Matchless G15 series saw Norton-Villiers cramming a smokin’ Norton 750cc air-cooled parallel twin into the Matchless frame, in an attempt to excite US buyers. It was a solid idea. Norton’s engines had lots of jam, and Matchless had always built decent-handling bikes. According to savvy Brit bike riders, this also tamed the Norton Atlas engine’s notorious vibration, for reasons unknown. In the end, it didn’t matter. The Japanese were building faster bikes, and selling them for less money. The UK’s manufacturers were trying, but with drum brakes, older engine designs and often-iffy reliability, they couldn’t compete. 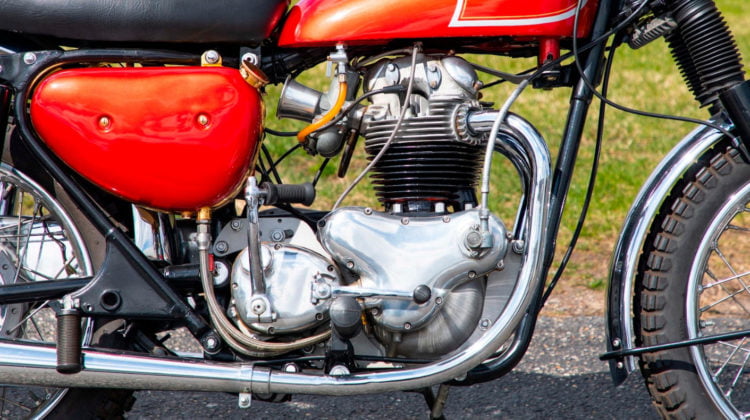 The advert says this bike was restored to original condition, but it looks like someone might have modified that intake.

Through the 1960s, there was a standard G15 Mk2 roadster, and a G15CSR cafe racer. There was also a G15CS, which is what this machine appears to be. It looks like the standard “modern classic” models that Triumph cranks out today, but in the late ’60s, many riders called it a street scrambler, or even a desert sled. It didn’t have high-mount exhaust pipes, but many scramblers didn’t, back in the 1960s. Note that this machine still has a set of knobby tires, and fork gaiters. The CS also came with a larger rear sprocket, for easier off-road acceleration. This is easy enough to change, if you want to reduce rpm for street riding.

The ad says this particular bike was ridden in 2018. According to the auctioneers, it was “restored to factory specifications” before the current owner acquired it in 2011. If that’s the case, what’s with that intake system? Is that the original spec air filter? Hrmmm …

Whatever the case, it looks an awful lot like this machine that Bring a Trailer listed back then. Now, it’s part of the Al Phillips collection, for sale at Mecum’s upcoming Indy 200 auction. The auction runs July 10-18, so if you think you’d like to own this particular bike, better get ready to start bidding. The Phillips collection has plenty of beautiful vintage Brit bikes, so if you miss out on this bike, you can always throw some cash at this 1964 AJS Model 16, or this 1951 Ariel Red Hunter 500, or this 1966 Panther 120, or whatever else catches your eye.