Classic bikes are cool, but how likely are you to use one off-road? A vintage dirt bike, sure, but if you have an old-school desert sled or scrambler, would you want to rip around in the dirt with it? Maybe, but it might ruin all the hard work you put into restoring it.

There’s a sweet spot, where a machine has been rebuilt just enough to make it functional and semi-attractive, but not so much that you’d be afraid to drop it in a gravel pit. And, you could probably saw this 1973 Honda CL350 (for sale in California) fits into that sweet spot.

Those are new mufflers, but the headers are scabby-looking. Photo: Craigslist

A Honda CL350 has always been somewhat desirable, but maybe even more so these days, thanks to the vintage scrambler craze. Everyone’s hacking up vintage bikes to make abominable “customs” that really amount to nothing more than a set of dirt bike handlebars and knobby tires. Most of the rest of the package (hacked fenders, tiny headlight, etc.) is a simple cosmetic change, and lots of those tweaks actually make the bike a worse machine in the real world, not better.

However, the CL350 was reasonably well set-up for a bike of its era, and even now, it should function fairly well as an all-round street bike, considering its vintage. It was a street scrambler, not designed for off-road racing. But remember that although the CL350 was no lightweight, many offroad racers were still piloting massive Brit desert sleds in the late ’60s and early ’70s. The Honda didn’t look so bad against that standard. In fact, a much-modified CL350 won the second NORRAD Baja 1000 race, piloted by  Larry Bergquist and Gary Preston. It made sense; much of the original Baja scene had been pioneered on the earlier, similar Honda CL72, by Billy Robertson Jr. and Dake Ekins.

Of course, comparison to any modern dual sport or dirt bike will leave the 350 looking silly, but you should be able to tootle along at sensible speeds on gravel roads. 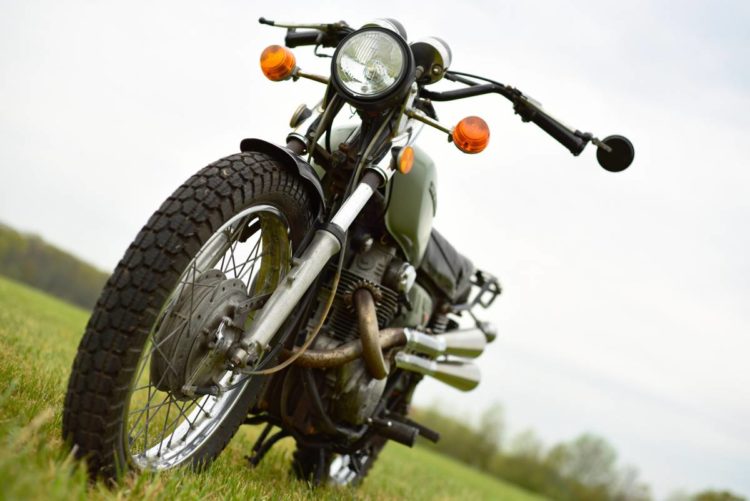 You probably wouldn’t get all excited about taking it out on the highway. The CL350 only made about 33 horsepower, even less than the CB350, which had the exact same engine. That cool high-pipe exhaust was heavy, raised the center of gravity, and sucked power out of the engine. You should be able to handle secondary roads just fine, but faster superslab, especially the stuff out west, might not be too pleasant.

The air-cooled twin actually had 324 cc displacement, with five-speed transmission. It didn’t leak oil everywhere like its counterparts from the Brit market, while still making what was considered reasonable horsepower.  The combination of performance, pricing and reliability was a recipe for instant success. Honda allegedly sold 600,000 of its various CB350-derived models in North America between 1968 and 1973. Those numbers are almost unthinkable today, and while the CB750, Z1900 and similar models get all the big press today, it’s no exaggeration to say Honda’s 350 series was one of the most significant lines to ever be imported to the US and Canada. People learned to ride on them before moving on to bigger bikes … or maybe they didn’t move on. The 350 was plenty of bike for many riders, who were used to even wimpier machines from Italy and Japan. Ask older motorcyclists, and many of them have tales of their long-distance adventures on these bikes. 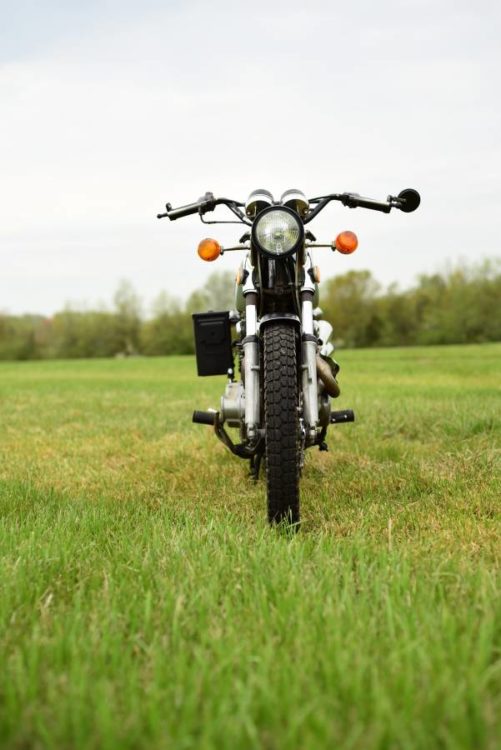 Yikes. That ammo can pannier might work for the Lord Humungus, but the faux post-apocalyptic look might not suit most vintage bike owners. Photo: Craigslist

The 350 engine didn’t have the longevity of its bigger counterparts from Honda, and many of these machines were hammered on-track in vintage racing, or just beat to death through a life of constant neglect. Or, turned into cafe racers. Nevertheless, there are still many of these bikes around. Finding spares isn’t an issue.

According to the seller’s Craigslist ad, that’s how this machine came to be. The advert says it got a “Complete top end rebuild using best parts of two identical motors.” Hrm. That could be good, or really bad. The ad mentions a lot of other new parts: battery, tires, tubes, LED headlight, switches, chain, regulator, mirrors, sparkplugs, and so on. And, those mufflers are new as well. According to the ad, they’re made of stainless. You might not feel so bad if you bang them about, but it also means they aren’t “vintage” or “authentic,” if that sort of thing worries you.

The seat upholstery is splitting, the ad says, and the tank needs a new paint job. The headers are pretty scabby-looking, too, and that ammo can pannier, well, it would work in a Mad Max movie. 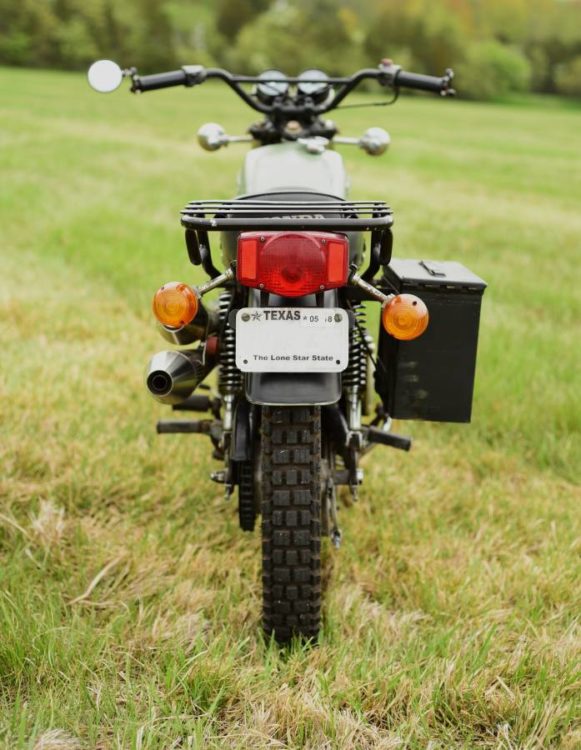 Despite a few niggles, the bike would be interesting to many riders, but the price is pretty high considering the condition.

Soooooooo about that price. $4,200 would probably be a good price if this bike was relatively unmolested … but it isn’t. So the question is, is all the work done to the bike going to hold up? If so, this could be a really fun old-school machine, and hey, you can’t take your money with you when you’re gone.

But if that wrenching was done by a ham-fisted Visigoth of a mechanic, then you could be purchasing a $4,200 nightmare. That means, as is usually the case, you’d be best-off looking at this machine in person, and remembering all the other things that $4,200 could buy you, like a pretty new DR650, or that R100 GS you always wanted when they first came out, or whatever.