Picture the Honda brain trust in the early ’70s. They were bashing the European and American opposition into the ground in the full-size, mid-size and small-capacity motorcycle markets. They were also doing pretty well in racing. What could Big Red turn its sights on next? The off-road market, that’s what!

These days, Honda’s been cranking out dirt bikes for years, and everyone associates the company with success in off-road racing (particularly after finally winning the Dakar Rally). But the company’s early days of success were based on street motorcycle sales, not dirt bikes. Big Red’s onslaught on the offroad market really began in the early 1970s; the early Cub-based trailbikes and scramblers in the ’60s weren’t serious dirt bikes. But in the ’70s, that changed. And one of the first bikes that showed how serious Honda was, was the TL125 trials bike.

Looking at the original TL125 now, it’s almost hard to believe that it’s really a trials bike. When you compare it to a modern trials machine, the proportions are a bit off. It doesn’t have that grotesquely slammed seat.It almost looks like you could use this thing as a daily driver, a dual sport. And that’s exactly what it was used for, by some people. 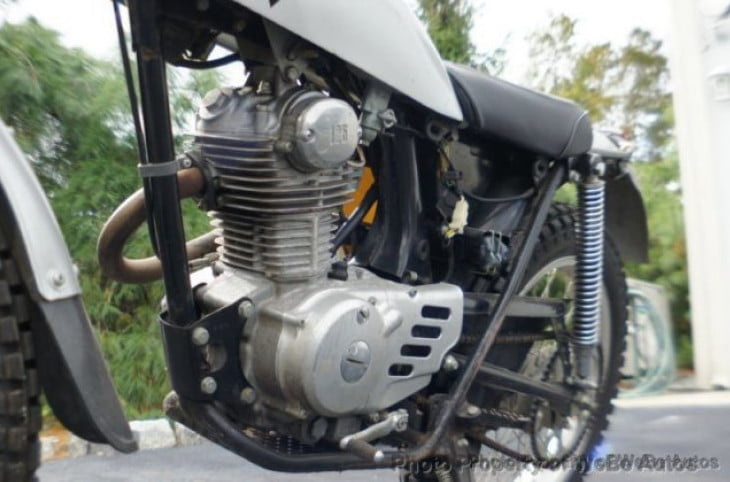 These days, trials riding is all about mad flippity-flops on your rear wheel, like Toni Bou (who, coincidentally, rides for Honda …).

But in 1973, trials was a little more sensible. Just like the desert racing scene back then, there were more people involved, of all talent levels and ages. Trials had more of an emphasis on real-world riding, and less brapping about in a stadium full of fans. So, it made sense to build a bike that could be ridden in a realistic fashion by a broader section of the population—look at old-school trials machines from other manufacturers of the era, and you’ll see everybody had more of an emphasis on all-round capability.

So when it showed up, how was the TL125 set up? The chassis was new, but the engine itself was borrowed from the SL125 dirt bike. This was maybe the biggest strike against the TL125, as the SL125 was not reckoned to be the kind of motorcycle a hairy-chested dirt rider aspired to (those guys bought Euro machines). The engine was tough, but compared to the two-stroke competition, it was gutless. Honda had big plans for its two-stroke line, but for now, the four-stroke, air-cooled engine, with 124 cc and about 12 hp, would have to do. 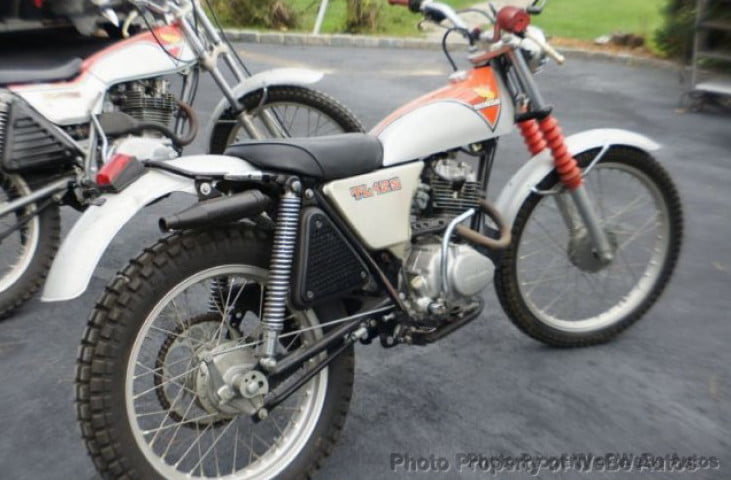 The four-stroke TL125 was gutless even in its day. Photo: Webebike

The 125 engine was reckoned to be a major downer for the TL, and as a result, there’s been big bore kits available for it over the years, usually taking it to the 140-150 cc range. Other go-fast parts include performance carburetors and aftermarket exhausts, but most importantly, many savvy owners look at the bike’s gearing if they want to ride it somewhat seriously. Stock sprockets leave the machine geared too high, and fiddling about with ratios can help it a lot. But again, if you were riding this thing more as a trail bike, like original users often did, that might be less of an issue.

Decades ago, you could even get parts like a Sammy Miller-built replacement frame for the TL125, which greatly reduced weight, but finding those aftermarket parts now can often be difficult. Some of it’s still available, most of it isn’t.

Like everything else from the era, original TL also had dual rear shocks, and drum brakes front and rear. You could also buy it with a full light kit. The idea of using a Montesa as a street bike seems silly today, but in ’73, that’s what people did with the TL125. 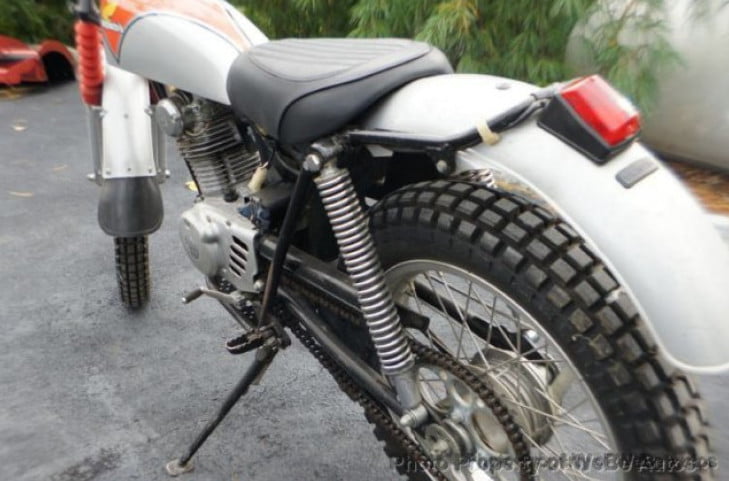 A cool machine, despite its lack of power, and of interest to vintage trials collectors or Honda enthusiasts, but without the cachet of more significant models. Photo: Webebike

Now, decades later, the TL is a bit of an oddball. Even though it was Honda’s first trials bike, it’s just not as important as, say, an early CR250. The TL wasn’t a dominant winner in its day, and (depending who you ask) wasn’t a hot seller for Honda. And yet, there are plenty of them around; they aren’t hard to find on the used market, and spares can be tricky to source, but if you look hard enough, they’re out there. And even though it wasn’t the best trials bike in its day, there’s still a decent following for the bike, with people still riding them in vintage trials events.

So, it’s hard to say if this ’73 for sale in Calverton, New York, is overpriced. It appears to be in mostly good nick, for an older off-road bike, but it’s not pristine. And, $3,295 can buy you a lot of modern motorcycle these days, or even a bike that’s more collectible—or at least potentially more collectible in the future. The ad doesn’t even say if it runs; the only comment is “This Honda is in Excellent overall exterior condition.” Right, so what about that sidecover that’s missing in the photos?. At least there’s a phone number to call for more deets.

Yamaha plans to have carbon-neutral lineup by 2050