Here’s a gorgeous example of a 1974 Norton Commando (possibly an S model?), a British bike that will remind you of classic British literature—specifically, Dickens’ famous line “It was the best of times, it was the worst of times.”

That statement could probably sum up many owners’ experiences with Brit bikes in general, but especially the Norton Commando. First released in the late ’60s, the Commando was the most prestigious machine built in the UK during its day, but a bike that was still plagued by many of the woes that typified the British motorcycle industry.

First, the good stuff: The Commando was built by dropping the motor out of Norton’s old Atlas model into a new frame with rubber mounts. This new “isolastic-framed” design reduced vibration, making for a smooth-riding machine. It also handled very, very well.

The motor itself was well-liked, even if it was a tad long in the tooth. Norton upgraded the engine over the years, turning out improved versions until it became an 850.

Stylistically, the Norton Commando was reckoned to be drop-dead gorgeous, and still is to this day. Along with the standard models like the Fastback and Roadster, there was a chopperesque Hi Rider model, and a Street Scrambler with high pipes but not much offroad capability (an ominous foreshadowing, for sure!). Those models were responses to market interests of their time, and modern opinions on their attractiveness are varied. 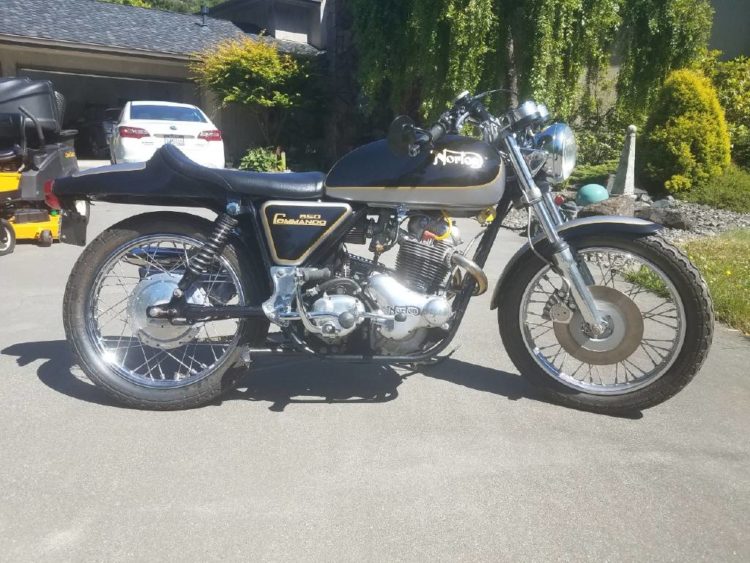 There was also an Interpol model, basically a police interceptor, with lights and cases for handcuffs and ticket books and other useful gadgetry.

Sounds like there was plenty of interest in the bike, right? So what could go wrong? Uh, plenty. Like any Brit bike, there’s loads of niggly little things that are known for crapping out on these bikes.

That frame, which provided such great handling and comfort, was absolutely terrible once the rubber engine mounts started to wear. The engine had all sorts of issues with important internal bits wearing or shaking themselves apart. As it was a pre-unit construction engine, it tended to leak oil everywhere. Early versions of the Commando were kickstart-only, and later e-start versions weren’t much improved, many riders figured—the electric boot was pretty much junk. Early Commando models had left-side rear braking and right-side gearshift, like many other Brit bikes, and when they switched the controls, for later models, it added weight.

And then there were the electrics. British motorcycles have a reputation for having wretched electrical systems, and the Norton Commando does little to end this myth.

Along with the engine updates, Norton made other little tweaks every year, or added new models to the lineup, but despite winning numerous awards in the early years of its existence, the Commando was out of production by 1977, after only 10 years of production. Compare that to today’s Suzuki SV650 run—the SV will never be viewed with the same awe as the Commando, but it’s soldiered on in production since 1999, more or less. 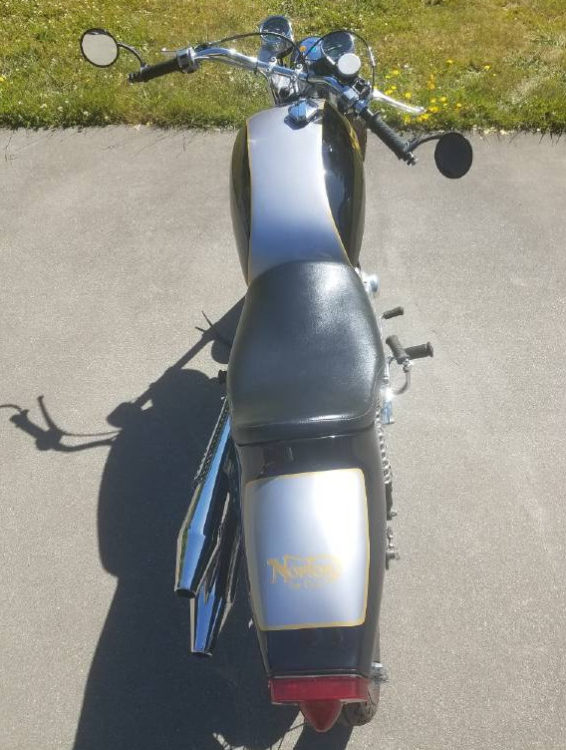 A bike with smooth, flowing lines, just as attractive as it was in 1974. Photo: Cycle Trader

With that in mind, why is the Commando so widely revered? Because it was a motorcycle that, when everything was working right, was a beautiful combination of handling, braking, power, aesthetics and feeling, that magic mix that every manufacturer strives to achieve and rarely meets.

That’s why people still love them, despite their woes, and that’s why some owners will go to great efforts to fix them up, install modern parts when necessary, hammer out the issues that were built-in from the factory, and finish with a motorcycle that runs as it properly should.

That seems to be the story with this example. The ad’s opening lines say the machine was restored by Minnesota’s Zap Motorcycles, and the rebuild list seems extensive. The seller says the engine, gearbox, suspension, chassis and electrical systems were all overhauled. The seller says every rubber part in the engine and frame was replaced, along with new bearings, bolts/nuts/studs, pistons, valves, valve springs and other engine internals. 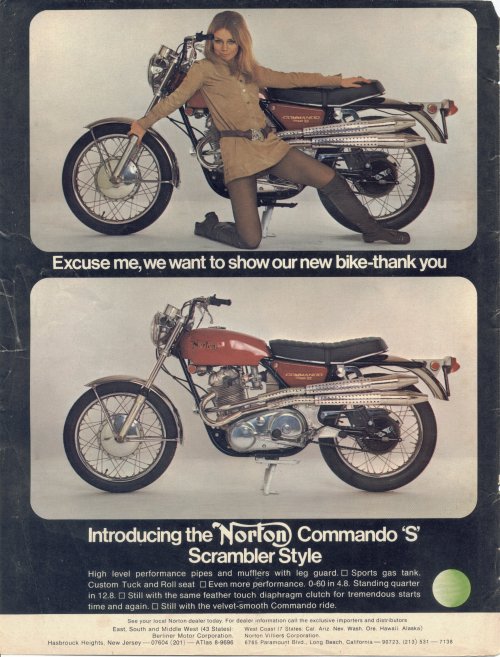 Zap also installed upgraded Amal carbs, with upgraded internals, and rebuilt the clutch with easy activation arm. The electrical system now has a Pazon ignition, a 220-watt alternator, LED taillight and other sensible bits. Forks have been rebuilt, rear shocks swapped for Progressives, and front brake has lines and caliper, and so on.

All in all, it sounds like a very thorough restoration, and if you have more question, the owner as well as Zap would no doubt have more specifics, although the Cycle Trader ad goes into quite a bit of detail. The seller says they’ll send along a video of the bike running, as well.

And then, there’s the price. $16,500 USD—yikes! But, these machines are highly collectible, and it certainly sounds like it’s in great running order. For the person with the dough to blow, this could be the Commando they’re looking for. For the rest of low-income schmucks, well it’s a pretty machine to look at, anyway.