Hey! How’d you like to buy an old-school muscle bike, with an inline six?

Since then, Honda’s also sold a lot of six-cylinder Gold Wings as well. BMW currently sells its own six-cylinder line, the K1600 series, but it took a while for that to happen. But back when Honda brought out the CBX in the late ’70s, one other company fired back quickly. To counter the CBX1100, Kawasaki introduced the KZ1300. 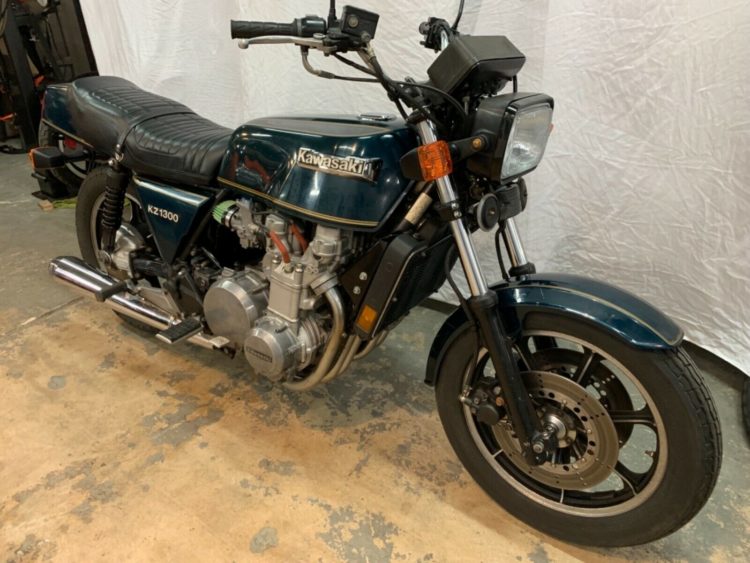 Ooooooh look at all those header pipes. Photo: eBay

Alas, all that muscle meant the Kawasaki was a heavy bike, weighing in at a claimed 315 kg with a half-full fuel tank. The Honda weighed a claimed 272 kg.

However, some of the Kawasaki’s weight came from a shaft drive. The CBX used a chain-and-sprockets final drive, but the KZ1300’s shaft drive would have required less maintenance, although it added weight. 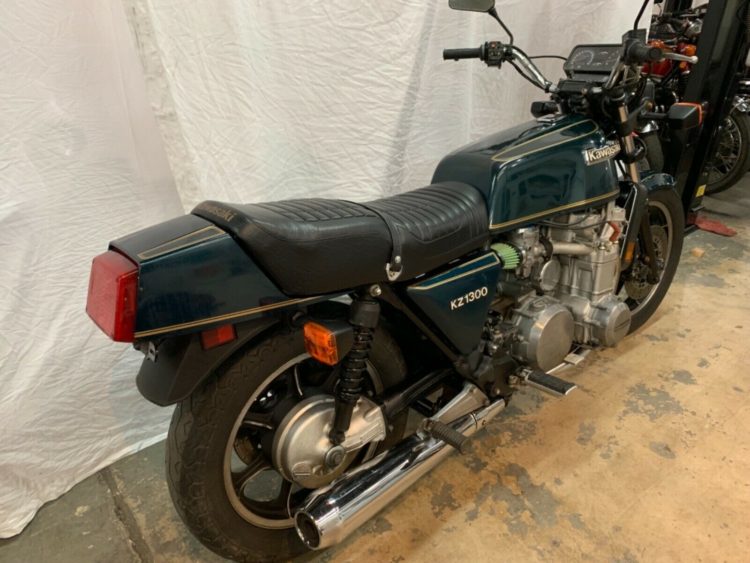 Styling is blocky, typical for muscle bikes of the late ’70s. Photo: eBay

Logically, the KZ1300 was later released in a touring-optimized format, but this model for sale on eBay, an original ’79 edition, is the basic, naked muscle bike that kick-started the series.

KZ1300s don’t carry the same mystique as the Honda CBX models, for some reason. This one for sale on eBay is listed at a Buy It Now price of $7,000 US. That’s probably less than you’d pay for a Honda CBX1100 of similar vintage, although if you shop around, you can probably find an even better price on a KZ1300. You might be able to find a newer one, too, if you’re not exactly looking for a vintage bike. Kawasaki produced these motorcycles as late as 1989, outlasting the CBX by some time. Even though the big KZ was a pig on fuel, they did serve a useful purpose as long-distance rig.

Another factor that might affect your buying price: this machine is modified. The stock airbox is gone, replaced with pod filters. This might improve performance, if the carburetors have been jetted to match, but there’s no guarantee. Pod filters have proved to be a bad idea for many mod-happy motorcyclists, as they can be absolute crap in bad weather, and if the carbs aren’t set to match the pods, then they’ll hinder performance, not enhance it.

It’s possible those pods were thrown on as a way to affordably replace stock intake parts. Whatever the case, if you do want to do something silly with this KZ (build a drag bike, build a chopper, whatever), then at least you won’t feel as guilty about molesting a stock motorcycle. 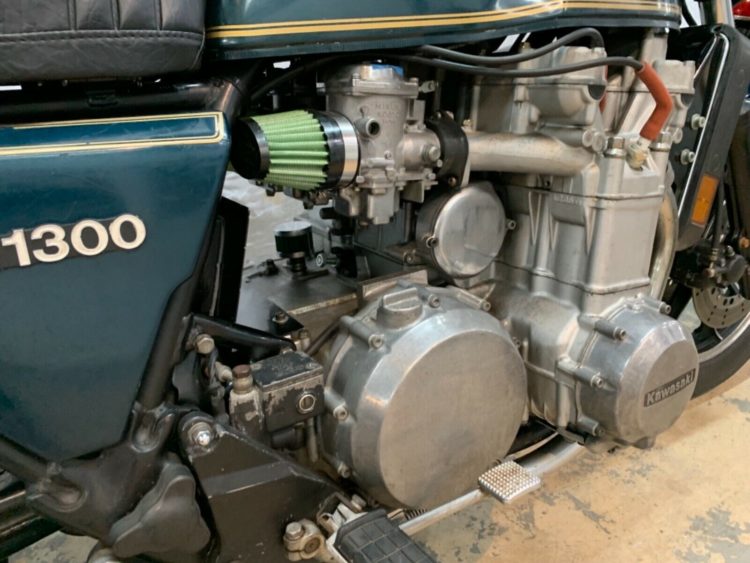 According to the ad, there are 12,000 miles on the bike’s odometer; supposedly, it sat in storage for a good long time, getting a bit of surface rust or pitting on a few pieces, but not too much. The exhausts are supposed to be in good shape, a claim that’s backed up by the pictures in the eBay listing.

Aaaaaand there’s a catch. According to the ad,  “This bike comes with certified California DMV lien papers ready for new owner to get clear title with.” So, you’d have to mess around with the DMV to get a proper title in California, unless you export it to a state that’s more lenient with such things.

So, how bad do you want a KZ1300? Bad enough to shell out $7,000 for a running ’79 model with no airbox and lien papers in lieu of a proper title? If money’s an issue, the seller does seem open to reasonable offer, so maybe you can start from there.