Motorcycles have a long history of appearing on album covers. The Crystals, the Beach Boys, Meat Loaf, the Mummies, David Allen Coe—it didn’t matter if you were radio-friendly pop or outlaw country aimed at Confederate flag-waving bikers, it’s long been known that if you want to spice up a record, the quickest way is to throw a motorcycle on the front.

So, it was no surprise that in 1984, Prince was astride a motorcycle on his latest album cover. What was surprising? He was aboard the least exciting motorcycle available on the market at that time. 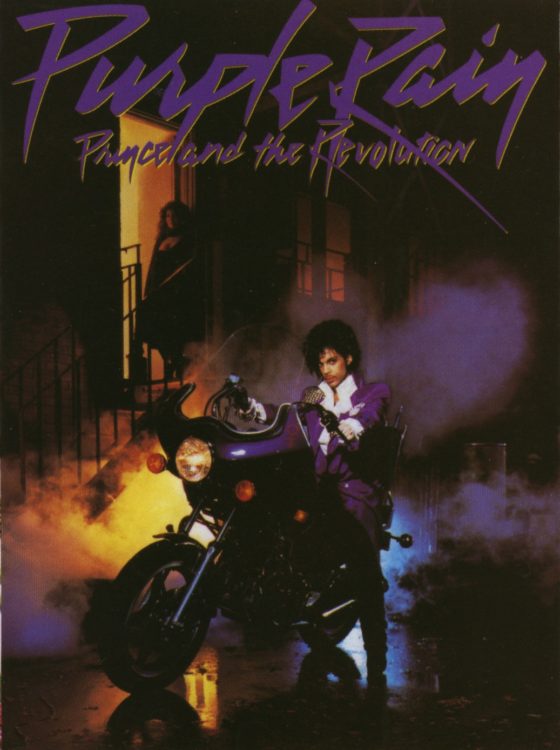 What a beastly machine. Photo: Some record company? A movie studio?

Prince released Purple Rain that year, to accompany his film of the same name. On the cover, the pride of Minneapolis was striking a swaggering pose, pompadour carefully flipped to one side. He was behind the bars of what appeared to be a dresser, the kind of motorcycle a freewheelin’ dude like Prince might own. A sultry babe looked on approvingly. Smoke (was it purple haze, to go with the purple rain?) wafted around the bike. Had Prince just performed a testosterone-laden burnout? Was there any hope for the rest of us, when macho men like this were on the prowl, rolling around town on Dangerous Motorcycles and scoring chicks?

In-the-know motorcyclists weren’t the least bit worried. They knew that for all of Prince’s posturing, he was actually riding a Honda CM400A. He might have been a wizard at guitar and the flyest dancer in Minnesota. He might have been the only guy who could steal your girlfriend while wearing her shoes. But, Prince was posing on an underpowered motorcycle that didn’t even have a proper five-speed gearbox.

See, the CM400A was a beginner bike that was introduced when it was decided that another beginner bike was too big and heavy—or so the story goes. 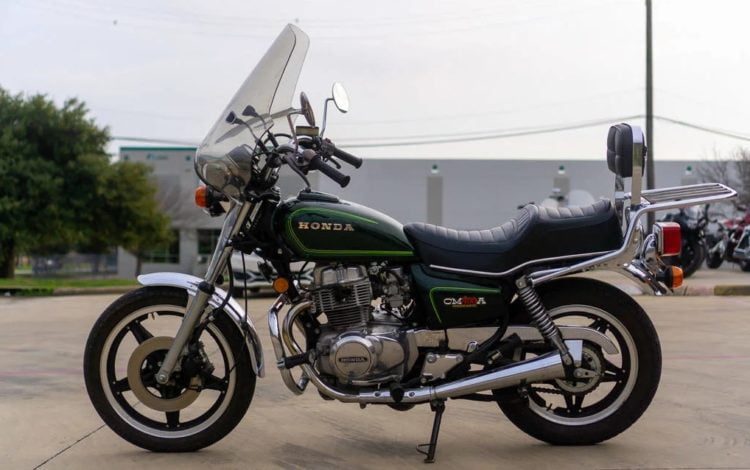 No Windjammer here! This lighter windshield would be far more preferable, unless you wanted to pretend you were riding a dresser. Photo: Cycle Trader

At some point in the pre-history of the Air-Cooled Age, Honda came to the same conclusion that manufacturers are making again these days: Some people don’t ride motorcycles because they can’t figure out the gearboxes. The first attempted solution was the CB750A Hondamatic. It wasn’t a true twist-and-go machine, but there were only two gears to shift between, and no clutch. That was as easy as Honda could make it.

The 750 Hondamatic didn’t exactly lend itself to high-speed hoonery, and it was a heavy beast, with a curb weight around 560 lb. The answer? Honda decided to try again, adapting the two-speed design to the smaller, more manageable CB400. In 1978, Big Red rolled out the CB400A Hondamatic model.

This made much more sense. The CB400A was a much more manageable machine, as it was based on the CB400T. This was a sporty parallel twin-powered standard; the Japanese OEMs were really into this design at the time, as it was a way to make reasonable power while still keeping weight and price down (we’re seeing a return to the parallel twin today, for the same reason). Honda had been building small four-stroke parallel twins for a while, and had the formula pretty much figured out. 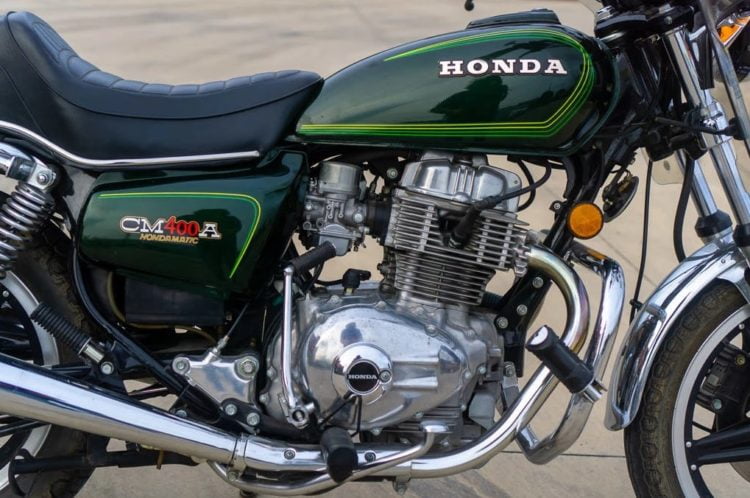 The rest of the bike had that semi-custom style that started in the late ’70s; there were Comstar wheels (pretty hot stuff, a set of spokeless rims on a 400-class machine. These were formerly the territory of muscle bikes!). Honda gave it a paint job that, even today, looks pretty good. There was a slathering of chrome trim, and most of these bikes ended up with some pieces of trim as well: a sissy bar, or engine crash bars, or in the case of Prince’s bike, a Windjammer fairing. Yikes. That was a lot of weight for the front end of that little bike.

The bike looked good, but really, it had more show than go. It was rated for 26ish horsepower and 21 lb-ft of torque. This really didn’t have enough power to scare anyone but the greenest, most awkward newbie. However, it was also much lighter than the CB750A Hondamatic. Honda rated the 400 at 390 lb curb weight, which sounds a bit optimistic. Whatever the true number was, it was certainly less than the porky 750 version.

The good thing aboutthe CM400A was, it might have been a bit wimpy when compared to other, bigger-engined bikes, but it was still far more zippy than any other twist-and-go of the era, except for maybe the fastest two-stroke scooters. And who’d want to be seen on a scooter?  Prince wouldn’t ride a scooter, would he? 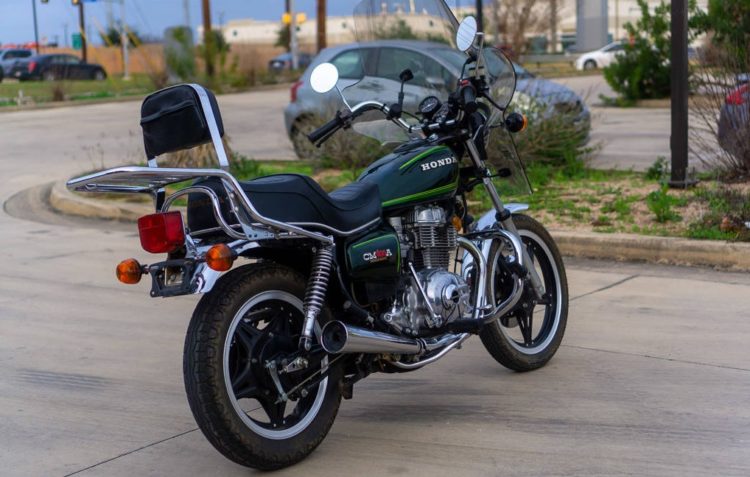 The 400A disappeared off the market around 1981, but you can still find survivors from its three-year production run. These bikes weren’t well-suited for ripping and tearing around, and that probably helped their odds of survival. But it’s very rare to find one in the condition of this 1980 model, for sale in Texas. Just look at that thing. It’s almost forty years old, and still looks considerably better than most GenXers.

The ad doesn’t give any reason for the bike’s pristine appearance, but it does have a phone number. If you’re interested in owning the finest twist-and-go available in 1981, give ’em a call. You may not be able to play guitar or dance like Prince, but you can own the same motorcycle he had. His machine is long-gone (it sold in a high-profile auction after his death), but this one looks better anyway, without the Windjammer.