How long will the COVID-19 lockdown last in North America? It depends a lot on what jurisdiction you live in, what job you work at, how worried you are about disease, and how bored you are. We can’t do much about where you live, or your employment or health situations, but we can give an idea on how to kill the next few weeks, if you’re locked inside: you could build an old-school chopper. Like this 1981 CB750 project, for sale near Cincinnati, Ohio.

This 4 Sale series usually focuses on weird bikes, forgotten bikes, or ya know, bikes that are actually competent. Choppers might be not great at actually “doing motorcycling,” due to limited ground clearance, suspension, etc., but a CB750-based hardtail like this is definitely weird, and definitely a forgotten line of two-wheeled history.

What happened was, choppers used to be the domain of the hardcore biker. You had a chopper? It was because you loved motorcycles, and you liked to have something different. Doctors and lawyers and such wouldn’t be caught dead on a short-piped machine painted with a crappy flame job, stretched springer front end, sky-high sissy bar, and so on. Those were for hippies and the Hells Angels and extras in Peter Fonda’s bikesploitation films, not the high-rolling white collar nerds who bought them in the early 2000s.

Ideally, you’d build this bike around a Harley-Davidson V-twin. Panheads were popular; today, people say it was because of the aesthetics of the engine, but no doubt the price had something to do with it, too. But even beat Panheads were sometimes outside the budget of your hairy biker wannabe, so they would chop a Brit bike .… or in desperate times, a Japanese machine.

(Curiously enough, this is still somewhat true. I had a chat with a wonderfully surly old-school chopper guru a few weeks back; he said these days, you don’t often see Brit choppers. When you do, it’s almost always people with no money. Unless the bike is a Norton … in which case, it’s the manufacturer that has no money?).

The Hells Angels and their fellow one-percenters were not so keen on the Japanese customs; club rules typically frowned on ownership of these bikes. But those outlaw bikers only comprised a small percentage of motorcyclists, as the AMA was more than anxious to point out. There were plenty of other people willing to ride a Honda, and willing to chop a CB750. Contemporary catalogues showed frames, wheels and other mass-produced custom bits intended for the CB750; there was enough demand that the aftermarket noticed.

Soooooo with that in mind, here’s what would very generously be described as a “project bike,” for sale in Ohio. It looks like a jumble of parts in the photos, but the seller seems to indicate the bike is still actually assembled, minus the carburetors (“I got the carbs off and that’s as far as I got“). The ad says the bike ran at that point, with 23,000 miles on it, and that there’s a clean Kentucky title for the machine. Even still, a savvy owner would be looking at this project pretty skeptically. Any chopper project is going to be tricky, but fitting a DOHC engine into a frame that appears to be meant for a SOHC will be tricky (see the photo of what seems to be its original configuration below). But hey, it’s a $750 project bike, what were you expecting? A DOHC chopper isn’t as classy as SOHC, but it’s something to work on. 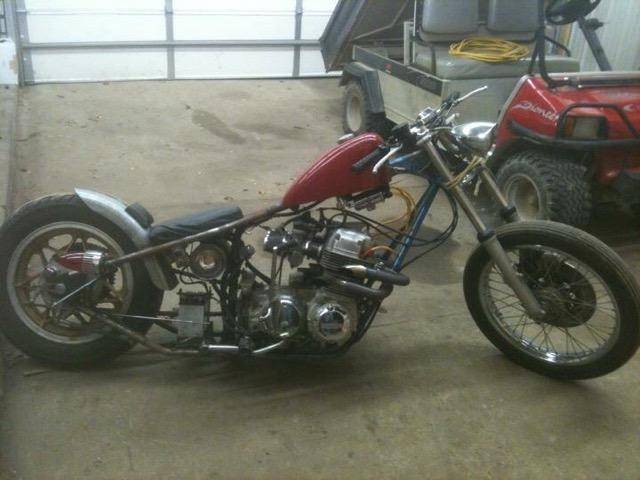 Well it doesn’t look like a tarted-up garage queen, at least. Presumably, this is a previous setup for the bike, as it’s not the same engine as below. Photo: Craigslist

It’s a mess, but what else have you got going on these days? Maybe you’ve got some overdue maintenance on your adventure bike or dual sport, but once that’s done, what next—mowing the lawn and painting the laundry room? Yuck. This bike looks a bit of a mess, but at least it would keep you busy. A lot of the stuff that would need to be done is time-intensive, but that’s one asset that many people have lots of. Of course, if you’re the type who gets easily offended by choppers, you could also go about restoring the bike to its glory as a stock machine, as it seems most of the parts are there to do so. The owner says he even has original seat and gas tank, although he doesn’t think they’re any good. Nothing that a few bored weeks of lockdown couldn’t fix, right? 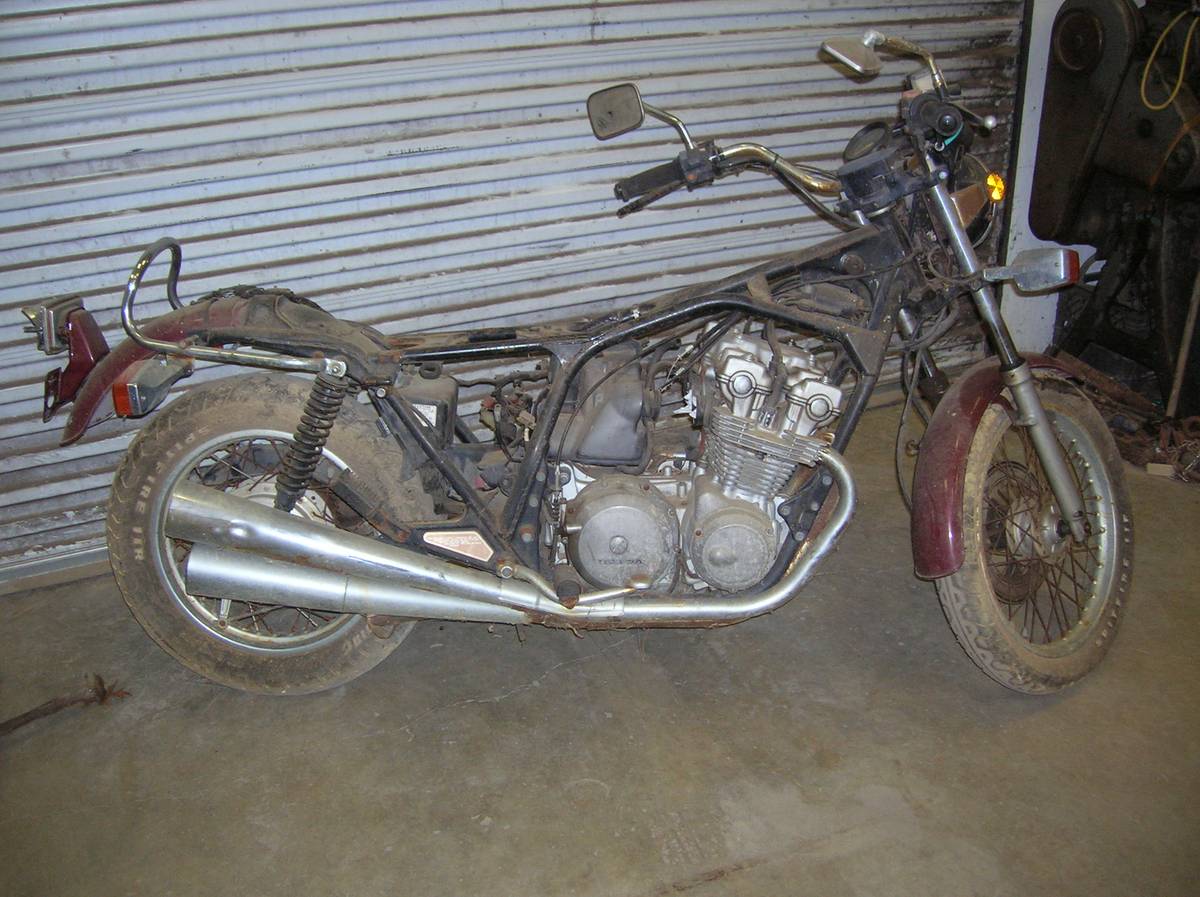 Or, you could just fix it back up to stock configuration. Photo: Craigslist

And who knows—maybe, just maybe, these things are going to be collectible in a few years, like some sort of weird folk art. While the collectors’ market has sort of ignored Japanese choppers for a long time, some people are starting to take notice. In parrticular, the owner of OldBikeBarn.com has been collecting these things for a while, occasionally displaying them in shows or magazines, as well as customers’ machines. Get your own CB750 chopper, and you could be ahead of the trend! And if not, if all society implodes in Mad Max-esque chaos, at least you’ll have a motorcycle fit for the Lord Humungus.