The XS1100 is a motorcycle that’s been treated rather poorly by history. These days, they (usually) don’t command high prices, without the cultish following of other big-bore motorcycles of the era. It’s hard to understand, as they were a trustworthy bike, part of an important transition in Yamaha’s history, and with plenty of old-school muscle.

The original 1100 debuted as a 1978 model, and at that time, it was the largest Japanese production motorcycle, with more than 50 cc on even the mighty six-cylinder Honda CBX. Claimed output was 95 hp at 8,000 rpm, and 66 lb-ft of torque at 6,500 rpm. It was Yamaha’s first inline four production bike, and much more up-to-date than other entries in the XS line. The 400 and 650 were sensible parallel twins that got the job done, and even the 750 wasn’t a screaming road-burner like other  750 models of that era. Yamaha decided to shoot for the stars with the 1100 (called the XS Eleven in some markets) and gave it all the equipment you’d expect on a flagship motorcycle of the late ’70s. All this, on a motorcycle that could do the quarter-mile in under 12 seconds. 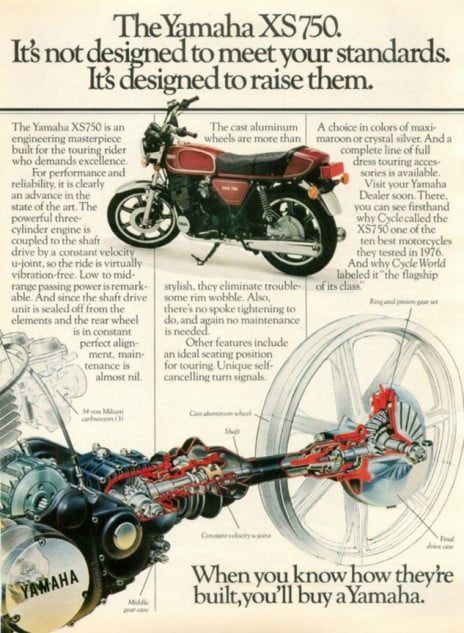 The Yamaha XS750 had stuff like dual front discs and shaft drive, making it popular for its sensibility and rideability, but it was down on horsepower compared to the competition. Enter the 1100! Photo: Yamaha

Yamaha had already set up the XS750 with dual front disc brakes (with a third disc in rear), shaft drive and cast wheels, but it wasn’t exciting customers. So, Yamaha put all those sensible bits on the bigger and faster 1100 model. It made more sense there, and the 1100 was reckoned a better bike. Sure, it was an absolute beast (the earlier versions weighed in around 274 kg), but it was a machine you bought for long miles in the saddle, not for scraping pegs at your local track. The engine was willing, but the chassis was weak.

So, the new 1100 came to market, and then Yamaha decided to spice things up a bit. The sport touring market was getting crowded, so why not branch out elsewhere? Say, into the world of cruisers? 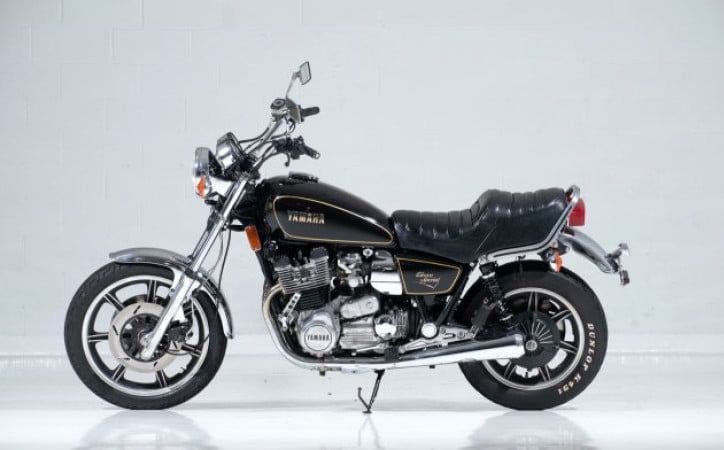 Yamaha was perhaps the Japanese manufacturer that pursued cruiser sales most aggressively in the early 1980s. Photo: AutoTrader

Kawasaki had been the first Japanese manufacturer to build cruiser-style motorcycles, with its KZ900 LTD in the mid-70s. But, this market was still very much Harley-Davidson’s game, and Yamaha decided it was time to grab some of those sales. Its main thrust at the MoCo came with the V-twin Virago, but Yamaha also gave the XS1100 the cruiser treatment. That’s how the Eleven Special came to be.

This was a pattern the Japanese followed through most of the 1980s: Take an engine that worked, throw it into a cruiser chassis with a lower seat, add some pullback handlebars, slap a bunch of chrome on it, and call it a cruiser. The Big Four sold boatloads of these bikes, as plenty of people wanted the Easy Rider look without the made-in-America price tag (the reliability of the Japanese bikes helped too). 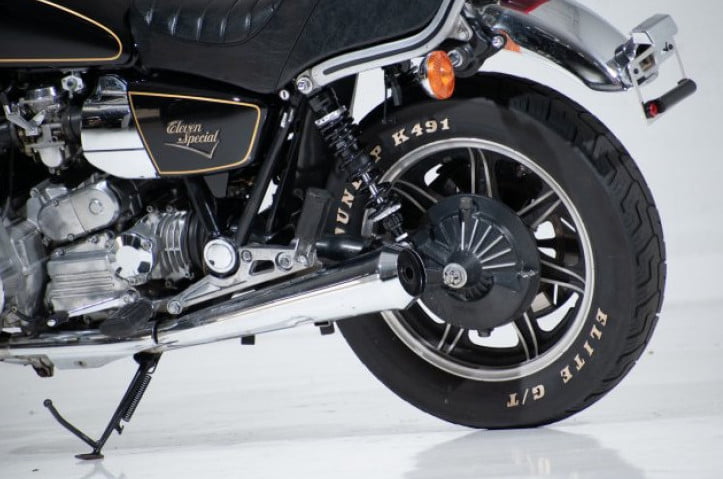 The XS1100 Special had air-assist forks and adjustable preload shocks, working with that cushy seat for a boat-like ride. That inline four was smooth, too, offering a much different experience than the rattly Harley-Davidsons of the day; some people reckoned them smoother than the Euro bikes of the time as well, meaning the big Yamahammer was really a fine mix of all-day touring comfort with cruiser aesthetics.

In some ways, it was more of a forerunner of BMW’s modern K1600 cruisers than it was the muscular V-Max, its sort-of successor in the Yamaha lineup. 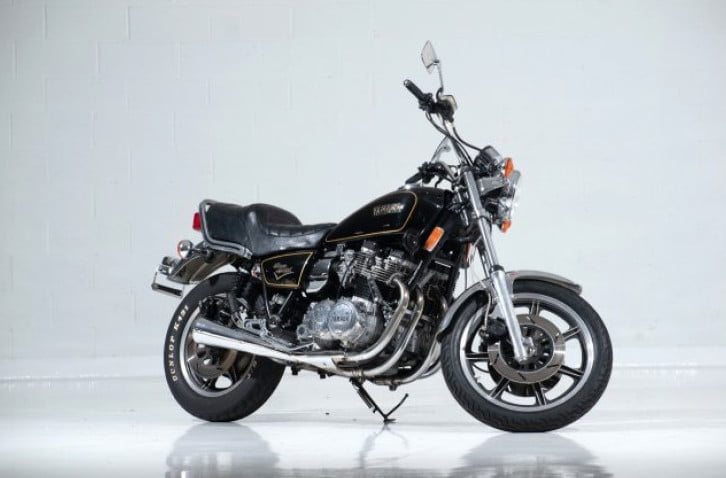 All the chrome seems in decent nick, for a bike that’s almost 40 years old. Photo: AutoTrader

So, what of this machine for sale in Farmingdale, New York? The photos show a clean, stock-condition machine, and a call to the dealer confirms that. They say this bike hasn’t been messed with, that it starts right up and it doesn’t leak oil. Nice! Note, too that mileage is fairly low; take care of this bike, and it should have many, many years of life in it.

Too bad the price tag is so high, though. You can get a new bike with a warranty for $4,500, or you can get pretty close. No matter how beastly this XS11 is, the rubber bits degrade over time, and sooner or later that will likely cause some issues. 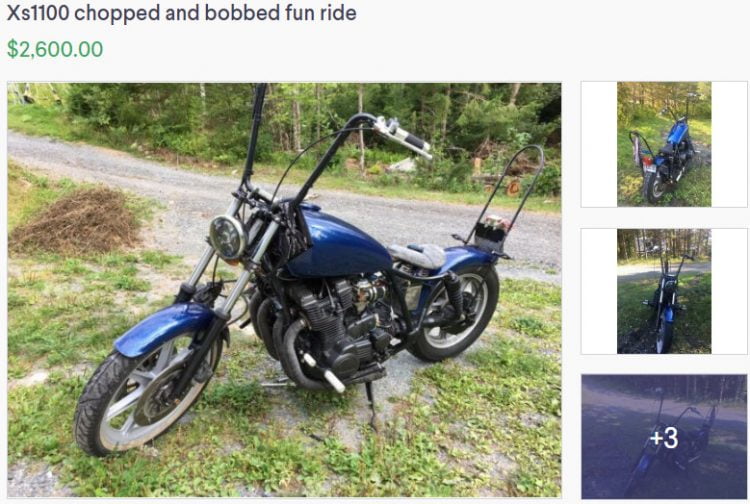 At least the high price will keep this motorcycle from suffering this grim fate! Photo: Kijiji

At least the price will keep the hipsters from buying what’s a perfectly decent bike and cutting it up into a “custom.” So what’s it good for? You could buy it, put it in your living room and look at it, or you could cough up cash, throw on some saddlebags, and start riding back and forth across the country. After all, that’s what the big XS was originally made to do.