The situation: The Japanese manufacturers, having basically destroyed the British motorcycle manufacturers, were preparing to launch an all-out assault on the American industry. Having already taken over most of the touring, off-road, sport and commuter motorcycle segments, the Big Four were going to start building American-style cruisers, and Yamaha was going to push the hardest in this category.

The weapon: The lowly, but reliable XS650, which was morphing into the Heritage Special.

This wasn’t the first Japanese cruiser. Just as the seeds of World War II’s Pacific Theatre were sown in the 1931 invasion of Manchuria, the first signs of Japanese interest in the cruiser market came in 1976, with Kawasaki’s KZ900 LTD. But, that bike was designed in America, featured copies of American aftermarket parts, and final assembly of many, if not all of the models, was done in Kawasaki’s plant in Lincoln, Nebraska. In many ways, it was an American motorcycle with a Japanese engine and frame.

Yamaha didn’t build its new cruiser, the XS650 Heritage Special, in Nebraska; it was made in Japan. However, the “Special” parts were definitely inspired by what was going on in the US custom scene at the time, with input from American dealers and product planners. 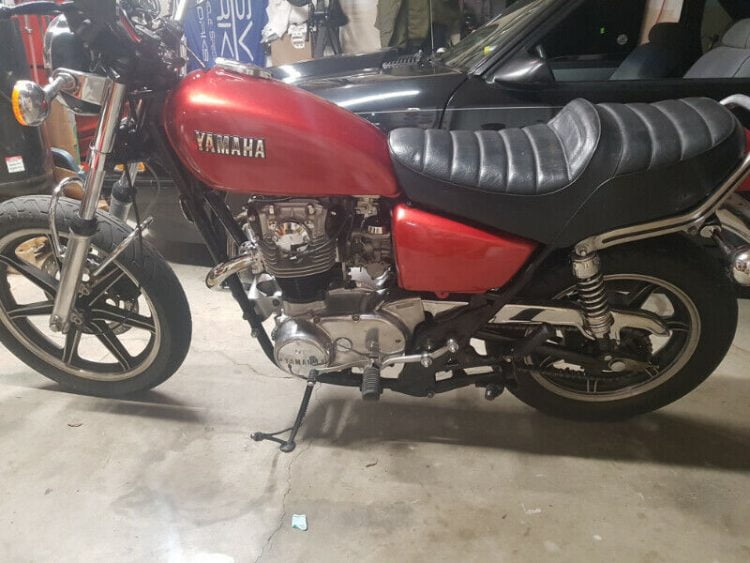 The Heritage Special wasn’t the first Japanese cruiser, but it was one of the first to be built around a more affordable engine. Photo: Kijiji

The main difference between the Heritage Special and the KZ900 LTD was this: The LTD was a hot-rod machine, aimed at capturing customers away from Big Twins. The Heritage Special wasn’t just aimed at the well-heeled buyer, it was aimed at anyone who wanted a cruiser. Now, you didn’t have to buy a big bike if you wanted that laid-back low-rider styling. Compared to the Ironheads of the day, which weighed around 530 lb. wet, the Heritage Special came in roughly 40 lb. lighter, and without the mass of those cast-iron cylinder heads sticking up high. Compared to the Shovelheads of the day, the Yamaha was positively svelte.

The XS650 was a good choice to start a cruiser line for a few reasons. The 650 engine had been in production about 10 years at this point (derived from 1950s-era Horex designs), coming to market as Yamaha’s first four-stroke motorcycle. It was a proven race-winner on flat tracks, if it had proper tuning, so blue-collar Americans were used to seeing it around. As it came from the factory, it was a reliable vertical twin. It had visual cues harking back to classic Brit bikes, which didn’t hurt. There was both electric start and kickstart, sort of a belts-and-suspenders arrangement implying riders could still get home if the battery died (which was actually untrue; on models with an excited coil charging system, kick away, and the bike wouldn’t run anyway).

The engine had one major negative point. There was no counterbalancer, and the 360-degree crank saw both pistons moving up and down at the same time, meaning you had basically the same vibration as a thumper, but with two pistons instead of one. Now, you can buy the parts to have the engine re-phased to a different firing order (277-degree is common), but in 1978, you just gritted your teeth and put up with the vibration. Unless your fillings were falling out, of course. That’s not complete exaggeration; there are plenty of stories of  parts falling off XS650s due to the vibrations.

The buckhorn bars (replaced here with a more standard set), stepped seat and slathering of chrome geegaws set the pattern for other budget cruisers, like the LTD line, or Honda’s Customs. Photo: Kijiji

Otherwise, the rest of the bike looked fairly well put-together. Yamaha threw some buckhorn bars on the bike, and a stepped seat for that custom look. Add in some cast wheels (considered to be very trick in 1978), chromed headlight and fenders, and a peanut-style tank, and you were off. For many owners, these bikes put in years of reliable use. In the early years, the only real issue with most of these machines was speed wobbles, which were corrected by replacing chintzy plastic swingarm bushings with proper bronze parts.

Now, 40+ years later, the list of potential problems is much longer. Like most Japanese machines of the 1970s and 1980s, the charging systems had a habit of self-destructing after many years of use, meaning a new stator, rotor or regulator/rectifier is often required. Carburetors often require a rebuild, the shocks get worn, the wiring gets chafed and then goes dodgy.

However, this is nothing you wouldn’t expect of any decades-old bike, and to the credit of the XS650, it really doesn’t have any fatal weakness that characterizes other machines of this era. It’s easy to service, and there’s a very strong aftermarket for it still. In fact, it might be one of the easiest classic bikes to keep on the road, thanks to outfits like Mike’s XS. Despite the limitations of the chassis, it’s also a fairly fun cruiser to ride, with handling more akin to a standard motorcycle than a slammed, butt-dragging low rider. 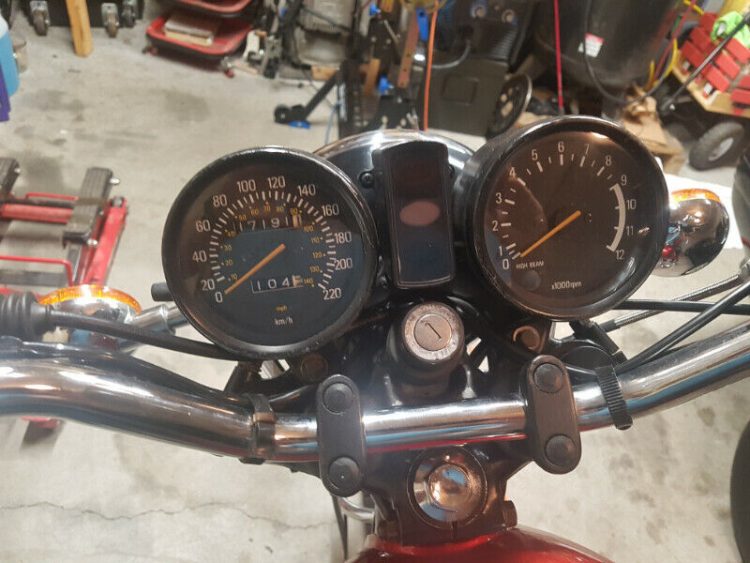 That’s low mileage on the clocks, and these bikes will run for a long, long time with proper maintenance. Photo: Kijiji

That’s still not going to cut it for many vintage bike fans, who’ve never really taken to old-school Japanese cruisers. And, they have a point. It’s extremely cheeky to call the XS650 a “Heritage Special,” when Yamaha had no heritage of building cruisers in 1978. Looking back, you’ve got to admit the name might have been false advertising at the time, but now it’s a good example of a bike that really pioneered about a decade’s worth of motorcycles. Once the Heritage Special came out, the machines came from Japan in a flood, machines like the KZ440 LTD, the Honda CB450 Custom, the Suzuki GS400T—and the world snapped them up. Now, everyone could look like an Easy Rider, not just Harley-Davidson owners. Later, the Japanese started putting V-twins into all these bikes, but in the early years, they just used what was handy, and there were plenty of happy buyers.

Sooooo … this 1981 Yamaha XS650 Heritage Special II, for sale in Trenton, Ontario, appears to be a relatively well-preserved specimen. Many of these machines were hacked into bobbers or brats, or even choppers, but this one’s been spared the Sawzall, and actually appears to be well set-up. According to the ad, it’s got “new front pads and sport rotor,braided brake lines, optional front brace, progressive front springs, rear swing arm bushing kit, XS 2-1 exhaust, powder coated frame, fresh tank paint with new cap gasket, engine has all new seals and gaskets, new chain, new battery.” The asking price of $3500 CAD isn’t cheap; you can get a new motorcycle for not much more money. But it’s also not terrible, if the bike’s in good running order. A restored bike is going to cost money, and just think: instead of searching down parts, you can just go riding.