When it debuted in 1969, the Honda CB750 was hot stuff. By the early ’80s, not so much. While still reckoned a very respectable motorcycle, eyes had turned towards the 900-1300 class monsters, or even towards the V4 stuff that Honda and the rest of the Big Four were coming out with. It’s not that air-cooled inline fours wouldn’t get the job done – they were still very successful in racing – but everyone knew better things were ahead.

Still, Honda had to put something out on showroom floors, especially in the US, as it was still A Market That Really Mattered in those days. If the CB750 wasn’t going to blow the pants off riders with its horsepower, as it did a generation earlier, why not instead wow them with its practicality? Thus was born the original CB750 Nighthawk in the early ’80s (or this version, the CB700—more on that later).

The Nighthawk had the updated DOHC engine, which had already been around a few years, but the engineers didn’t just empty the parts bin, slap a few new components on the face of the bike, and call it a day. Instead, they approached this project very practically. It’s almost as if they set out to build a motorcycle that had the owners riding more, and wrenching less. 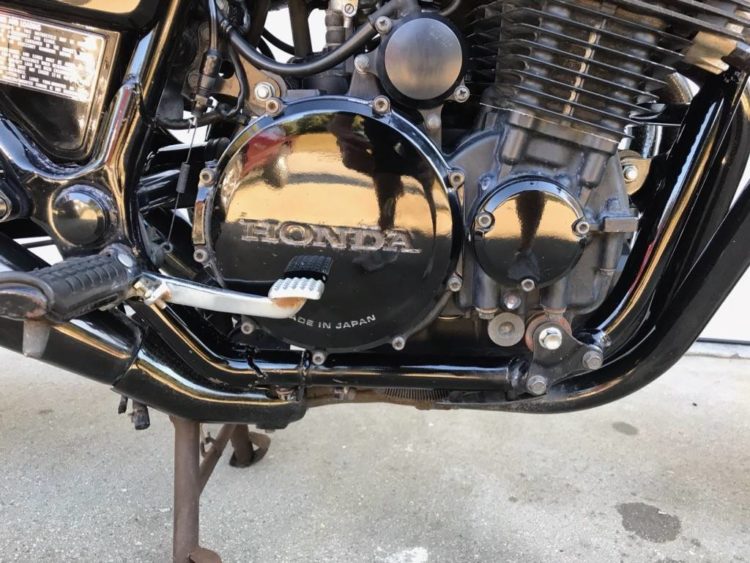 Clean, clean, clean! It’d be interesting to hear how that engine sounded, though. Photo: CycleTrader

To make owners’ lives easier, Honda junked the chain drive and went with a shaft drive. Presto, no more fussy chain adjustments! And what about valve adjustments? A valve job isn’t too tricky on a thumper, or even a twin, but it can get a bit fussy with an inline four. Best to put in hydraulic self-adjusting valves, to minimize the hassle.

Air cooling meant there was no coolant to worry about. Really, an owner could get away with doing nothing but topping up the gas tank, changing the engine oil, maintaining the tires and occasionally checking the driveshaft for years.

As such, the Nighthawk became a very popular machine for many owners, even though it wasn’t the cutting edge of motorcycle technology. It got the job done, and was still a pretty fast machine, with very good looks to boot. Even today, the bike still looks good for the most part, except for those dual rear shocks and the rear drum brake, maybe. Although, you could argue those components add to the bike’s mid-80s charm. It was certainly a much better-looking machine than the CB650 Nighthawk, which had many of the same interesting features, but was butt ugly in its day, and remains so decades later.

The Nighthawk wasn’t aimed at performance, but a few features did improve its rideability, at least for some. The bike’s oil was kept in the frame, which allowed Honda to make the engine more compact and lower its height. Same for the charging system’s generator, which was behind the cylinders for a lower-profile engine. 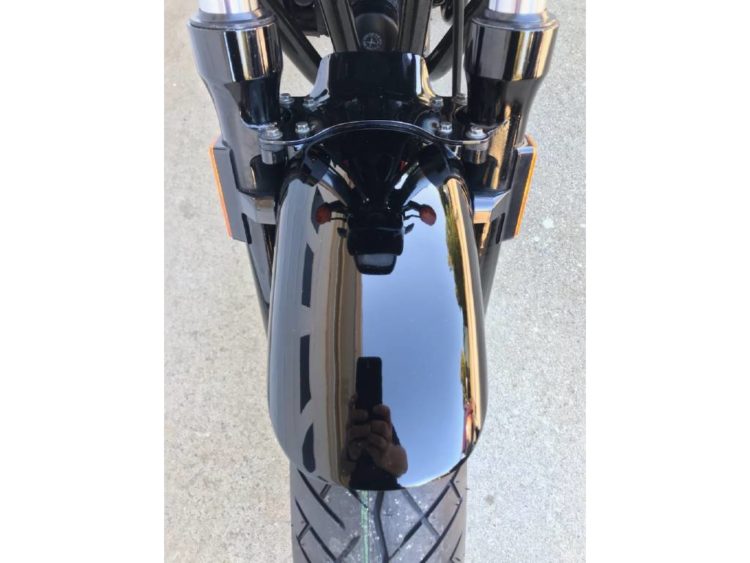 Bodywork’s in great shape! And that’s an oddball 16-inch wheel there, or at least it should be. Photo: CycleTrader

Honda also put a 16-inch front wheel on the bike, which might make it harder to find decent rubber today, but was considered by some to be a good idea at the time, as it quickened handling.

And, even though the inline four engine was getting a bit dated by this point, it still held its own against the competition … especially if that competition had the initials “Harley-Davidson.”

See, Harley-Davidson is why this particular machine for sale in Georgia is a 700, not a 750. Older riders already know this, but in the early ’80s, Harley’s bikes had reached an all-time low, just as the competition was really ramping up, thanks to the Honda Shadow, the Yamaha Virago and other similar machines. The MoCo asked the government to do something, so the US got a tariff on motorcycles 750 cc and up. Although the Nighthawk probably wasn’t a thorn in H-D’s side, it was caught under the rules. Honda decided to downsize its 750s to 700 cc in the US market, to circumnavigate the tariff, and that’s why this is a CB700, when the rest of the world would have had a CB750.

The Nighthawk went on hiatus for a few years after ’86 (this should be the last year for this generation), and when it came back for the ’90s, it was back at 750 cc in the US. 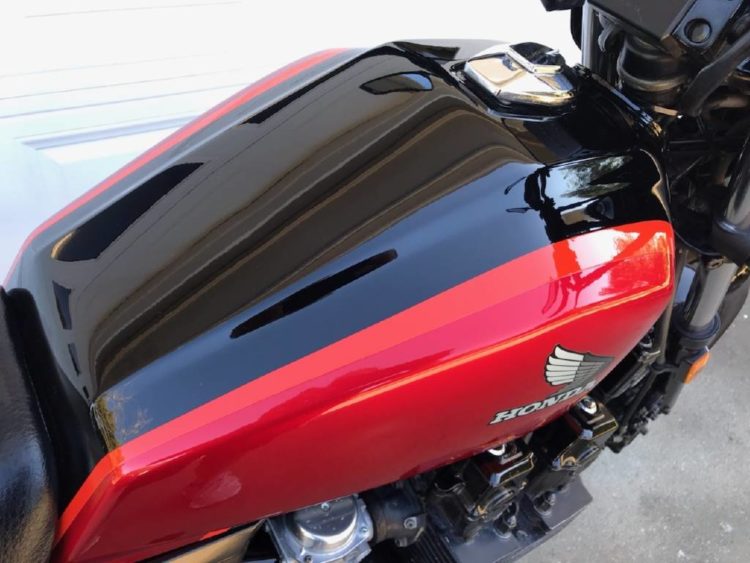 At this point, a motivated owner could easily turn this into a 750 after purchase, but why would you? It’s not going to turn this machine into a superbike, and frankly, this looks like a pretty well-kept ’80s bike. As the ad puts it, “you can see that this bike is very clean and is ready to ride or enter a show which is its future in January 2020 if not sold.” The seller says there are lots more photos of the machine, if you need them, but the posted snaps are good enough to get the idea. The other details in the ad sound good as well, if they’re true: new brake pads, battery, gearshift shaft seal, petcock, fork seals, fork oil, pulse generator, NGK plugs, and so on. The owner also cleaned all the electrical connections and put dielectric grease in them. Chances are the charging system, a constant bugbear on ’80s bikes, is in decent nick then.

And while it’s true you could get a much newer bike for $3,800, you could also probably do a lot worse. This is a machine that would work as either a show bike, like the seller says, or you could probably put many miles on it as a rock-solid daily rider. The choice is yours, if you have the cash.