Although they’re popular in many countries, there’s no question that when it comes to the USA, cruisers are king. And in the 1990s, one company decided it would build the most kingly cruiser of all. In a time when big money was really starting to take over the V-twin scene, Boss Hoss took the excess a step further, and introduced its line of V8-powered motorcycles and trikes. And no, these weren’t some sort of trick, tiny V8s, like some Japanese skunk works project built in the ’60s to win a GP championship. These were massive V8 automobile engines, as normally seen in four-wheeled dinosaurs from Detroit.

Boss Hoss started business in 1990, in Dyersburg, Tennessee, when founder Monte Warn put together his first V8-powered bike. Warne was a commercial pilot and aviation technician by trade, so he had a background in fussy mechanical things. There were two key aspects to his design. First, Warne used a short, right-angle-drive transmission (single-speed) that kept the bike’s overall length down (current models have a two-speed gearbox). Second, the machine was big and imposing, but it did look like a cruiser. Occasionally, you’d see other one-offs built around V8 motorcycles, but the dimensions ruled them unusable for the street (there’s a lovely drag bike in the Barber Museum that’s a good example), or they just didn’t look like a cruiser. 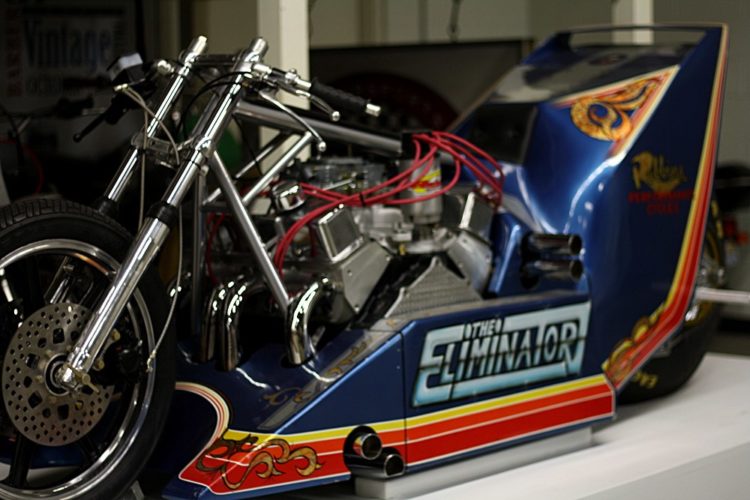 Before Boss Hoss, this was a more typical V8-powered motorcycle. Photo: Zac Kurylyk

Warn wasn’t the first to build a motorcycle powered by a car engine; over the years, particularly in pre-war Europe, designers had tinkered with this idea. The most famous example was likely the Munch Mammoth, built in the 1960s around an NSU car engine; it was a good-looking bike, but not a cruiser. Down in South America, the Amazonas line of bikes used a Volkswagen Beetle engine, resulting in machines with horrible reputations and a Mad Max look. The Boss Hoss line was an all-American bike, with looks that appealed to the if-you’ve-got-it-flaunt-it 1990s, and muscle provided by Chevrolet.

Boss Hoss has never been a mainstream brand, certainly not on the level of Harley-Davidson or modern-day Indian, but 25-30 years ago, small-volume cruiser production was more of a thing (remember Excelsior-Henderson, or the bottlecap Indians?), and Boss Hoss carved out a nice little niche for itself. With its factory right on the edge of the midwest, where there are few super-twisty roads, a massive, heavy motorcycle with brutish power didn’t seem quite so silly. And the bike V8 machines did have some very positive aspects. 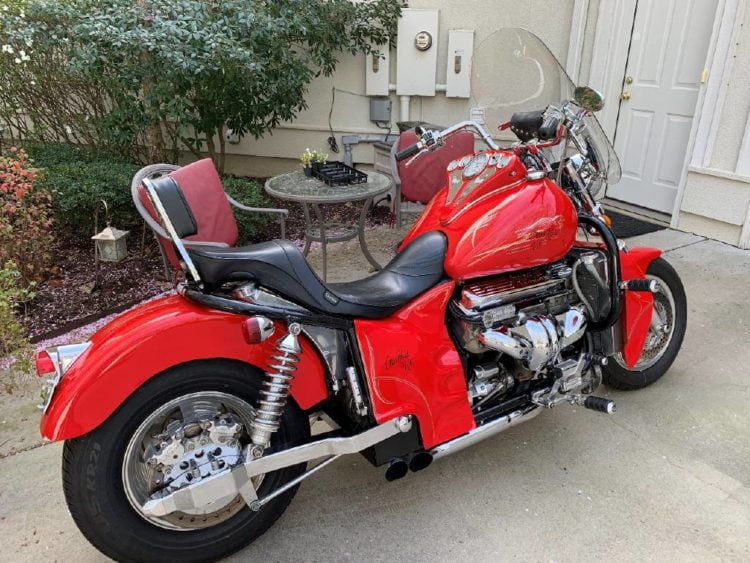 Certainly not a sleek supersport. These bikes were fast, but only in a straight line. Photo: Cycle Trader

If you really had the need, the need for speed (in a straight line), the basic Boss Hoss was powered by the same 350 ci engine that Chevy used in its Corvettes, and it was very smooth compared to the era’s lumpy V-twins. If you were scared of all the power, Boss Hoss offered a V6-powered machine at some point , but that just seems a bit wimpy. Instead, the standard Boss Hoss customer was more likely to covet the various high-output offerings, as Boss Hoss would offer Chevy engines with well over 300 hp, and of course many customers didn’t stop there. Many go-fast car parts would fit onto these engines, and owners would push them to 400 hp, or even further. The sky was the limit! Or maybe the buyer’s bank account was the limit? Either way, these bikes, which already bordered on the ridiculous, could be pushed to cartoonish horsepower levels.

Alas, all that power was not necessarily a great idea, as the earlier V8 models were not known for sporty handling. Sure, some owners would rave about the low centre of gravity and easy balance, but corner-hungry journos were often less impressed. The bikes were massively heavy (well over 1,000 lb.), and some components, like the forks, were actually Harley-Davidson parts, built for smaller bikes. Fit and finish was a bit iffy on earlier machines too, but hey—what do you expect from a bike that’s being built in a small shop, by a crew that’s likely figuring things out as they go? 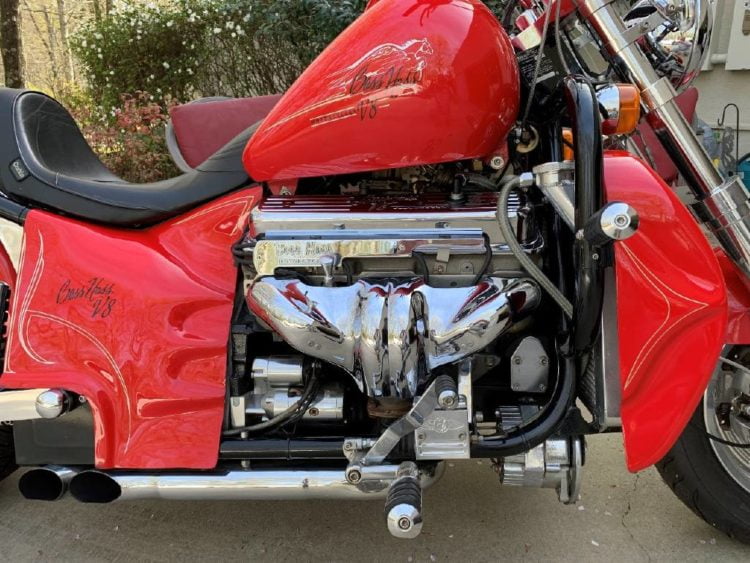 If you want a V8-powered bike, Boss Hoss is still the king of the market, and current models are much better-handling and have more refinement than the originals. But that doesn’t mean the originals aren’t fun. Photo: Cycle Trader

Given the carnage in the world of American custom motorcycles, it’s hard to imagine that Boss Hoss would survive 30 years, but the company has. To its credit, Boss Hoss has worked on improving its products over the decades, and while it still makes big, heavy bikes, they’re not quite so scary to ride anymore. The wheelbase has been shortened, the suspension has been beefed up, and the chassis had been improved, and of course there’s still a massive V8 to put a dirty tire-shredding smirk on your face, if that’s your  thing.

This Boss Hoss for sale in Alabama has a few interesting features that might appeal to some buyers. First off, the seller claims it was the first model produced for 1997, with a VIN that reflects that. Second of all, it’s got the ZZ4 engine package, the high-output small-block V8 option that is going to be even more stupidly powerful than the base model. Mileage is low, and the buyer claims this was used by Boss Hoss as a show bike. The bike’s had a tune-up at the Boss Hoss factory (although it doesn’t say when that happened), and the gas tank was lowered for easier riding and a different look. There’s a Corbin leather seat, a Boss Hoss jacket and T-shirt, a stainless steel rack, and a repair manual included. If you’re sitting on $13,500, and you want to remember the days of cruiser excess, this is a good way to do so. Or, you could just go buy a new KTM 790 Adventure for the same money …