Want the original big-bore Honda adventure scooter? Get yerself out to Escondido, California, and you’ll get your chance—a dealer out there has an ’06 Honda Big Ruckus for sale, and it looks like it’s in excellent shape.

This middleweight scoot is a reminder that the present is usually just a recycling of the past. See, Honda’s adventure scooter line is big news these days. The CT125 Hunter Cub might be one of the most-anticipated models for 2020, even if it’s just a small step-through with an air-cooled 125cc minibike engine. Honda’s also got the ADV 150 adventure scooter coming out in North America, and in other markets, it’s had the X-ADV for sale since 2017, based around the same engine as the NC750 line. Most people are treating the idea of a ruggedized scooter as revolutionary, but others can see through the hype and remember the trusty CT machines—sort of half-motorcycle, half-scooter hybrids that served as sensible bad-road bikes for decades. And then there are others who point out, hey, isn’t that kind of what the Ruckus is, too? And hey, didn’t Honda even make a Big Ruckus at one point? 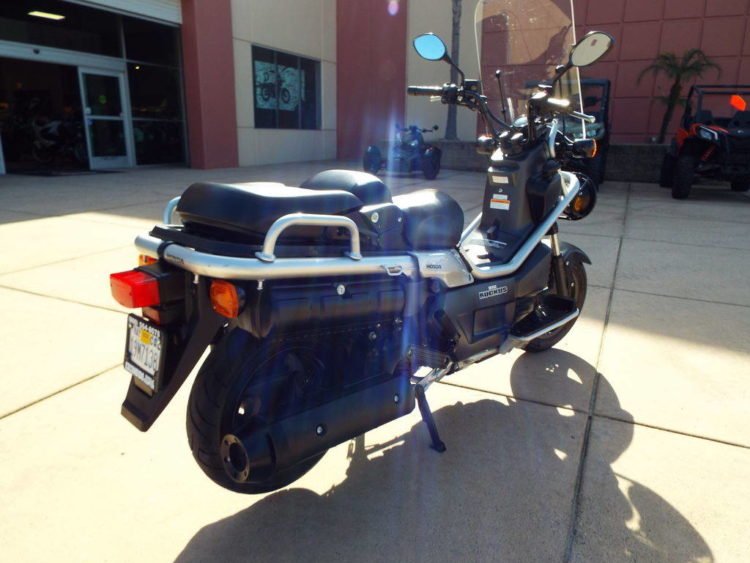 Alas, no underseat storage! There was a utilitarian tool tube on the side, but no trunk under the seat. At least the flip-up rear seat meant you could strap an absolutely massive pack on the back of the Big Ruckus. Photo: Cycle Trader

The thing with the Big Ruckus is, it wasn’t in production for very long. Honda only sold this goofy-looking scooter from 2004 through 2007; it was intended to be a big brother to the Ruckus scooter (also called the Zoomer in some markets), which had debuted in late 2002. The original Ruckus/Zoomer was rugged-looking, with lots of exposed steel frame tubes and big, googly headlights. It looked kinda-sorta offroad capable, although in reality, it was best-suited for smooth gravel roads around cottage country (although some adventurers have pushed the machine’s limits, for sure).

The original Ruckus had an understressed air-cooled four-stroke 49cc engine, and many riders liked the styling, but wanted more power. Honda’s answer was the appropriately-named Big Ruckus. The Big Ruckus came with a liquid-cooled 249cc OHC single-cylinder four-stroke engine, the same motor found in Honda’s NS250 Reflex. As you’d expect, it had a twist-and-go throttle, as the CVT meant no need for shifting gears. It got fairly decent gas mileage, around 65 mpg average, but had a reputation for being a bit of a dog. It made around 19 horsepower and 15 lb-ft of torque, which wasn’t terrible—but while it made OK power, the Big Ruckus’s transmission was poorly designed, making for underwhelming acceleration.

The wimpy power was a disappointment, but you could learn to live with it, at least. The other big disappointment with the Big Ruckus was the limited capability to handle rough terrain. Sure, any sensible buyer would know anything with 12-inch wheels would have extremely limited offroad capability. However, when the Big Ruckus looked like a GS adventure bike (check out all that tubular steel chassis on display, and those big dual headlights!), some were expecting a bit more capability to handle bumps. Alas, they were disappointed. 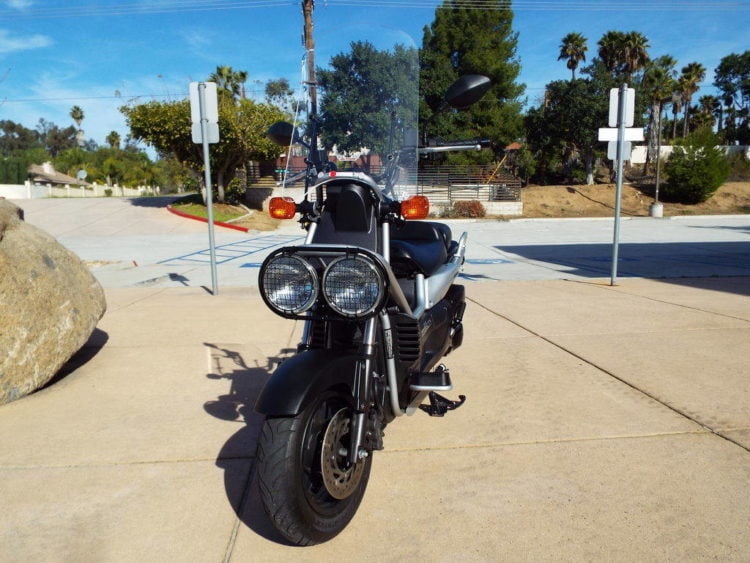 In reality, the Big Ruckus handled a lot more like a cruiser than it did an adventure bike. That flip-up rear seat, that turned into a backrest for the rider, should have been a major clue here, as well as the fact that the footrests were really a set of cruiser-style floorboards—feet-forward extended controls have never been conducive to riding rough roads.

Another disappointment: the Big Ruckus was expensive. It didn’t have the same blend of affordability and goofiness that made its 49cc little brother so popular. Buyers just didn’t take to it, and after after very little time in the lineup, Big Red axed the Big Ruckus. The 49cc Ruckus/Zoomer is still sold today, with massive aftermarket support, but barely anybody pays attention to the short-lived, larger version.

That’s not to say the Big Ruckus was a total failure. Although it had a limited production run, it was an extremely practical machine with a lot of carrying capacity, if you wanted to haul some gear—although the unique design meant there was no underseat storage, a big turn-off for traditional Vesparados. There was a front rack, a massive rear rack under the flip-up seat, and while it wasn’t fast enough to be comfortable on divided highways, it could run all day long on secondary roads, and it was fairly comfortable for long days in the saddle. 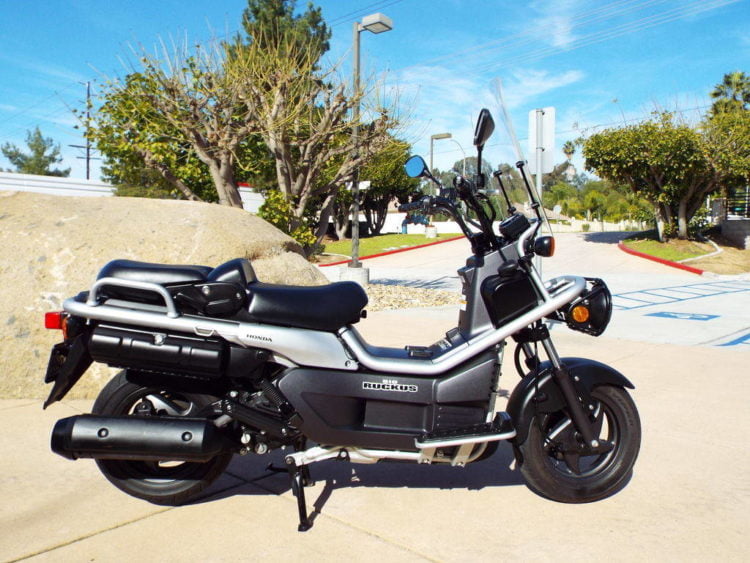 Honda’s had hits, and plenty of misses. The Big Ruckus was a big miss. If it debuted now, would the market be more appreciative? That question might come down to pricing. Photo: Cycle Trader

Curious for more deets on these unusual machines? It seems the TotalRuckus website is down at this point, so if you wanted to get more information there, you’d be out of luck. There are several Big Ruckus threads in ADVrider’s Battle Scooter sub-forum at least, so if you had specific questions about this machine, chances are you’d find the details there.

This particular example, for sale at Escondido Cycle Center, has only 4,369 miles on the odometer. That’s very low mileage, and the machine appears to be well-preserved. There are no obvious modifications except for the windshield. Unfortunately, the price tag is extremely high, at $4,999—but you can always shoot the dealer an offer at least. Chances are, though, the new CT125 Hunter Cub’s price tag will be in a very similar ballpark. It’ll make less horsepower, but at least you can get hop-up parts for the Grom community to take care of that issue.