In all the years I’ve been riding and around motorcycles and motorcyclists in general, I’ve never heard anyone say anything good about the Suzuki GS500. I mean, sure, the bike has its fans; there’s a great forum that’s focused on the GS500, as well as Facebook groups. Suzuki made the bike for decades, so obviously there are plenty of them out there. But nobody I ever talked to personally has said anything nice about this motorcycle.

It’s puzzling to me, because I think the GS500 deserves considerable respect just for being a survivor. It was one of the last machines of the once-strong UJM invasion that began in earnest in the 1970s, and it was really only outlasted by the Yamaha SR400.

The GS500’s roots lie in the GS400, introduced in 1976. This machine was introduced to go toe-to-toe with Honda’s CB360, and also snatch sales away from the Kawasaki KZ400 and Yamaha XS400 (which was introduced the same year). The Big Four seemed to think: If we can muscle our way into the middleweight class (550-650 cc, in those days) and heavyweight class (750-900 cc, in those days), why can’t we build similarly tough bikes in the 400 cc class, and really thrash all the competition?

For various reasons, these bikes never received the love of the bigger Japanese bikes of that day. However, they filled out the lineup for years, with the occasional bump in displacement. The GS400 was eventually turned into the GS425, and then the GS450. Through the 1970s and 1980s, the whole GS line was one of the greatest success stories in the history of motorcycling, but towards the end of the ’80s, Suzuki moved towards the future with the GSX-R and Katana lines. In North America, the GS bikes were all eventually cancelled, except for one: The new-for’89 Suzuki GS500. 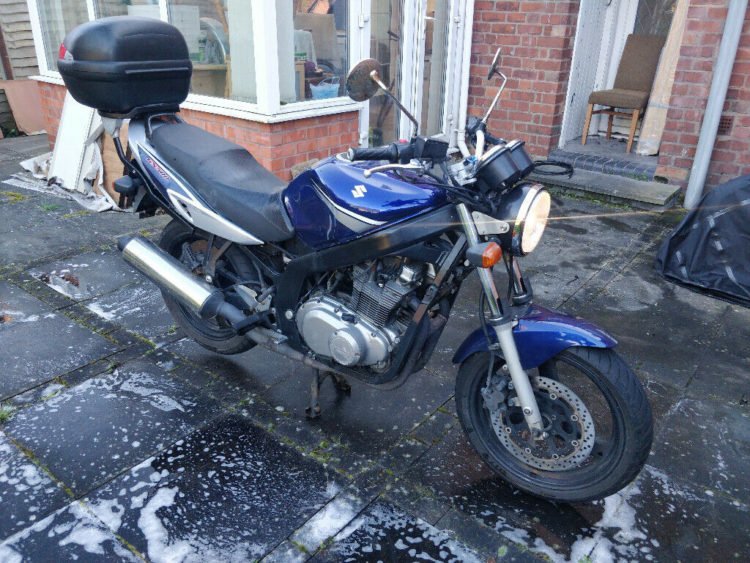 Some rust on the frame, it looks like (classic Suzuki fit-and-finish woes, probably compounded by wintertime commuting duties), but overall, not looking too scabby. Photo: Gumtree

The 500 had a DOHC air-cooled parallel twin that owed much to the old 450 (basically the same engine, but with a larger bore to boost displacement). Its styling was fairly modern for the day; it looked a bit like a streetfighter, before streetfighters were even a thing. The lamentable styling excesses of the 1980s were gone. The look was so stripped-down that you could probably put this motorcycle on a showroom floor today, and it wouldn’t look terribly out-of-place (especially in a Suzuki showroom, where most of the bikes are older designs anyway).

There was one major problem with the powerplant, though. To get this bike through EPA emissions testing, Suzuki ended up jetting it extremely lean. After everything warmed up for a few minutes, these bikes ran well, but in the US market, they had a horrible reputation for running like crap when cold (some testers found the jetting still problematic after reaching operating temperature, too). 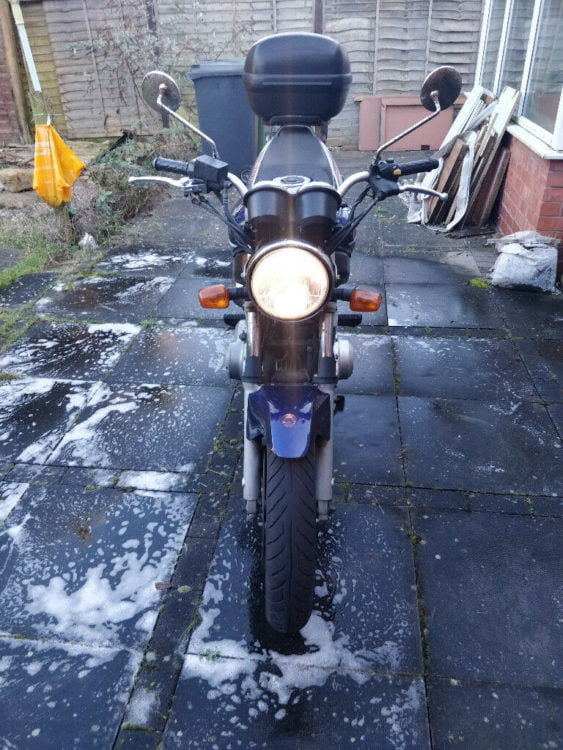 Replace those indicators with some modern LEDs, and this bike doesn’t look too ancient, really. Well, except for that round headlight; modern designers would demand some squished-praying-mantis look. Photo: Gumtree

Other than that, these machines seem to be free of the problems that earlier GS twins faced (dodgy electronics, weak top ends). The 500 twin had the longest production run of all Suzuki’s iconic GS line, available well into the 2010s in some markets. And just like those early GS models, you can play a lot of mix-and-match with this bike. Don’t like the rear shock? Easy, swap in a used SV650 unit. Don’t like the single-disc front end? Easy, find a GSX-R front end that would fit. Same goes for the wheels, footpegs and other bits. Although the aftermarket never really supported this bike very well, there was no real need for it. A lot of the parts could be upgraded with cast-offs from other Suzuki motorcycles. Was that a design feature? Hard to say, but it’s standard Suzuki practice, which is one of the reasons so many DIY types love their older bikes (the low prices and simple tech are obviously quite beneficial as well, if you’re a cheapskate …).

Along with the early naked version, Suzuki introduced the GS500F sportbike in 2001—essentially the exact same, but with a 20-litre fuel tank and a relatively tidy fairing (this  version weighed about 435 lb wet, which is again certainly close to the CBR500’s specs). It was sold like this for quite a few years, serving as an entry-level sportbike in the era where supersports dominated the showroom floors. It never had quite as much zip as the Kawasaki Ninja 500, its greatest competition, but you do see quite a few of them around on the used market still.

It’s the naked machines, like this 2006 Suzuki GS500, that are getting a bit rare now, at least in good nick. They were low-priced in their day, and many of the buyers weren’t exactly fussy about maintenance, and that’s starting to show in the used market. Instead of a top-condition machine, you’re more likely to find a pair for sale, one of them “for parts,” the other one “running, but needs the carbs adjusted,” and so on. 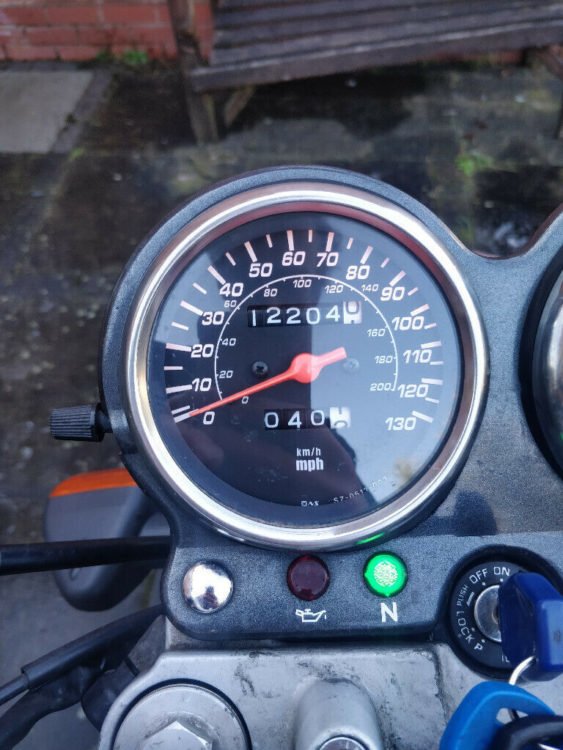 But if you find one hat’s been well-kept, you just might get yourself a deal. While very few people hold the GS500 up as an all-time great, it will work as a commuter, a budget touring bike, or even a cheap track-day tool, if you want. They’re easy to work on, cheap to maintain, and they’re a machine with a long heritage, even if it isn’t the most glorious lineage. If you’re near this one for sale in the UK, it might be worth a look, if you’re in need of an affordable bike. Asking price is £1,000 or “any reasonable offer.” It’s got two keys, new battery, rectifier, spark plugs and bulbs, and a Givi cover and topbox. Not bad for a grand, or less.