Welcome our 4 Sale series about interesting, unique or weird bikes for sale online. Note: This is not an advertisement. ADVrider is not affiliated in any way with either the seller or marketplace. Do you know of any unique bikes for sale? Let us know by filling in this form.

Over the course of Harley-Davidson’s history, there have been many company decisions that left motorcyclists wondering what the MoCo’s bigwigs were thinking.

Sometimes, those decisions proved to be savvy business moves (See also: 1971 Super Glide). And then, there were decisions like the V-Rod, which was one of the best motorcycles the company every made, or a massive sales flop, depending who you asked.

However, in recent history, few moves have been as controversial as the 2009 decision to axe the entire Buell division.

Buell was, for many American riders, an inspiration, a hint that someday, someone would Make American Motorcycles Great Again. By the 1980s, all Harley-Davidson and its copycat competitors were building were cruisers. Some of those cruisers were really good, and some of them weren’t, but if you wanted more performance, too bad for you. Nobody was building sportbikes, streetfighters or adventure bikes in the USA.

Nobody except for Buell, that is. 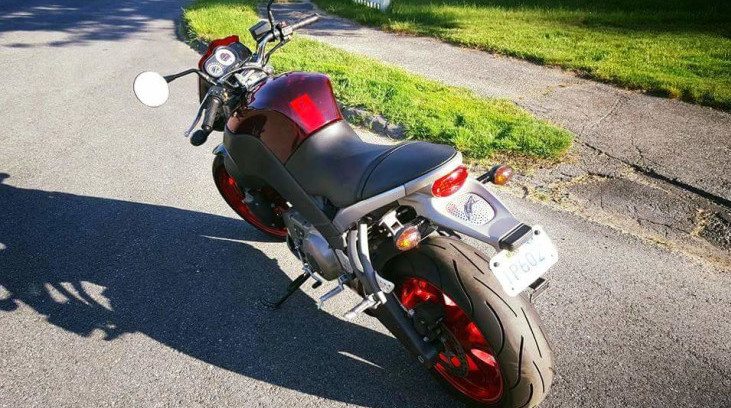 A very short and solid motorcycle, with a lot of interesting design points. Not everyone was convinced things like the ZTL brakes worked that well, though. Photo: Autotrader

Buell was named after founder Erik Buell, the inventor/engineer/motorcycle designer who started building non-cruisers based around Harley-Davidson engines in the 1980s. Eventually Harley-Davidson brought him back on board (he’d worked for Harley-Davidson before going out on his own), making Buell an official department of the company in the early ’90s. You could go into a Harley-Davidson dealership and ogle cruisers, but if you fancied a more sporting machine, you might see a Buell-badged alternative in the corner of the building. The tech was more up-to-date than the rest of the Motor Company’s lineup, but the engines were still based on existing H-D componentry.

Buell’s designs evolved with the times. Early efforts were sort of clunky-looking, but no worse than most sportbikes of the late ’80s and early ’90s. By the early ’00s, Buell was making some pretty interesting motorcycles, particularly streetfighters, like this 2008 Lightning.

The Lightning had many of Buell’s design trademarks. The fuel was carried in the frame, and there was a zero-torsion-load perimeter front brake. There was a belt final drive, and an underbody exhaust helped centralize weight. The swingarm doubled as an oil tank. The whole thing was a very compact, tidy package, designed for quick handling.

This particular example for sale is a Lightning XB12S, meaning the engine is a reworked 1,202 cc Sportster V-twin, with significant modification for this application. That’s both good and bad. Buells were never known for having great gearboxes, as they retained the agricultural shifting characteristics of their Harley-Davidson forebears. The five-speed tranny in this Lightning is no different. Of course, even with a bit of tweaking, Erik Buell was never able to coax high revs out of these motorcycles, so power delivery remains grunty and low in the RPM range; thankfully, that works well for a naked bike.

Other problems that were unique to the Buell line included a tendency to eat drive belts, which can be remedied with aftermarket parts (good luck finding them now, though!). 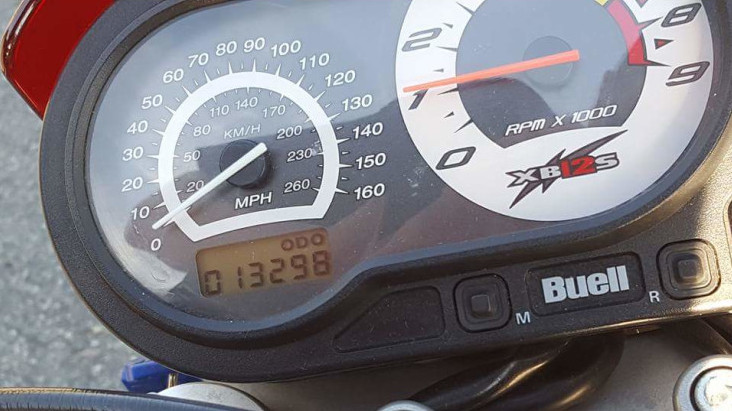 The good thing about the Harley-Davidson ancestry is that many parts for the Sportster will also work in the Buell engine.

Although equivalent machines from Japan like the Z750 were better bikes in many ways, the Lightning line produced some of the most visually iconic naked bikes of its era. Stylistically, it wouldn’t be too cheeky to suggest it belongs up there with the Ducati Monster and Triumph Speed Triple.

With that in mind, is this bike a good buy, at $3,000? You couldn’t really  say without seeing it in person. But. it’d be much easier to keep this machine on the road than one of Buell’s later creations, made under the Erik Buell Racing banner after Harley-Davidson cut him loose. It’s not unlikely that Buells will have a fair amount of collectability someday, so now’s the time to buy them, while they’re still relatively cheap.

If nothing else, the machine can sit in your garage and serve as a cautionary tale about making unwise business decisions. Not because you bought another motorcycle you don’t need, but because Harley-Davidson is now undoubtedly wishing it hadn’t killed the Buell lineup in ’09. All the talk in recent months about developing a new streetfighter and adventure bike—you don’t have to go very far back into the Motor Company’s history, and it had those bikes in its showrooms already. It’s really too bad, because if Harley-Davidson had been able to keep Buell’s side project running for the past decade, it wouldn’t be in such a panic to reinvent its own lineup now.

Photography
Do You Use A Drone? Would/ Should You?