When you think of Harley-Davidson race efforts, you mostly think flat track racing. The XR750 is the most successful race bike of all time. Sure, it had some help from the AMA rulebook, but it’s still a legendary motorcycle.

Or, you might think of drag racing. Harley-Davidson sponsors the successful Screamin’ Eagle Vance & Hines team in the NHRA Pro Stock Motorcycle series, and many, many other drag racers have used H-D machinery over the years, especially when Harley-Davidson sold the Destroyer, a factory drag bike based on the V-Rod.

What you don’t think of: Roadracing. Although Harley-Davidson did have the VR1000 in the 1980s and 1990s, and Lucifer’s Hammer before that, the Motor Company hasn’t really done much roadracing since the Japanese muscled their way into the global market. But back in the late 2000s, Harley-Davidson wanted to try something different. That’s how we ended up with the XR1200, a Sportster that came with its own spec series. 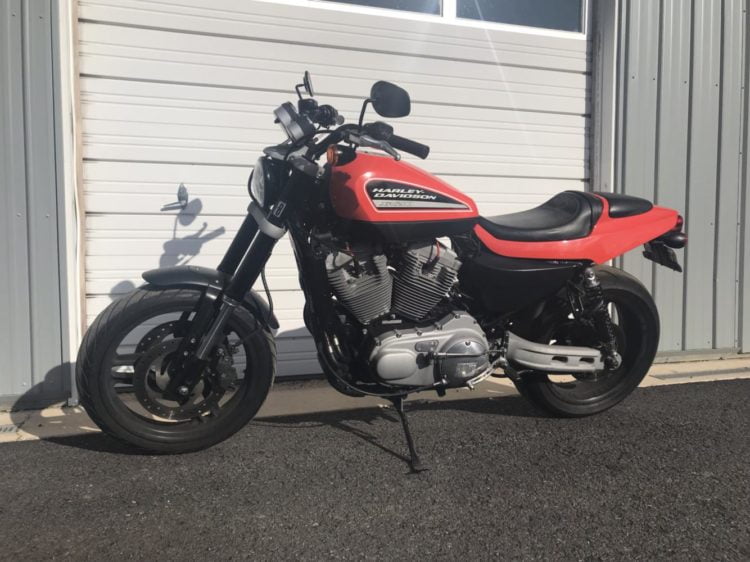 That big 1200cc engine only made 90ish horsepower at the crank.

Harley-Davidson introduced the XR1200 in 2008, a few years after overhauling the Sportster line with rubber-mount engines (to reduce vibration) and added electronic fuel injection. If you squinted at the XR1200, you could see some early ’80s superbike styling—but most of all, you saw the XR1000.

Back in 1983, Harley-Davidson built the XR1000, a performance-oriented version of the Ironhead Sportster with dual disc brakes, high-mount exhaust, hot rod engine and a factory street tracker look. The XR1200’s name and its factory flat tracker look were obvious callbacks to the 1000.

The original  XR1000 was a mean-looking machine. Harley-Davidson went to considerable effort to make sure the engine had lots of zip, especially as this came close to the end of the Ironhead V-twin run, and it was pretty dated. Unfortunately for Harley-Davidson, the XR1000 didn’t sell well, and it only lasted a couple of years in the lineup. It was a heavy, expensive bike when compared to Japanese competition, which didn’t help.

Flash forward to 2008, and Harley-Davidson decided to try this again, sort of. The XR1200 was more visually smooth than the stripped-down 1000. H-D hotrodded the XR1200, same as it did with the XR1000, with high-compression pistons, oil-cooled heads, hotter cams, 50mm downdraft throttle body injectors, an electronically-controlled active intake system. This gave it more zip than the standard Sporty.

Harley-Davidson also installed better brakes up front, with opposed-piston, four-pot calipers mated to 292mm discs. Add in some decent Dunlop Sportmax Qualifier tires, rear-set footpegs, a tucked-forward riding position, wide handlebar and Showa front forks, and you you could hustle the XR1200 through the twisties without scaring yourself too badly. 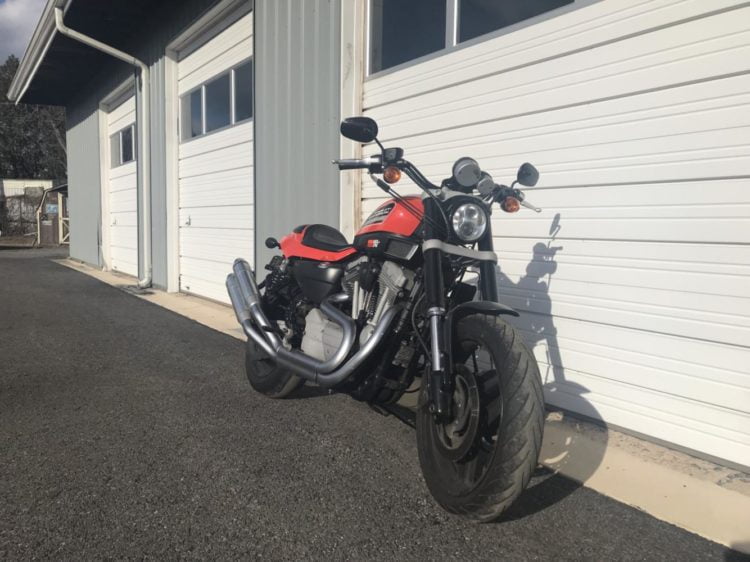 The race kit included a 17-inch front wheel, and some other track-ready parts, so you wouldn’t grind off too many bits at the first sharp corner.

Harley-Davidson probably had several hopes for this bike. Europe’s naked bike market was huge in the 2000s. The Ducati Monster and Triumph Speed/Street Triples were big sellers, and Harley-Davidson likely wanted some of that action. The bike was actually unveiled at Intermot, and sold in Europe before anywhere else.. But Harley-Davidson also would have wanted to attract sporty-minded riders in North America. How to get the attention of all those hoons, who might never darken the door of a Harley-Davidson dealership? Easy—Harley-Davidson created spec race series around the XR1200.

There were a few of these series around the world, which saw riders restricted to Harley-Davidson XR1200 motorcycles, and a spec race kit (including a 17-inch front wheel; stock wheel sizes were 18-inch front, 17-inch rear). Who would want to race such a beast, and why? Some serious amateurs entered because they wanted to race in a legit championship, but knew they couldn’t compete in a superbike or sport bike series. Other riders saw it as good old-fashioned fun. If you grew up muscling a KZ1000 and GS1000 around the track, the XR1200 wasn’t quite so scary. Here in Canada, ’80s/’90s superbike hotshots Michael Taylor and Steve Crevier got back into roadracing aboard the XR1200 and put on a great show at CSBK events for a few years. 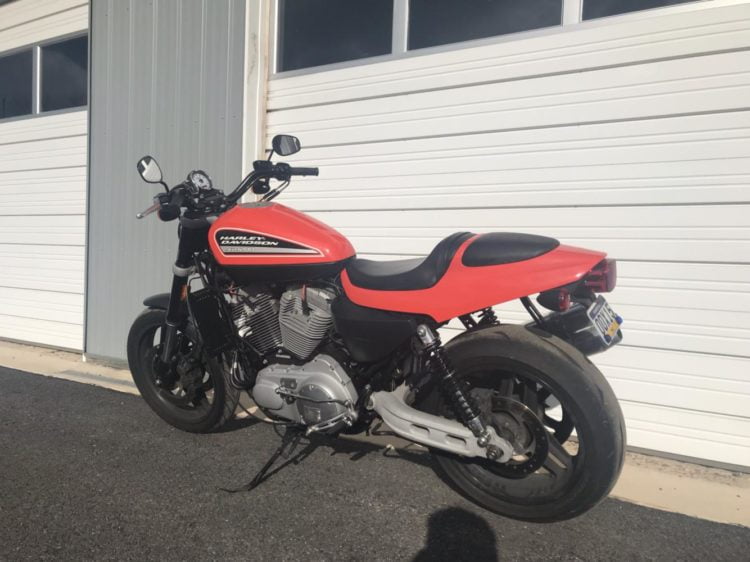 These bikes are starting to become more affordable, but it’s only a matter of time until they’re collectibles, driving the price back up.

Ultimately, the XR1200 wasn’t a sales success, probably for the same reason the XR1000 didn’t sell well. It was more expensive, less powerful and heavier than a similar-displacement Japanese bike. After trying the XR1200X model (basically the same, but with trick suspension, updated swingarm, better wheels), Harley-Davidson killed the XR1200 line in 2013, along with all the race series it sponsored as well. These days, the Street Rod 750 is kinda-sorta the same thing, but you don’t see it on-track at superbike races. It’s considerably less money, though.

If you can find an XR1200, chances are it’ll be collectible someday. This one, for sale in Williamsport, Pennsylvania, is listed at $6,600, or “Make An Offer,” which seems pretty low. It’s an ’09, and it looks like it’s in good shape. With 15,510 miles on the odometer, there’s plenty of life left.

Insomnia on the Road