This year, the series will include races at two new venues.  The first round will kick off at a new venue in Primm, Nevada on April 6th and 7th.  The other new event venue will take place in Grand Junction, Colorado between May 18th and 19th. 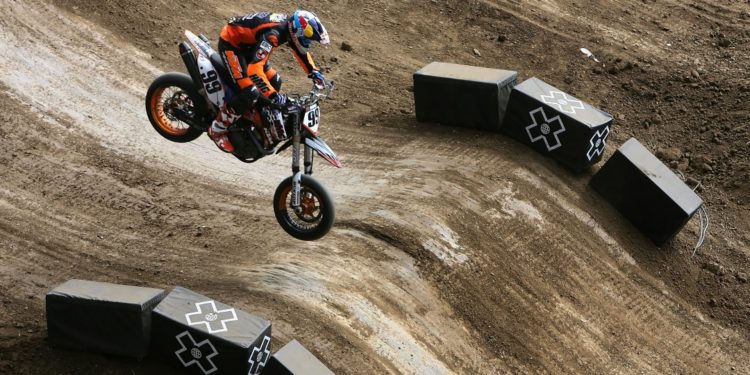 Supermoto dirt section with a jump.

Supermoto racing includes a mix of paved circuit racing and motocross.  Tight turns and jumps are also part of the racing.  With venues that range from football stadiums to closed-course streets or parking lots, there’s a very significant variation in circuit design and complexity.

The AMA Supermoto National Championship Series represents the pinnacle of the sport in the United States.  It is a sport that borrows elements from multiple disciplines to challenge riders, and we are looking forward to another season of intense competition.” 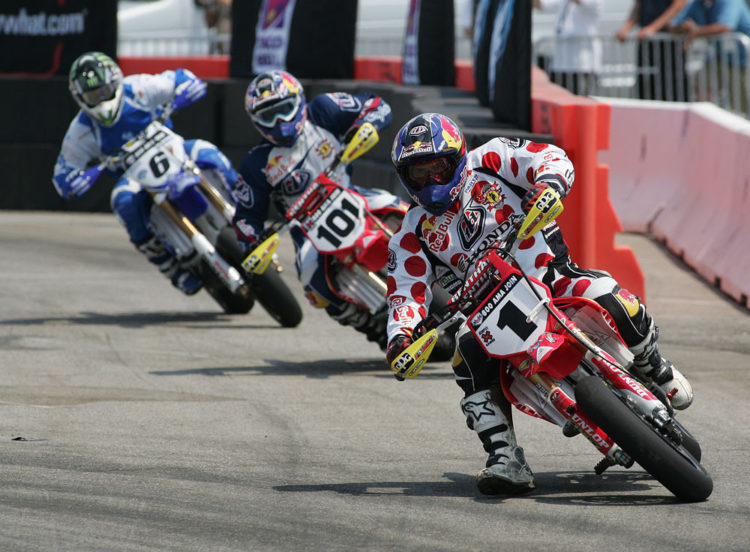 A paved section of an AMA Supermoto event.

The AMA series when coupled with an event at Trios-Rivieres, Quebec, and Sturgis, South Dakota comprise the FIM North America Supermoto Championship.

The AMA Supermoto National Championship’s promoter DRT racing President Alex Mock had this to say about the series:

“We are excited to announce the 2019 AMA Supermoto National Championship Series schedule, especially the Anthony Hart Memorial Race as our season opener.  In addition to the new venues we’ve added to the schedule, we’ve also secured manufacturer contingency programs for the teams and privateers, and select rounds will also feature a learn to ride program for new riders of all ages.”

Below is the 2019 AMA Supermoto National Championship Series Schedule: