I have had my life saved by a motorcycle helmet at least three times. Not the same helmet, but oddly the same brand: Shoei. Why oddly? Well, I’ve worn a lot of different helmets during the 50 plus years I’ve been riding, including assessments for Australian Motorcyclist, my (part-time these days) employer. So I don’t know why all three of the helmets should have been Shoeis.

The first time was at Christmas in the mid-seventies, and I ended up in hospital with amnesia for three days. The second was in Malaysia on my trip around the world, where I just blacked out for a while, and the third was in the Northern Territory near Yuendumu when I flew – probably not gracefully – over the handlebars of my bike and landed squarely on my head. I was only partly out of it for a few hours that time, but it worried my companions just the same.

Why am I telling you this? Not so much to praise Shoei, although they deserve it. No, it’s because I have found a reference to a new type of liner for helmets that I thought you might be interested in. The inventors are scientists at the University of California Santa Barbara, HRL Laboratories LLC, and the U.S. Army Research Laboratory. They have developed “elastic microlattice pads that can withstand both single hits and a series of impacts better than existing state-of-the-art foams used in” – wait for it – “football helmets”.

Now call me a curmudgeon if you like, but may I just point out that a few years ago, during the Kuwait unpleasantness, the US armed forces lost more of its members to motorcycle crashes than in combat? I know this because I was working on some road safety initiatives for the Australian armed forces. So – I’m really not sure why the emphasis is on football helmets rather than army or even – at the end of the line as usual – motorcycle helmets. 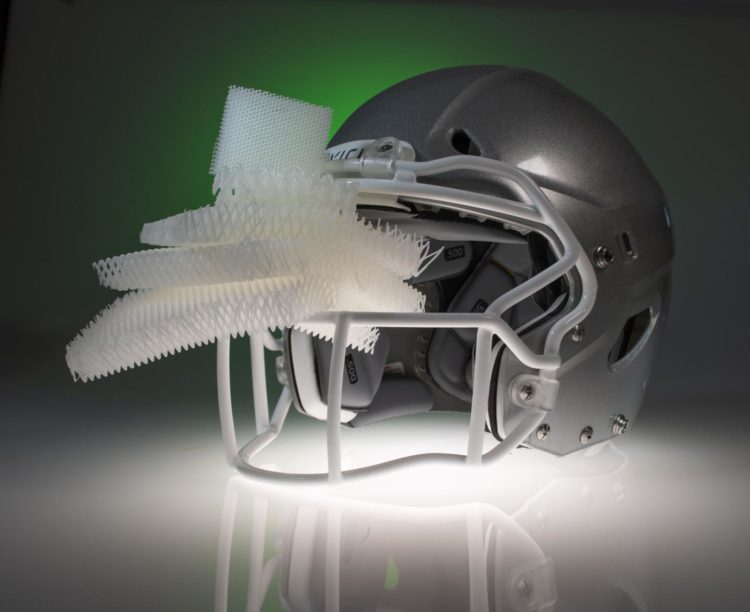 This is not exactly the way the microlattice would be used, but it’s the photo they’ve released…

Mind you, we do get a mention later on. “Our technology could revolutionize football, batting, bicycle, and motorcycle helmets (my italics), making them better at protecting the wearer and much easier to have on your head due to the increased airflow,” said Eric Clough, the lead scientist on the study. Oh, okay. That sounds good.

But to the point.

The study points out that “Helmets used in both combat and American football require impact-absorbing materials that protect against ongoing impacts, but it remains difficult to design materials that remain effective over time without compromising on volume, mass, or cost. Although helmet foams have evolved in the past decades, improvements have been relatively marginal. 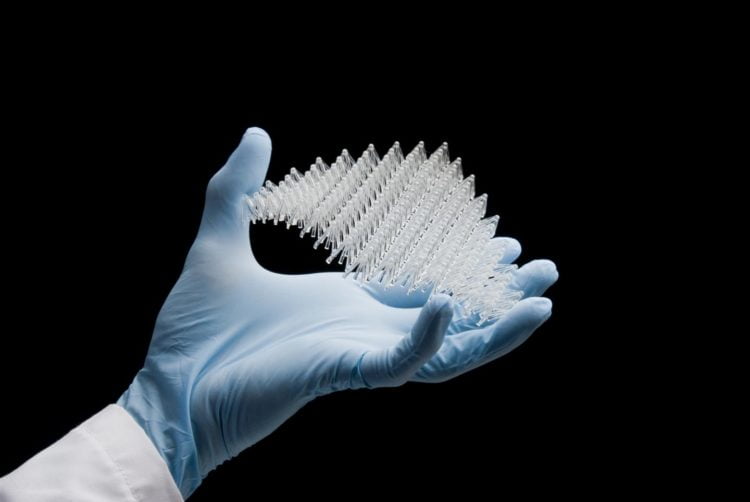 I really think we want this material in motorcycle helmets.

“The photopolymer-based microlattice material shares a resemblance to the Eiffel Tower’s famous wrought-iron design: it is sturdy but allows air to pass through, a property that would keep athletes’ heads cooler than existing helmets. This structure also makes the material highly adjustable, so engineers can easily tailor it to absorb different levels and types of shock by tweaking its components.

“The team’s best performing microlattice material absorbed up to 27% more energy from a single impact than the current most effective expanded polystyrene foam.”

This is absolutely brilliant news. Maybe future crashers will not need to spend those three days in hospital that I did, waking up every half hour and asking the time before passing out again. Yeah, that’s what happened. It was possibly my Mother’s worst Christmas, although who knows.

“The sports technology company VICIS has licensed the microlattice pad technology through HRL,” (presumably for football helmets) says the press release I’m looking at and shamelessly quoting from. So… where are the motorcycle helmet manufacturers? Why aren’t they lining up to license this technology? Surely they’re not so far out of the loop that they haven’t heard about this stuff?

In case they haven’t, however, I hope someone at one or more helmet companies (I’m looking at you, Shoei; I love you blokes, but don’t ever stand still) reads this article and gets on the phone to HRL Laboratories LLC to get the ball rolling. I’ve even looked up their phone number for you: it’s (310) 317-5000. We need this stuff in motorcycle helmets. Maybe it can save someone’s mother a bad Christmas.