Secret politics just killed a long-standing motorcycle tradition in New Hampshire. What’s the activity that’s so scurrilous that politicians would ban it without any kind of public notice or hearing?  It’s having a motorcycle track on one particular pond’s ice.  Yes, that’s the activity that’s now a crime if done on that single pond in New Hampshire. So just how did this new and stealthily created law come about?

According to the Concord Monitor, the tradition was silently and suddenly banned.  The New Hampshire Legislature banned the activity on just that one specific pond by adding a budget rider to the state’s $13B budget. There was no public hearing and it is not clear what the justification for this was.

The ban became law with a few simple words:

“OHRVs (off-highway recreational vehicles) shall be prohibited from traveling on Hoit Road marsh in the city of Concord.”

There were no public notices or any public hearing, just an overnight law banning the activity.  When asked about the ban, Sargeant Geoff Bushee of the New Hampshire Fish and Game law enforcement division was quoted as saying:

“It’s pretty unusual.  Off the top of my head, I don’t know of any other water bodies that are shut off to OHRV’s during wintertime.”

And according to the Concord Monitor, the Hoit Road marsh pond is the only pond in the state to have such a ban.

Interestingly, under New Hampshire state law, ponds larger than 10 acres are designated as “great ponds” and are open to the public.  Because state law made its 10 acres+  ponds public land, Concord was not able to ban the activities through the use of an ordinance.   But with some political maneuvers, they were able to do just that.

Why did it happen? 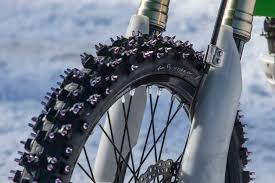 While some nearby landowners objected to the noise, other landowners like Bob Lopata whose house is next to the pond had a different viewpoint.

“It’s never bothered me, and I’ve been here 24 years –  and I’m the closest guy,” That’s New Hampshire: You go out in the winter with your machines.”

How did it happen?

So just how did the budget rider to ban the activity overnight get placed in the state’s $13B budget?  Again, according to the Concord Monitor, a politician said he had heard complaints on and off over the years.  He said that the final straw was when Christmas morning when the motorcycles were on the pond that he started to hear a lot of pushback.

Sometime later, that politician contacted another politician to address the issue.  At the time of their conversation, the time frame for introducing new legislation that year had passed.  Because of this, the only way to get the law passed before the pond froze in the winter was to place it in the budget rider.

Placing the law in the budget rider meant that there would not be any public notice or comment period.  And knowing that, that’s just what happened ending the decades-long tradition overnight without a single public notice or hearing.

So now that the ban is a law, the only way to change it is for the legislature to reverse it.  That’s just what the OHRV group, Merrimack Valley Trail Riders (MVTR) is trying to do.  Recently, the group attended a hearing in the State House to voice their opinions and urge legislators to overturn the law.

One legislator has proposed an amendment that would reverse the law with limitations.  It would re-open the pond for 3 days a week between 10 a.m. and 4 p.m.  It would also prohibit “events” without approval from the state Fish and Game Department and impose a 55 mph speed limit on the pond.

So at the present time, it’s still illegal to ride on the pond’s ice.  But perhaps a resolution is coming.  Time will tell.

One might wonder how a 40-year-old tradition can be stealthily and suddenly be terminated by law without public notice or comment.   And they may also wonder why after such a loathsome move is carried out and why reversing it requires the full political process that the new law completely avoided.

For me, it’s not the law itself that is an issue.  It’s the way that it was implemented, without any public notice or discussion that is despicable.  One has to wonder, if the tradition is so outrageous, why the state didn’t ban it statewide.

The way the law was enacted seems to indicate that the people who were in favor of the law, were unwilling to hear anyone else’s viewpoints and looked for the fastest most expedient means to stop a 40-year-old tradition.   They succeeded and that’s a shame.

Imagine that you and your family, along with your friends have a long tradition.  For the past 40 years, you head out onto a local pond and have fun.  It’s something you, your friends and family look forward to every winter.  And because of this tradition, you have become closer as a family.  Somehow, you are able to get your kids away from their video games.  You actually spend time together as a family and enjoy each other’s company.

Then out of the blue, the tradition that you have grown to love and brought your family closer becomes illegal overnight.  Politicians have added a rider to the state budget that bans that activity only on the pond where you enjoy time with your family.

Do you think this couldn’t happen to you?  Think again.  Because this is precisely what has happened to the families that have been using Hoit Road marsh pond in Concord, New Hampshire.  You know, the state that takes pride in freedom as evidenced by its state motto; “Live Free or Die”.

What do you think about this law and how it was implemented?  Would you be upset if this happened where you live?  Let us know in the comments below.