This bike appears to be sponsored by ‘Repsots’. Heard of them?

A few years ago I was in Italy for one of my annual visits to Milan for EICMA, the world’s biggest consumer motorcycle show. Waiting for a haircut I picked up an Italian newspaper and used my basic Italian to work out what a news story illustrated by a motor scooter was about. It seemed to be saying that an entire shipment of scooters had been intercepted at the port of Genoa and had been taken away and crushed.

I checked with an Italian friend and what I had surmised turned out to be true. “They were copies of Italian scooters,” he said. “This has happened before.” 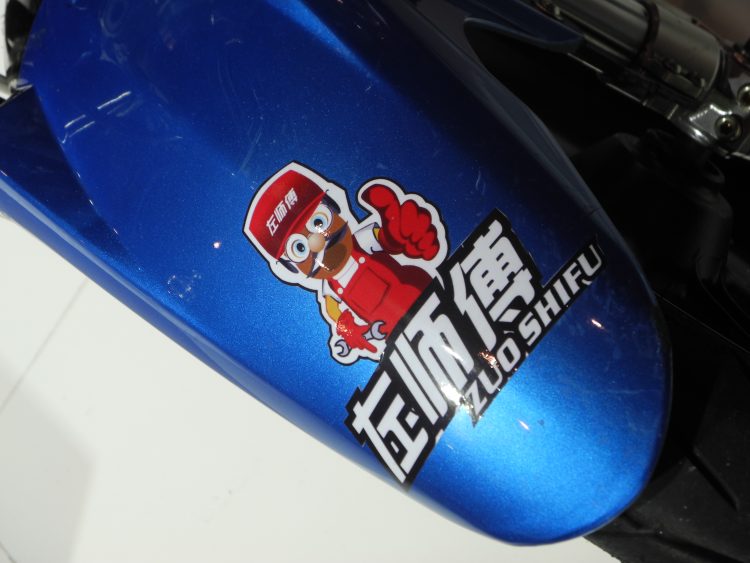 Yeah, thumbs up, all right… without paying royalties.

A couple of years later I saw the result of this for myself. One of the motorcycle stands at EICMA held no product at all. It was manned solely by local employees who were handing out photocopies of a product brochure. It seemed that all of the bikes intended for the stand had been impounded, along with all promotional material. The manufacturer’s show staff including a senior manager had been arrested as they arrived at the airport.

Want to guess why? Yes, once again the bikes were copies of Italian originals.

And… the story goes that the chief executive of one of the scooter manufacturers was presented with a precise copy of one of his own models, and was told that these could be supplied at a price well below his cost of manufacture. He went to the police, an option that is not always available to someone in his position.

A well-known Italian brake manufacturer had decided to set up a factory in another country. His partners there created a ‘shadow factory’ precisely like the original one and staffed by some of the people the Italians had trained. They made a product identical to the original, but with a different name. When they found out, the Italians also discovered that there was very little they could do about this. 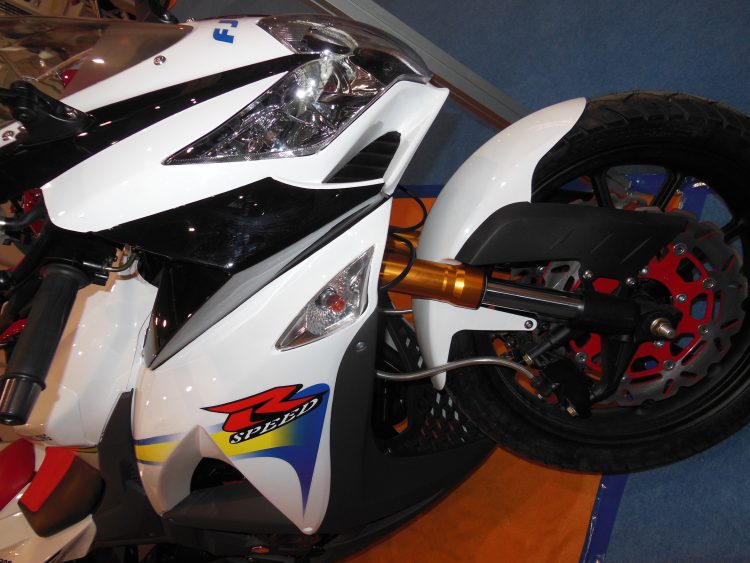 No, this is not the Japanese brand you might think it is.

Back in 2013 in Germany, the manufacturer of a well-known and high quality brand of lighting equipment for motorcycles conducted raids to track down products they called the result of “plagiarism”.

Their press release said: “During the past month the… company recognized plagiarism from far eastern (sic) in Europe. While tracing, the 1900 pieces of plagiarism were found and the salesman had to hand them over face to face. The German company’s manager said: “Without protection of ideas and the products which arise out of those ideas our society is going to lose its innovation and progress. We take a stand against plagiarism to show that we have the ability to defend our own intellectual property.” 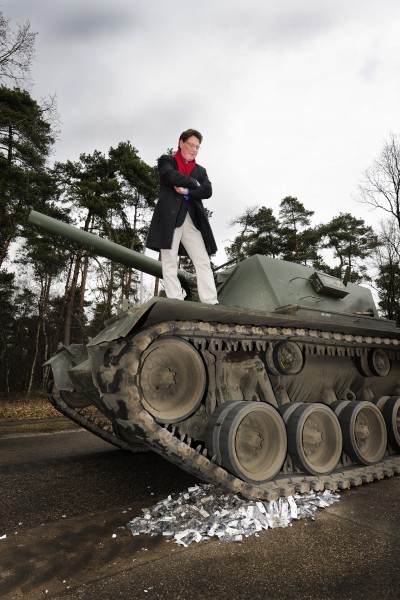 When the Germans want to crush something, they don’t go halfway.

And did they ever! They got hold of a 1958 model M48 tank with a 30 litre, 12 cylinder engine putting out 820 horsepower, and they crushed the ‘plagiarised’ lights.

The Japanese don’t seem to be as intent on crushing copies of their products as the Italians clearly are. One of the most common designs on many stands at shows has been a copy of the Honda Scoopy. As far as I know, no action has been taken against the ‘plagiarisers’ involved.

This is by no means a small problem. At EICMA one year, there was an entire hall filled with products from a certain country. They were mostly four-wheeled ATVs and you could have been forgiven for thinking that you’d entered some strange dimension as you walked along, because they were pretty much all identical. Spooky. The only difference was the name badge of the manufacturer. Even the warning stickers on the bodywork were identical, down to the spelling errors.

There are many more examples where those came from. I have avoided mentioning the names of the companies affected by this, as well as the name or names of any countries involved. In the former case because I don’t want to damage the reputation of their products. You may like to work out the reason for the latter omission for yourself…