Royal Enfield is known for being many things, most notably Indian. They’ve been building bikes continuously since 1901. The Royal Enfield Bullet is the longest-lived motorcycle design in history. It’s stolid, inexpensive, and has no pretense at being on the cutting edge.

So when Enfield announce that they’ve broken a speed record on the Bonneville Salt Flats, it deserves a double-take. Really, a Royal Enfield?

The machine in question is new and hasn’t yet reached dealers. It’s a twin-cylinder Continental GT 650 that is scheduled be released in November with its sibling, the Interceptor 650.

The Continental GT 650 has been heavily modified by S&S Cycle, and the frame is a custom design by Harris Performance.

Ridden by 18 year-old racer Cayla Rivas (who already owns 12 speed records), the bike reached an average speed of 157.03 mph on its return leg, topping out at 159 mph. That’s a best-in-class number. Royal Enfield are now waiting for the official blessing of the Fédération Internationale de Motocyclisme (FIM.) 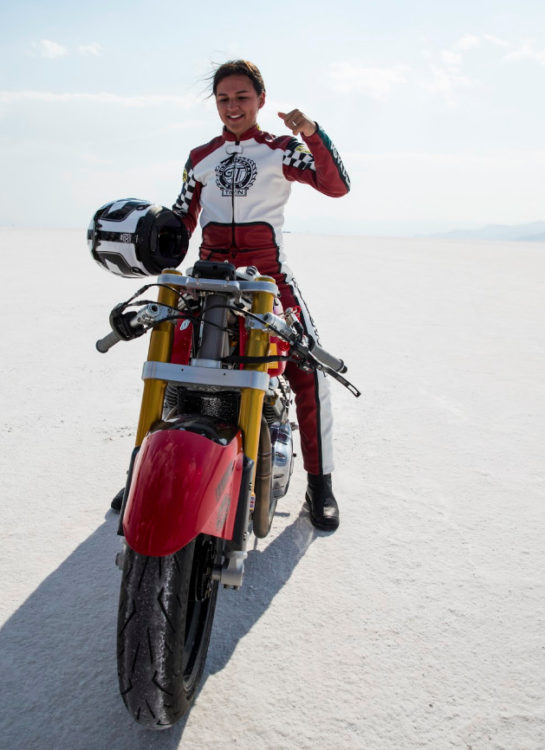 Setting any record in an impressive feat, so congratulations to Enfield and Cayla on their (pending) new record. But there’s something very Royal Enfield about setting a record at 157 mph.

The Interceptor 650 and and Continental GT 650 are, as we said, coming out in November, so the Bonneville run was typical of the sort of introductory publicity effort other manufacturers have used with regularity. If you’re interested in either machine, what is purported to be the service manual has been leaked and published online. 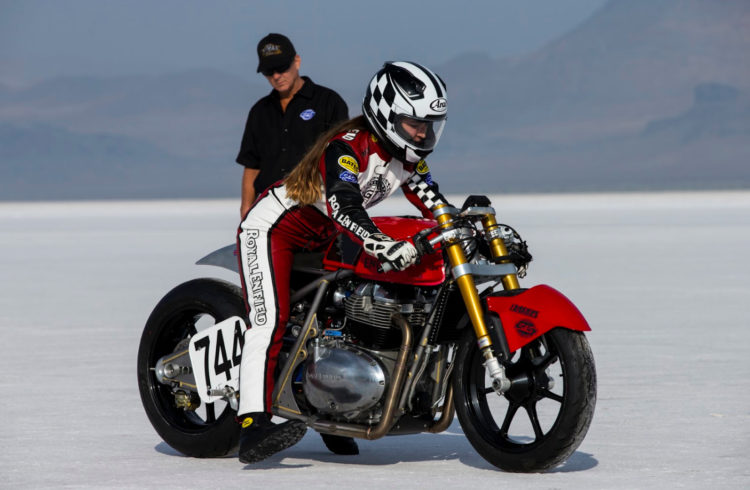 As is the tradition, there’s no publicity push without a video camera to capture it. So here’s a short film on YouTube of Cayla Rivas’ record run.