If you ride your bike both on and off the road, chances are, you have mastered at least one of the adventure motorcycle poser skills.

This one is obvious: riding your bike on one wheel is a must-have poser skill for a lot of riders. Does it actually have any practical use? Maybe, if you need to hop a log here and there. It can also be a great balance exercise. Other than that, though, it’s mostly…yep, a poser skill. 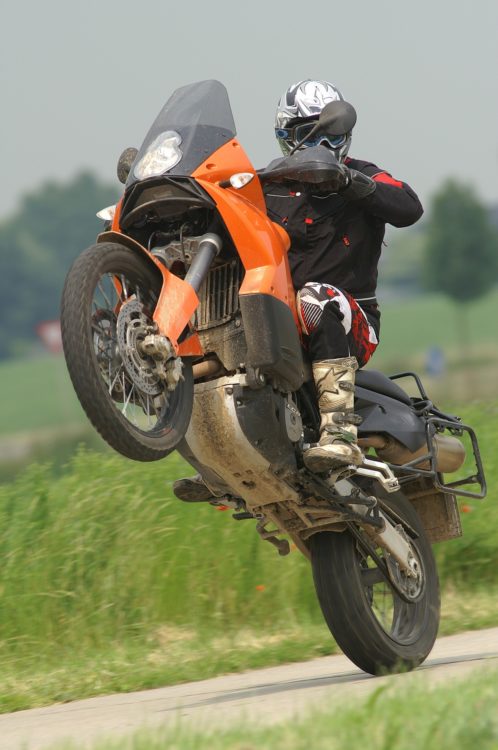 Ever since I saw Charley Boorman riding his GS laying on his belly or doing bike yoga, I wanted to repeat the stunt. Is it useful in any way? Not in the slightest. Does it look cool? That’s probably in the eye of the beholder – but it does make for fun photos, even though this one is 100% a poser skill. 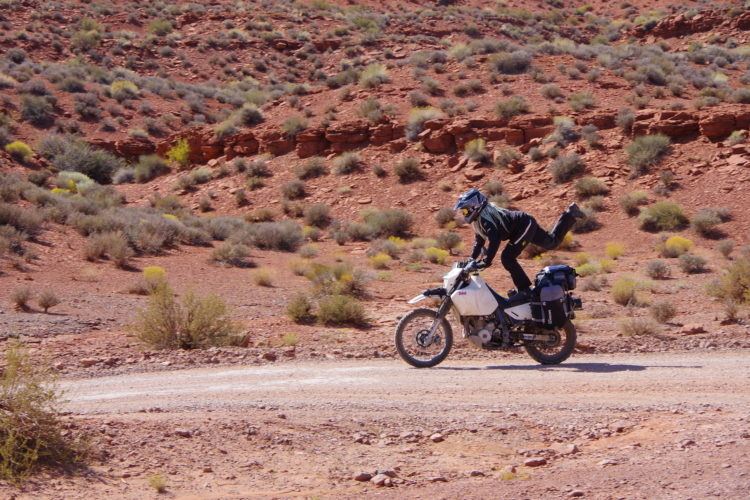 The first (and only) time I ever saw anybody doing a rolling stop was witnessing Simon Thomas’ spectacular dismount technique in Isla Mujeres, Mexico, and later in Cuba. According to Bret Tkac, this isn’t purely a poser skill: knowing how to dismount safely off a rolling bike can improve your balance and controls!

I can’t even begin to describe how disappointed I was to learn that my trusty Suzuki DR650 was useless when it came to showy power slides! Watching shiny GS 1200’s sliding all over the dirt track and only managing a sad wiggle myself, I quietly vowed to try it on a bigger bike – someday. For now, I’m content to skid my rear wheel once in a while when stopping for no particular reason or purpose at all.

So, are power slides practical? Maybe, especially in learning to control your bike on corners and not to panic whenever your rear wheel decides to slide. More importantly, it does look badass!

Have I forgotten anything? What is your favorite adventure motorcycle poser skill?