Most overlanders who travel through south America tend to skip Brazil, for two reasons: some say it’s too big and that it will take too much time to explore, while others say that it’s too dangerous to ride your motorcycle there. 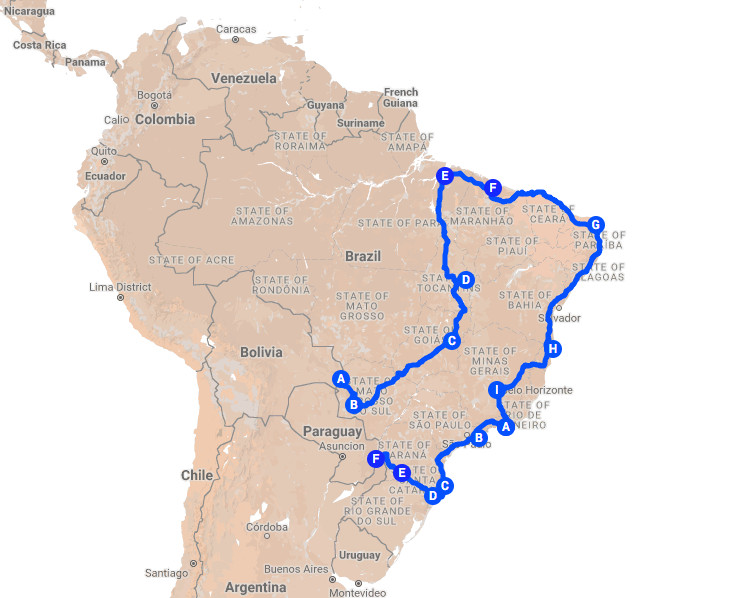 When I toured South America, I was instead really thrilled to visit the country! So thrilled that I decided to spend the full three months there that I was allowed to stay as a tourist, exploring some of the iconic locations of this beautiful land. 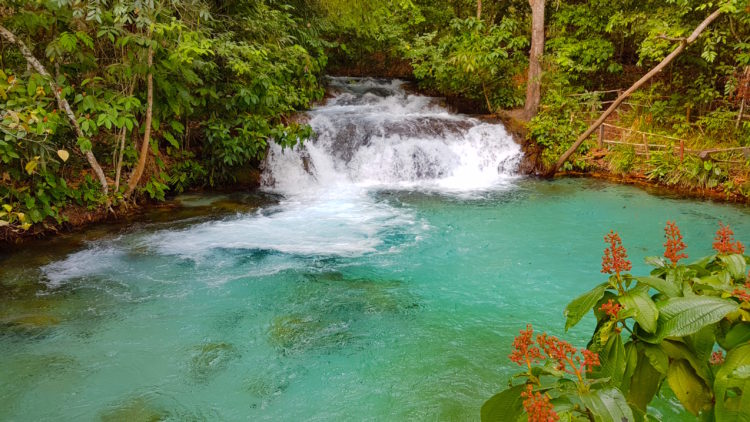 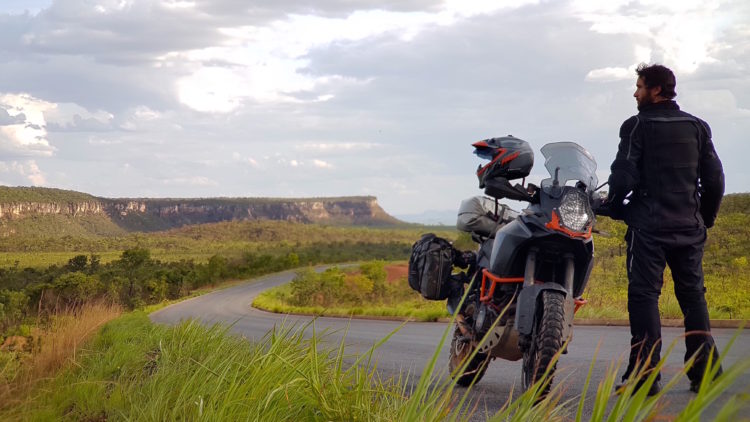 Admiring the infinite and desolated landscape of Tocantinis.

No sidestand needed in Jalapão

My experience of riding through the country started from the south, from a little border town called Corumbà; in this region, called Mato Groso do Sur, you pretty much ride through the “Amazon’s little sister”, called Pantanal.
The forest is a paradise for animal lovers, being home of alligators, capybaras, leopards, toucans and even one of the biggest spotted cats on the planet which locals call “onça pintada”. I even had the opportunity to briefly cross paths with this beast during one random walk to visit a very remote waterfall. A both scary and exciting moment.

After visiting the country’s capital Brasilia, I headed north through two of the most beautiful and renowned natural attractions of Brazil: Chapada dos Veadeiros and Jalapão National Park. The roads were rough, uneven and full of potholes.

To reach Jalapão I had to ride the whole day and I almost got lost; I ended up riding at night, on sand, in a national park with no roads and barely any reference points. This is one of the ‘forgotten’ places in the country; and because of this, its pristine purity is hard to describe with words.  Crystal clear natural pools from which you can drink the water; turquoise waterfall surrounded by the thickest jungle; and indigenous tribes still living off their land, completely isolated from the rest of the world.

Reaching Jalapão and getting out again were hard battles to face, riding under the scorching sun and through the softest sand I’ve ever seen.

From there I reached the north of the country right at the delta of the Amazon river, in the historical city of Belem; again the poor road conditions meant I had to ride the Transamazonian road at night, something that I wouldn’t recommend to my worst enemy.

Belem is a colorful city, famous for its market called Ver-o-Peso and its colonial look. Here you can probably find the greatest variety of rare and interesting fruit on the planet, some of which have incredible and unique nutritious properties – like the original and now famous Açai berry.

The north-coast of Brazil is the place to find your beach paradise. Just few km east of Sao Luis lies one of the most breathtaking spectacles on this planet: Lençóis Maranhenses.

Other than being a paradise for kite surfers, this place makes you feel you are literally on another planet. A desert of white sand dunes with scattered freshwater lagoons, lies right near the ocean. The spectacle is once again hard to describe. 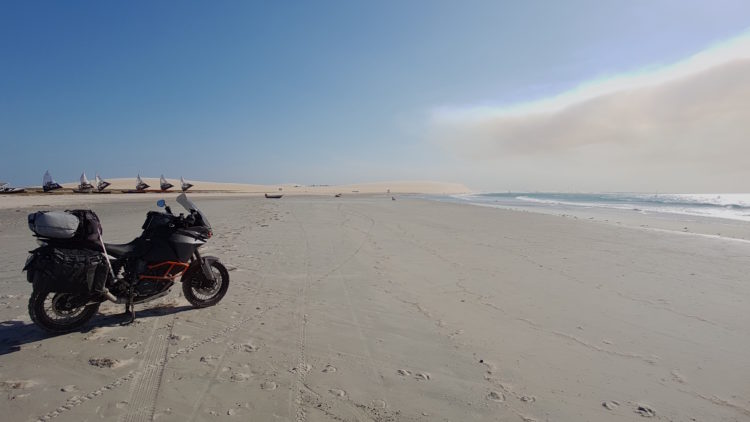 Sometimes you make your own road 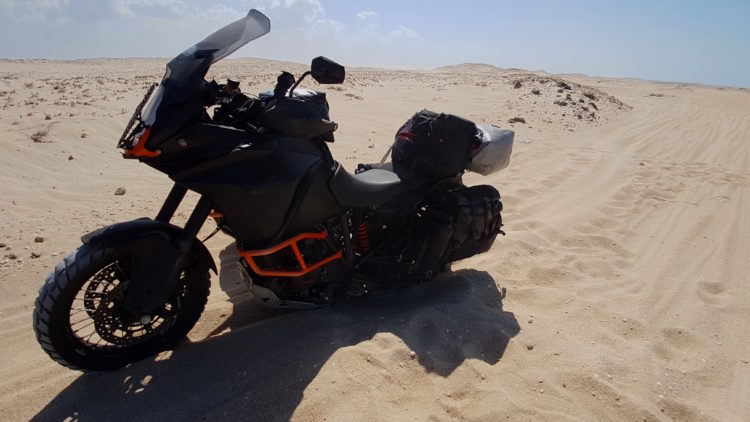 Bronte wanted to stay on the beach longer

The interesting part of this section of Brazil is that you can start to ride on sand pretty much from the beginning of the state of Cearà, to the famous kite surf paradise called Jericoacoara. Timing was crucial in this section since tides can pretty much ruin your day, your bike or even completely erase the possibility of reaching the next destination.

People were shocked when they saw me arrive with my big adventure bike, right on the beach where people were suntanning and bathing; for me was quite hilarious, until somebody told me that it was illegal. 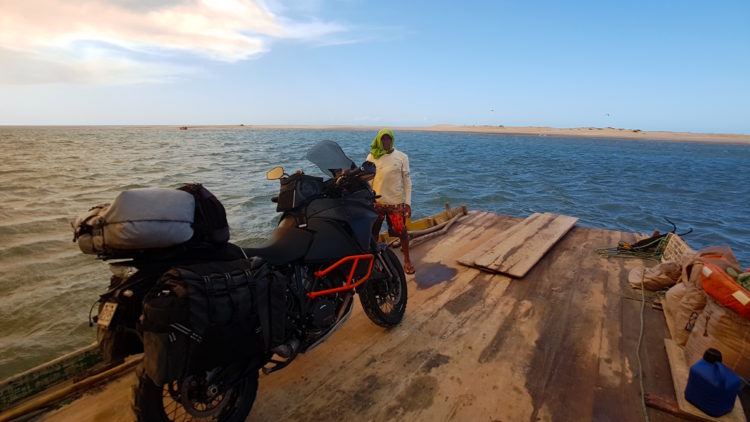 I had to ride out to Fortaleza again on sand, but by that time, I felt quite accustomed to it.

All the way along the coast, passing Fortaleza, Natal and Recife, the beaches were absolutely spectacular; one worth mentioning was Praia da Pipa, where I stayed in one of the best hostel I’ve ever been in my trip. A clifftop view of the entire bay, air conditioned rooms, parking and a lavish breakfast for something like $8 USD a night.
Unreal.

The following cities of Recife, Maceió and Salvador de Bahia had some of the best and friendliest people I encountered during my trip. One thing I was unaware of about Brazil is that the motorcycle clubs are so well connected to one another, and that bikers support each other while on and off the road. You just have to wear one of their leather vests and people will stop and help you. 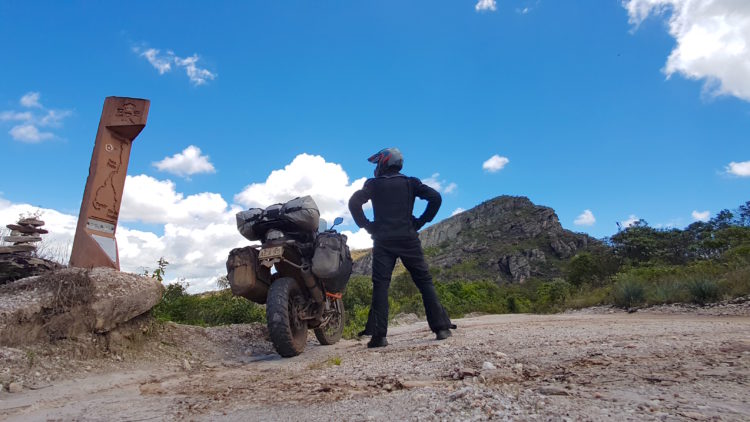 One of my favourite states came up next. This was Minas Gerais, which is also one of the most unusual states in Brazil. Rich in gold and other precious minerals, the state was exploited mercilessly during the colonization times.

From the beautiful city of Diamantina, there’s a magnificent off road track called Estrada Real, which was used by the Portuguese colonizers to bring all the gold and precious minerals to the coast, to Rio de Janeiro to be precise, from where it was then sent to Europe.

Used now basically just for tourism, ER is one of the greatest motorcycle attractions in the country. Its 1200km of dirt, mud and rocks end in beautiful white sand beaches. 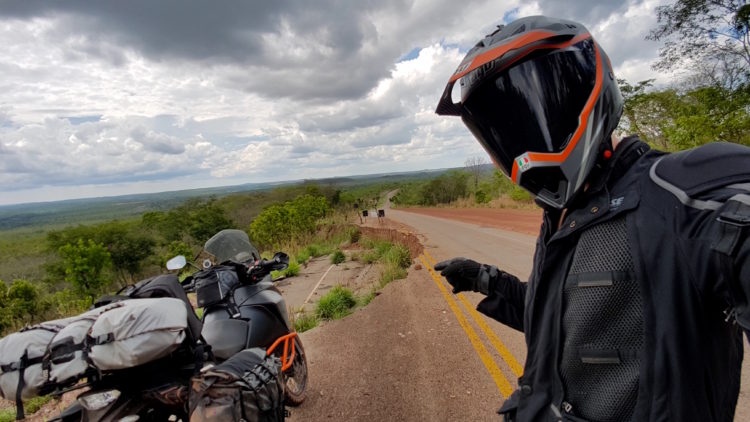 The Carioca capital was definitely one of the highlights of my tour, but the surprises were far from over. The coastal road from Rio to Florianopolis, for instance, is a continuous spectacle of turns and beautiful beaches. Sometimes roads were challenging or the sand was too deep for my heavy beast, but overall the Brazilian roads were absolutely spectacular.

My motorcycle tour of the country was coming to an end, but not without two of the most outstanding attractions of the nation: Serra do Rio Rastro and Foz do Iguazu. The first one is the ‘Stelvio of Brazil’, and you ride along the crest of this stunning flat topped mountain, which even gets snowed on in winter. The Iguazu Waterfalls don’t need any introduction, since they are the biggest waterfalls in the world and they are indeed mesmerizing.

All together I spent three months in Brazil alone, riding roughly 15,000 km. The country is huge and does require some time to explore, but I can confidently say that I’ve seen Brazil more than most Brazilians.
I never felt threatened by its people who instead were some of the most welcoming in South America. Always happy, always ready to share a beer or to help somebody in need. It was an amazing and eye opening experience to see Brazil the way I did, and to disprove its bad reputation.