ADVRider members are an opinionated bunch.  Most stories published here get at least a few comments.  But some stories really struck a nerve with ADVRider members (aka inmates).  Folks felt compelled to let us and others know their thoughts.  Some merely posted their thoughts and ideas while others agreed or disagreed.  This is what ADVRider.com is all about, sharing thoughts and ideas.  So with that in mind, let’s take a look at 5 of the most commented upon stories of 2018.

This was a story published by Daryl and Deborah, a couple riding two-up around the world on a Suzuki V-Strom 650.  They detailed an experience they had in Nagaland, India in their story.  They had ridden into a town and were told by one person to should turn around.  Another told them the road was closed and that they should park their bike and walk to the village and ask for a room at the hotel. 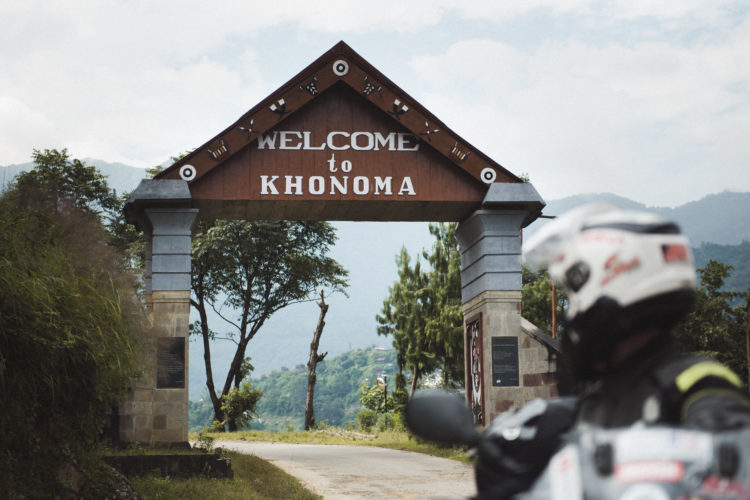 Daryl & Deborah decided to continue riding and pitched their tent in a location they liked.  They had been riding in India for quite some time and had not ever experienced a problem wild camping.  On the second day, five villagers approached the tent site and asked if they had obtained permission to pitch the ten and if they had not, they should immediately leave.

An argument ensued and ultimately Daryl and Deborah moved on.  Deborah posted a story of their encounter on social media and it went “viral”.  An organization from the town they camped in posted a scathing rebuttal of Daryl and Deborah’s post and their side of the interaction.  At the end of their story on ADVRider, Daryl and Deborah asked ADVRider members what they thought.

Member comments were both supportive and upset with what happened.  Some felt Daryl and Deborah were mistreated.  Others thought that the duo was not considerate of the locals and their customs/rules.  It was definitely a hot topic.  If you haven’t read this article, take some time to do so and let us know what you think.

ADVRider member “RTWPaul” is also a member of the world traveling motorcycling community.  He’s traveled tens of thousands of miles all over the world and simply asked the ADVRider community whether they felt that top boxes were a good idea for long-term travel.

Paul threw some good thoughts out there and discussed some issues that top boxes can present.  He brought up vibration and the potential for the top box or the subframe that carried it could fail.  Lastly, he made some suggestions to check the top box’s security and commented that he had met many people who had lost their top boxes while on the road.

He also suggested that a soft waterproof duffle bag could be an alternative to the hard top box.

Member comments were all across the board.  Some thought that hard top boxes, both metal, and plastic were an excellent solution.  Many of the comments revolved around the fact that top boxes were perceived as ugly and hence got a bad rap.  They also discussed the convenience of having a top box to quickly and securely store items.

Other members felt that soft duffel type bags were the way to go.  They especially commented upon what Paul had brought up and that vibration could lead to loss of the box and/or its contents.  They also commented that the extra weight at the back of the bike could compromise bike stability and safety.

In the end, the question of whether a top box was “good” or “bad” was a toss-up. 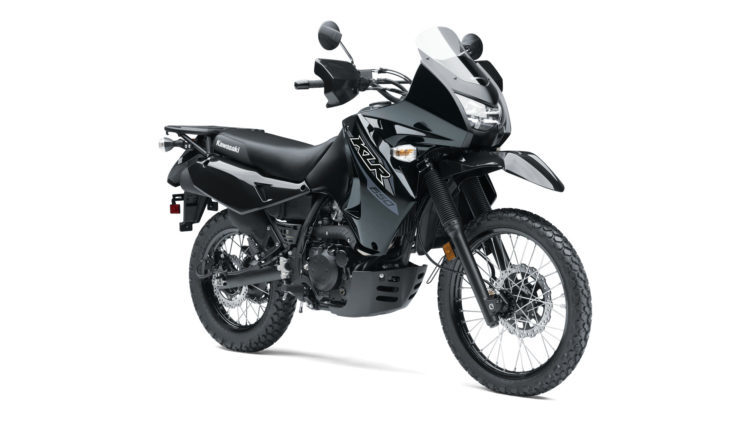 So we made a beeline to the Kawasaki booth and spoke to some Kawasaki reps who confirmed that the KLR was being discontinued.  Kawasaki made an official announcement a couple of days later.  This was quite upsetting news for some.  The KLR was/is a beloved, long-lived workhorse of the ADV riding community.

With not a lot of horsepower or technological gimmicks, the bike was easy to ride and maintain/fix.  You can find many threads on ADVRider discussing the exploits of KLR riders and their victories and difficulties.

This was one story where most ADVers agreed.  The vast majority talked about how much they love or loved their KLRs.  They discussed how practical it was, how reliable it was (with a couple of exceptions for well know and readily resolved issues), and how the bike took them everywhere they asked it to.

There was a lot of emotion in the comments.  Many said they had previously owned a KLR and quite a few said that they wished they had never sold it.  Some went out and bought other bikes but kept the KLR.  It was clear that the KLR is a bike that ADVers have loved and will continue to love for many years.

It’s hard to believe that Kawasaki would abandon the ADV bike market.  Given how hot the ADV market is, you have to think that they are developing a replacement.   What it will be is anyone’s guess.  But if a new Kawasaki ADV bike is built, it will have a very tall and steep hill to climb to match KLR owners expectations.

#2 The Difference Between Dual Sport and Adventure Bikes – 169 comments

Fresh on the heels of completing test rides on BMW‘s new F 750 GS and F 850 GS and riding through the mountains and canyons of Colorado I pondered what the difference was between a dual sport bike and an adventure bike.  Bikes manufacturers like to call adventure bikes have grown in size, weight and electronic aids.  Still, they are fairly capable and some can handle some fairly difficult terrain. 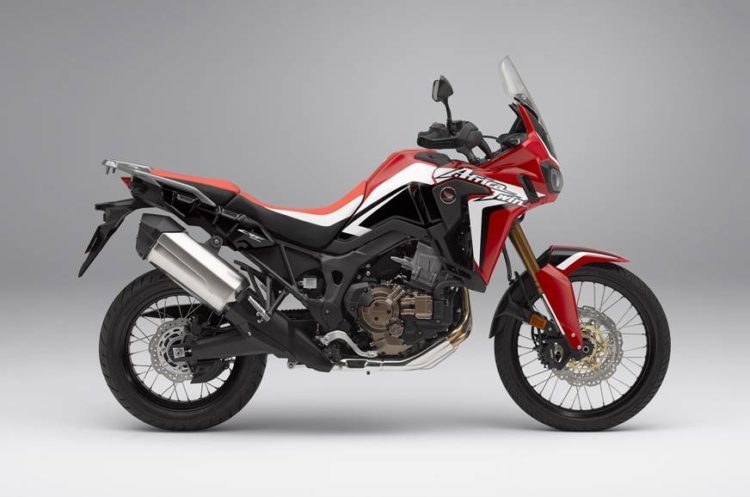 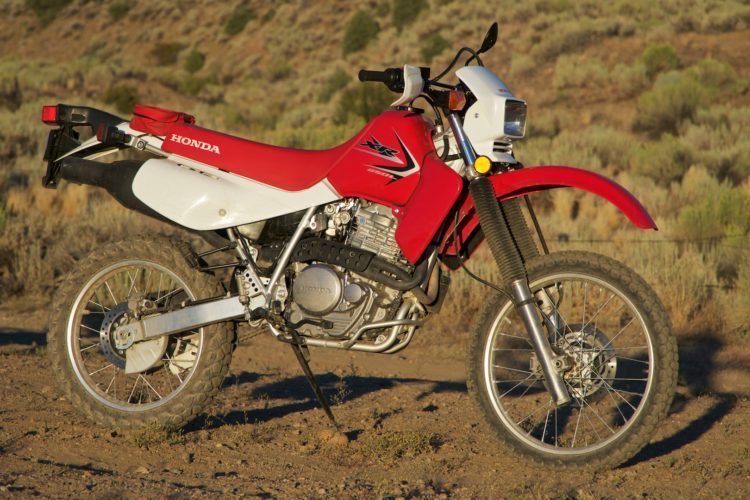 Once again ADVers responded vigorously.  Most thought the difference between adventure and dual sport bikes was fairly clear.  To sum up quickly, the majority felt dual sports were lightweight, single cylinder, far more capable and not as comfortable as an adventure bike.

There were some comments that seemed to take offense at adventure bikes and claim their riders really weren’t “adventure” riders but more concerned about showing them off and keeping them clean and shiny at the expense of having an adventure.  Some actually got a little testy.

But there were also a number of differing opinions as to what the dividing line was between the two types of machines.  Some said the difference was merely a marketing ploy to sell bikes.  Others felt the line was blurring.

Some said it didn’t make a difference whether it was an adventure or dual sport bike, the important thing was to just get out and ride.  After a lot of opinions and comments, perhaps this last one is the best.

This story was the most commented upon story of 2018.  With 269 comments, the Harley-Davidson (Harley) adventure bike story eclipsed all other stories by a wide margin. 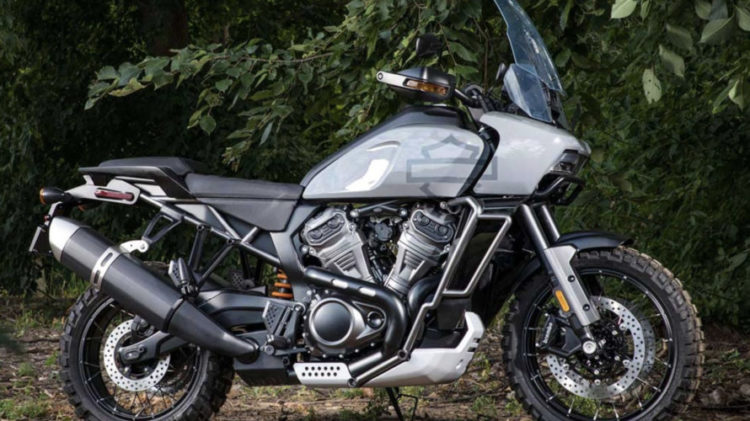 This story discussed Harley’s disappointing sales and their attempts to break into new markets.  The Harley Pan America “adventure bike” is one of those attempts.  Their other new try is with electric bikes i.e. the upcoming “Livewire”.  Harley has a long tradition of heavy cruisers, so we asked the question.  Will the Pan America increase Harley’s sales and help pull them out of the slump they have been in for a long time now.

Well, given the number of comments this story received, it’s clear that ADVRider members had a lot on their minds and Harley’s upcoming attempt at the adventure bike market.

For the most part, comments were pretty derogatory.  Probably first and foremost were the comments that the bike was ugly.  Lots of people commented that it would likely be heavy and way overpriced.  Clearly, this bike made some ADVRider members angry.

Anger revolved about topics like whether Harley had even asked riders what they wanted to see in an adventure bike.  There were also several commenters that said they didn’t wish Harley well.  They were angry with the way Harley dealt with the Buell brand and Erik Buell himself.

Several comments said that over the years, Harley had made its brand image bed and would have to lie in it until it slowly died.  Many ADVRider members felt that they didn’t want to belong to the Harley image.  They went even further to say that current Harley riders really don’t want to be anything else.

There were many discussions about dealerships and their treatment of non- Harley customers.  Several related that a dealership was not helpful and sometimes antagonistic if you rode in on anything other than a Harley.  Even the Harley produced Buell bikes were treated like red headed step children.  They were pushed into a distant corner of the dealership where they were not likely to be seen.  If a customer asked about them, they would be steered away from the brand or treated poorly.

There were many comments surrounding Harley’s reliability.  Would anyone buy a bike that has a history of unreliability?  They also talked about the cost of maintenance when some deemed was much higher than other brands.

Some were concerned that Harley hadn’t done its homework before attempting to bring the bike to market.  There were several comments stating that the Pan America had to be better than, not as good as existing adventure bikes for it to succeed.  Most thought it wouldn’t be.

Several pointed to brands like BMW and KTM that have a multi-year headstart in building adventure bikes.  Some thought the Pan America looked like Harley just rushed in with a bike that implemented few of the lessons learned from years of development by manufacturers like BMW and KTM.

Not all comments were derogatory though.  Some members wished Harley luck.  Others even went so far to say as they would buy a Pan America.  Unfortunately for Harley, these types of comments were few and far between.

Regardless of where you fit in in this discussion, it is clear that Harley’s upcoming move is a very controversial topic.  That’s what made this story the most commented story of 2018.