Africa Eco Race 2020 kicked off in Tarda, Morocco, with riders suffering subzero temperatures at the bivouac during the night. After a 333 km special stage between Tarda-Mhamid yesterday, today riders were faced with a monstrous 5oo km special stage from Mhamid to Assa. Alessandro Boturri, Anders Pal Ullevalseter, and Lyndon Poskitt remain among the top three, with Norwegian Felix Jensen close on their heels. The rally’s youngest competitor, Polish KTM rider Konrad Dabrowski, came in seventh today – an impressive result for an eighteen-year-old. 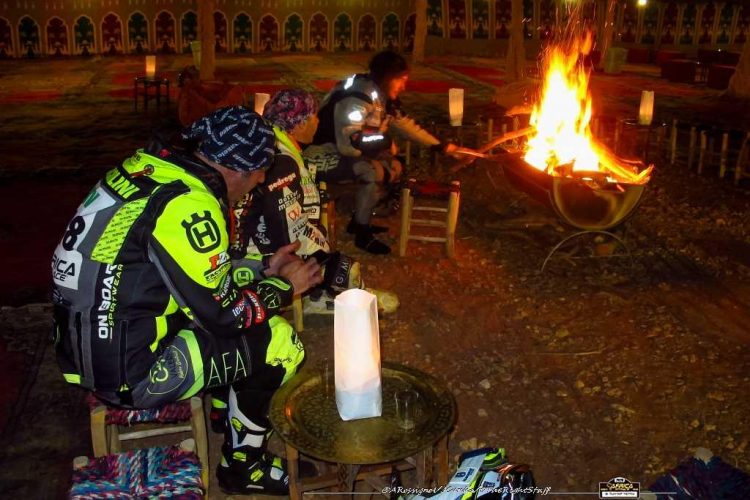 As the Africa Eco Race 2020 has less coverage and it’s more difficult to keep up, I’m trying to reach out to racers directly to find out what it’s like out there in the Moroccan dunes. Here’s what Andrew Houlihan, and Aussie KTM rider, has told me so far:

“Yesterday started out well, I passed about 15 riders in the first 200km and then when my rear tanks were empty I switched to the front tank…and had a fuel pump failure in the middle of nowhere. I lost an hour and a half getting the bike going again and ended up having to fill my camelback with fuel from the front tanks and put some in the rear to get me back. My teammate Pablo assisted me, sacrificing an hour and a half of his own time. I was pretty disappointed as I was really feeling good and making my way forward that morning. Using my camelback for fuel also meant I had no water for the last 150 km which was tough as we had a lot of sand and I was quite dehydrated by the time I got to the finish. Still have 10 days to go so we will see what happens!”, Andrew commented after yesterday’s special stage. 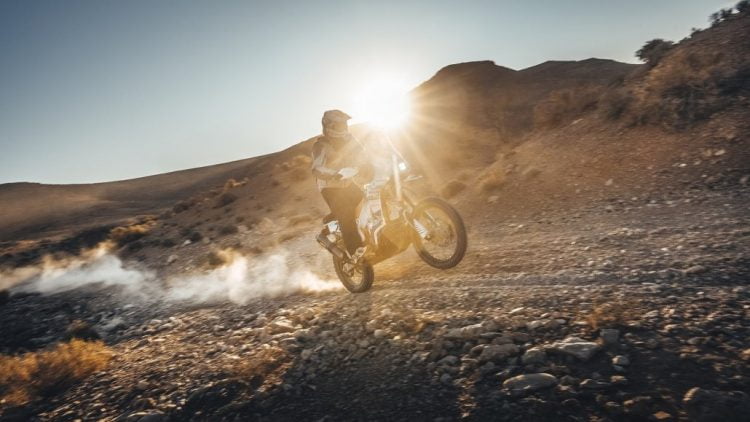 ” I started in position 59 today. It was a 500km special stage so it was full gas all day long! We had a 30km dune section in the morning which was quite difficult. I got stuck on the face of some big dunes three times and had to dig the bike out with my hands. I lost a fair bit of time in the dunes and was quite exhausted by the time I got out. The rest of the day was fast and very rocky with some sand sections. Navigation was good today with only a couple of minor mistakes. I think I finished the day in the 20th position which I’m very happy with considering the time I lost in the dunes”, Andrew said.

According to him, the vibe in the bivouac is all about camaraderie. “It’s great, everyone is here for the right reason. When I was stopped in the desert fixing my fuel pump, every rider stopped to make sure I was okay. Although some of the navigation is tricky, the road book is the best I’ve used so far. The organizers are great. They’re very professional and they’ve got everything covered, from good food to decent showers.

Locals are amazing here in Morocco as well! They come to the bivouac and talk to the riders, asking if they can help in any way. They love the Rally and are very passionate supporters”, Andrew told me.