Africa Eco Race, a desert rally race that ran parallel to Rally Dakar, has finished last week with Italian Alessandro Botturi winning the overall, Norwegian Pal Ander Ullevasleter taking the second place, and Brit Lyndon Poskitt coming in third. According to the organizers, the atmosphere at the Lake Lac Rose bivoauc next to the monument for Thierry Sabine, the founder of the original Rally Dakar, was unforgettable this year as the competitors finished the last special stage. Nicola Dutto’s Africa Eco Race finish was especially emotional, as the paraplegic rider finished the entire 6,000 kilometer route from Monaco to Senegal. 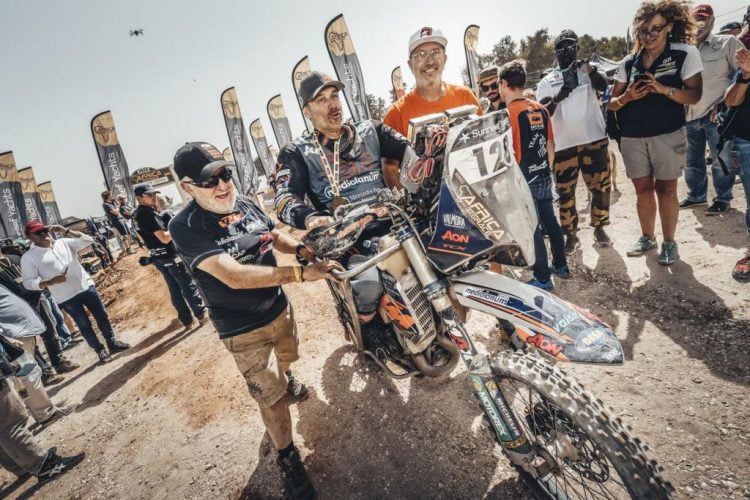 The race vehicles are already being unloaded from the cargo ship back in Southern France, and the AER organizers are back at work planning the 2021 edition. In total, 66 riders have finished this year’s Africa Eco Race, with European riders dominating the top ten:

While most of the elite factory riders still choose Rally Dakar over AER, and this isn’t likely to change in the coming years, Africa Eco Race is the only desert rally attempting to compete with the Dakar. Following the original Paris-Dakar route, the AER might not be a real threat to Rally Dakar just yet, but as the event grows each year, it’s becoming a more and more intriguing contender. 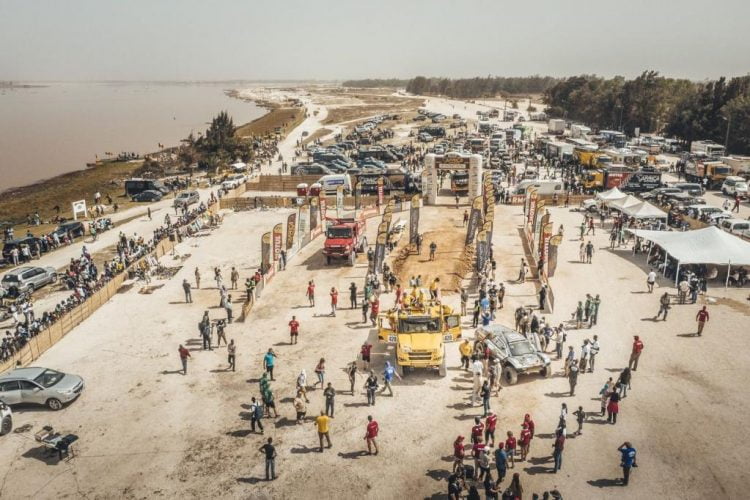 To find out what it’s like to race the AER as a privateer, follow Lyndon Poskitt’s excellent video diary of the race – so far the best Africa Eco Race media out there: