93-year-old Gloria Tranmontin Struck loves motorcycles.  How do we know she loves motorcycles?  Well, we know because she is still riding them after first learning to ride in 1941.  That means that Gloria has been riding bikes for 77 years and she has no intention of stopping.

She started riding after some persuasion from her brother.  From that point on, she was hooked and continues her life on two wheels.

When she first started riding, it was quite uncommon for women to ride motorcycles.  She experienced some harsh reactions for being a woman rider.  When she was traveling and it was time to quit for the day, she was sometimes refused a place to stay.

Not to be put off, Struck says:

Their opinion didn’t bother me. 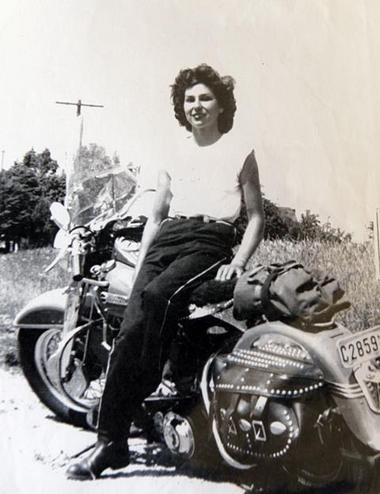 Gloria on one of her bikes. Photo credit: Gloria Struck

In fact, motorcycling helped her make longtime friends.  She joined the woman’s motorcycle club Motor Maids and has been a member for 73 years.  She is among the longest riding members.

During her lifetime, she has owned 14 motorcycles, eleven Harley-Davidsons and 3 Indians.  Her present ride is a teal Harley-Davidson Heritage Softail. 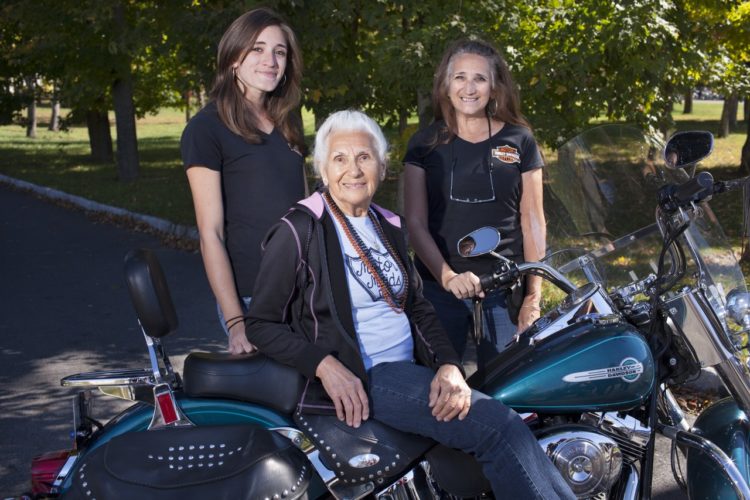 Gloria shows no signs of giving up riding.  For her 90th birthday, she rode over 1,700 miles from New Jersey to a Motor Maids rally in New Brunswick, Canada and back.

For her 100th birthday, she plans to ride across the US on two wheels.  She has made it clear, when she does it, it will not be on a trike.

As you can imagine, Gloria has had quite a few adventures which she chronicles in her book, “Gloria – A Lifetime Motorcyclist:  75 Years On 2 Wheels And Still Riding. 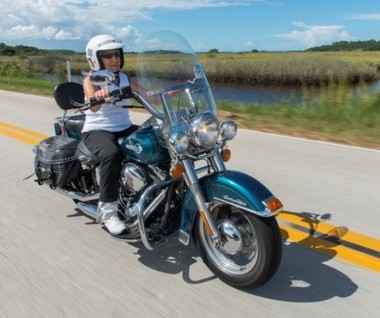 Speaking about the book, Gloria had this to say:

“I never realized the life I led until I sat down to write about it, and I thought, “Oh my goodness, quite a life, so I’m very happy I did it.

Ultimately, her advice to people is to live their dreams.

“I’m still trying to live mine, you know. There’s no such thing as having age stopping you from doing things. You want to do something and you’re able to, do it.

That’s great advice from someone who has done just that.