September 26th at the 3 Step Hideaway there was a small event set up by the owner Scott aka Dingweed. I did a little promotional piece prior to the event hoping a few of you would call for details, sadly he couldn’t put all the information on his website as it was also doubling as a secret award ceremony for one very special inmate – Mark Samson aka BigDogAdventures.

Mark has been an inmate since 2003, and there are pages and pages of ride reports and information from him, well worth checking out

If I can twist these two guys arms I’d like to do an interview with them both together as I’m sure it would be interesting for lots of inmates to read how these two met, and some of the crazy adventures they have had together

Bigdog and Dingweed are two names synonymous with each other for the numerous rides and ride reports they have done together and shared in the forum.

The two are best friends and met via ADVrider and BigDog has met and also influenced a lot of riders out there to go on an adventure when they might not have.

Also simply helping out with bike builds and sharing the information he has learned and found out on various machines along the way, either in person, via email or from his website

…and let’s not forget if you ever had a question about anything, be it routes or packing etc. he is always willing to help out and share his knowledge and be a mentor or a backup knowledge base when you are on the trail.

Because of this Scott felt it would be great to surprise him with an award for years of giving back to the community and double down with the event to make it less obvious.

It worked, Mark had no idea, I mean not a clue all these people were here for him (and some riding of course)

‘Seconds after his name was announced he had NO IDEA, he is more than surprised (white shirt)’ 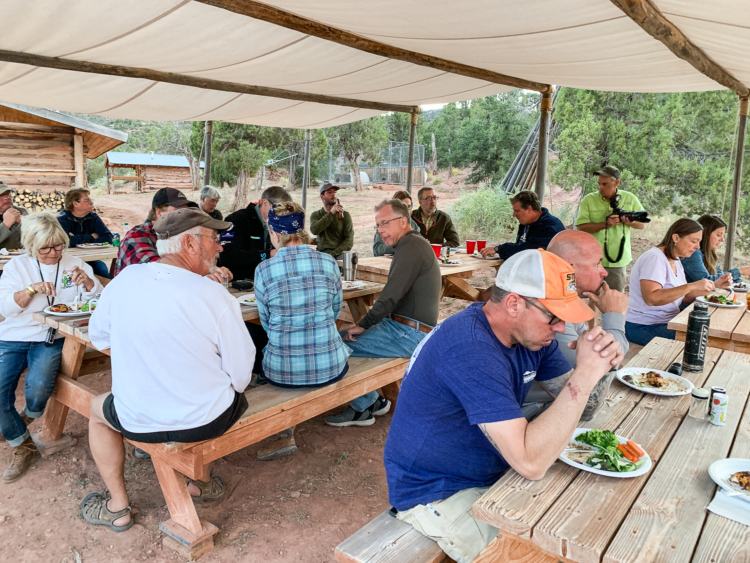 So this is just a quick thank you from me and if you would like to add some words to BigDog please do in the comments below, if he ever helped you pick a bike, a route, a packing style, a riding partner or something else please tell us your story. 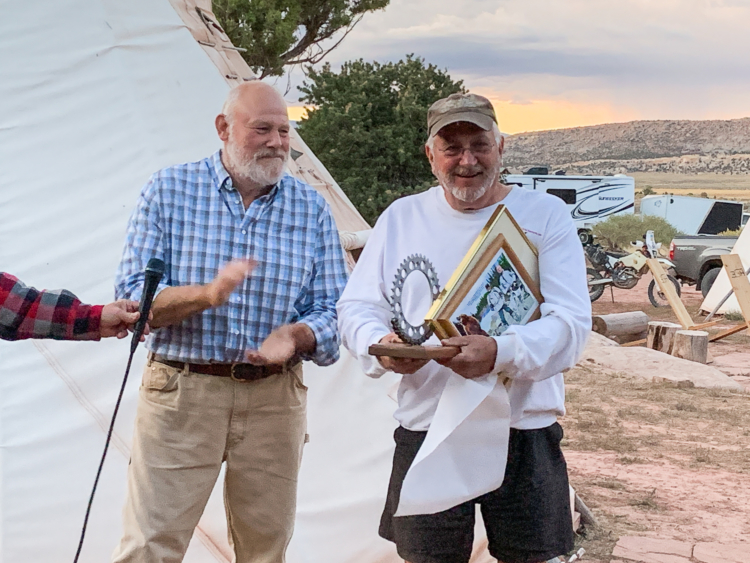 3 Step Hideaway is such a great location, with dirt rides and some pavement to suit anyone from a beginner to Dakar level riders. A great place for ADV events or surprises, so keep an eye on the 3 Step Hideaway website for upcoming events because maybe you could come and meet some incredible folks who might be there for ‘surprise reasons!’

A lot of these guys brought their wives also…….
Photos of the event courtesy of Tewster2
…and of course, there was a roasting of Big Dog and lots of crazy stories around the campfire later 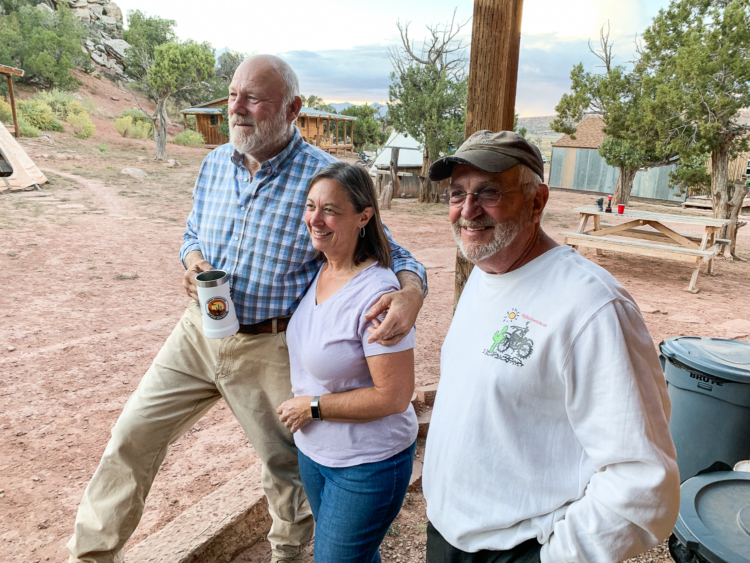 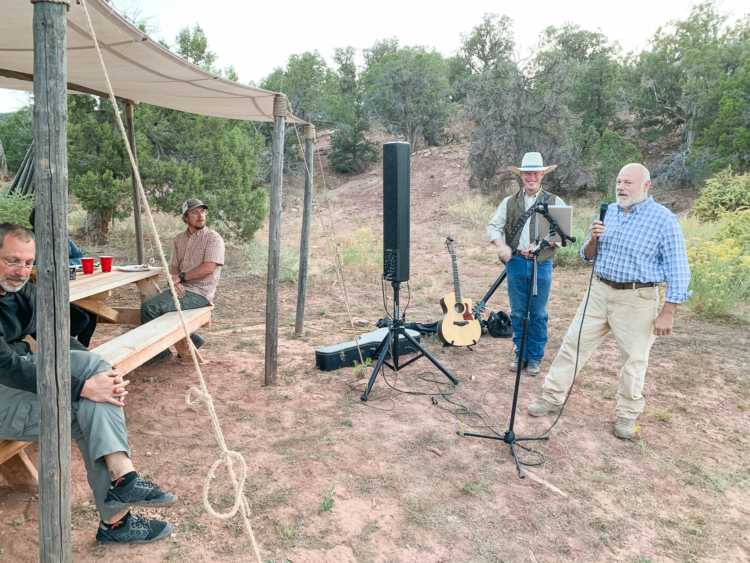 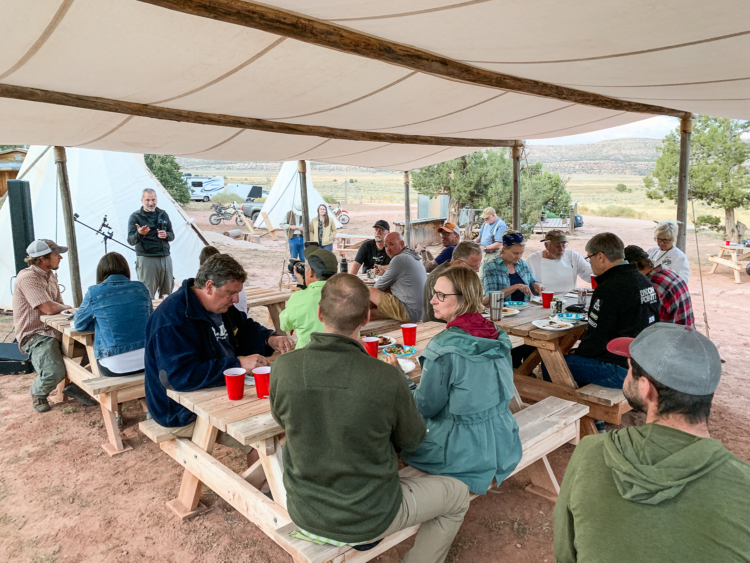 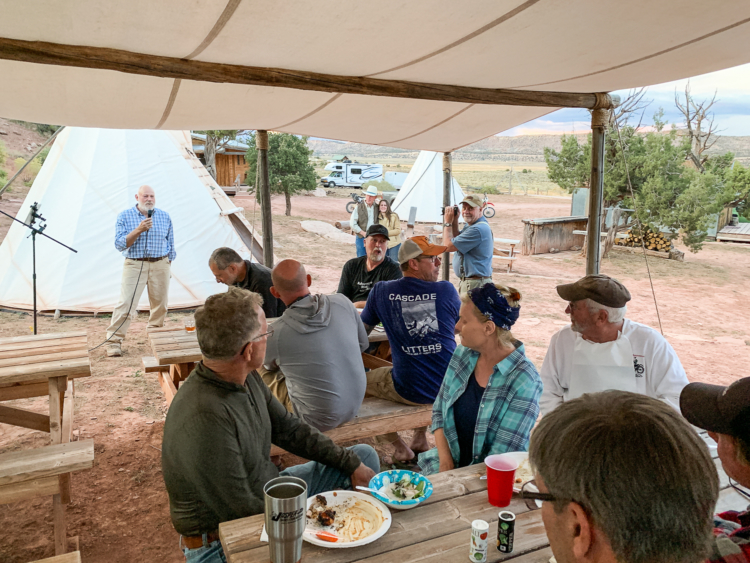 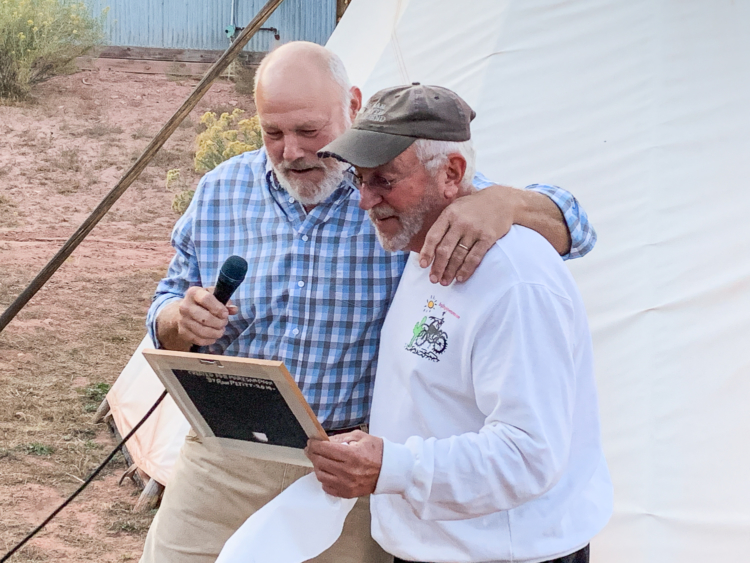 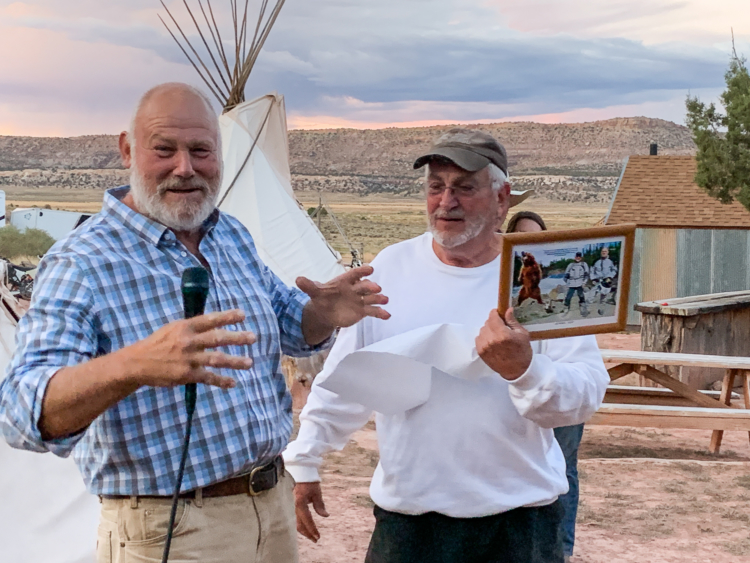 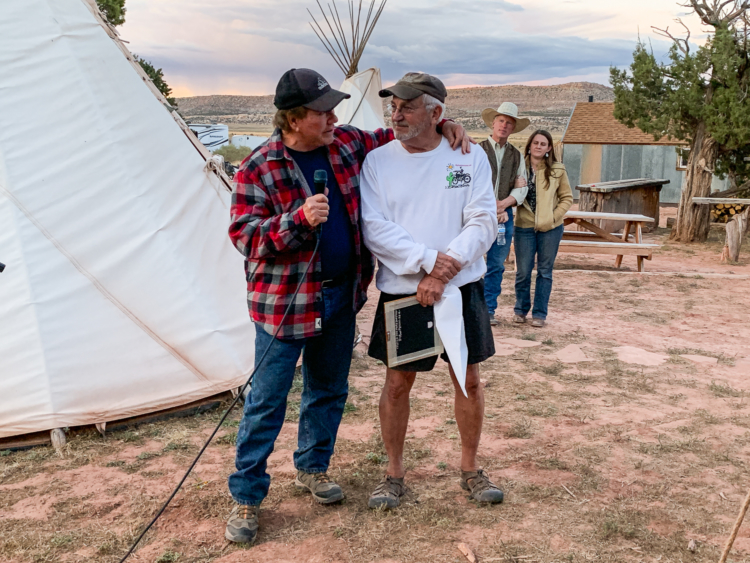 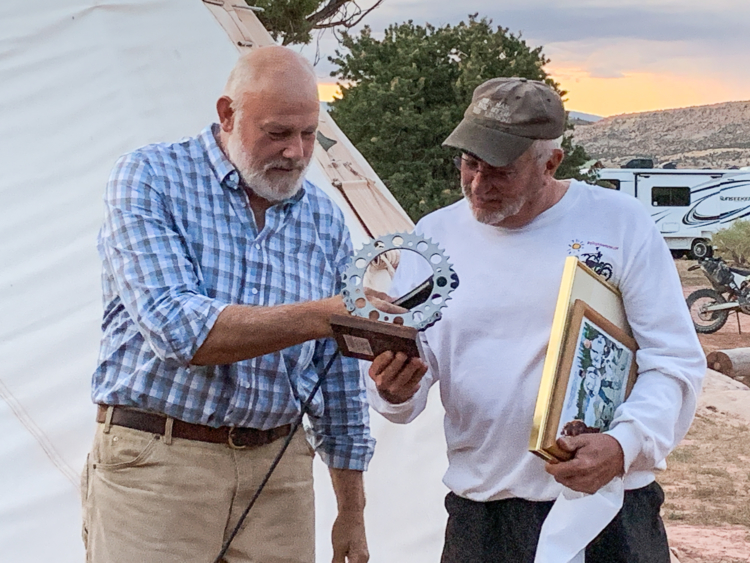 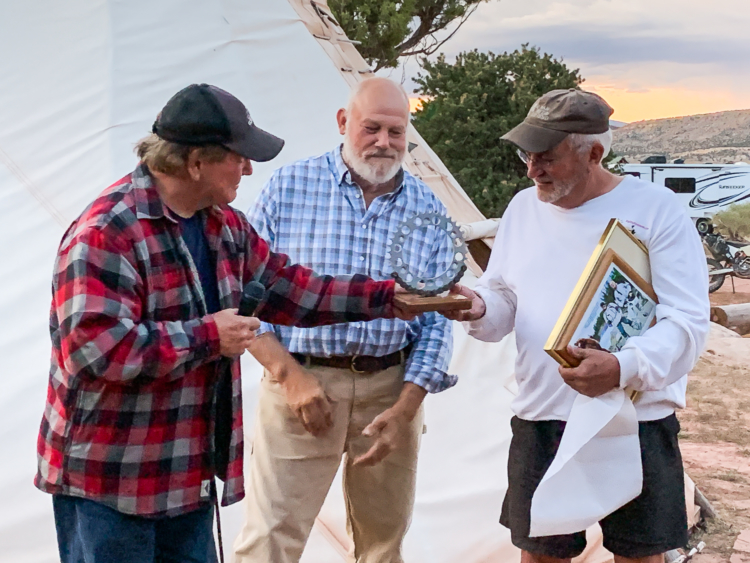 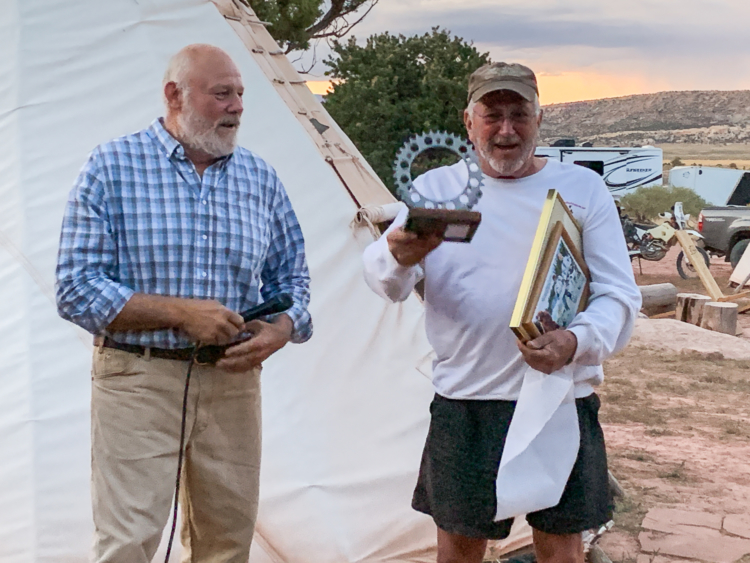 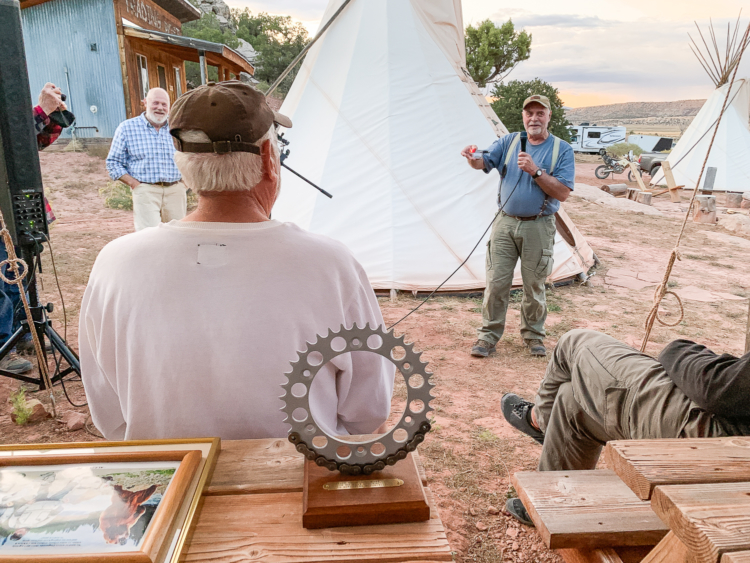 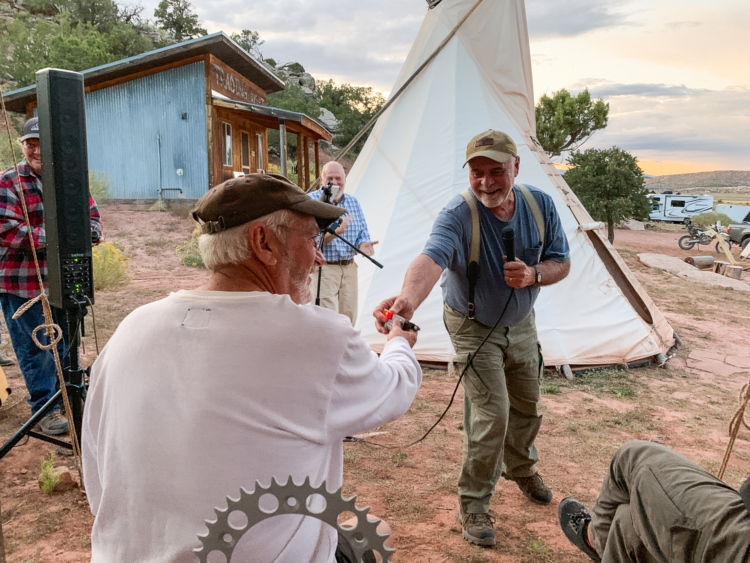 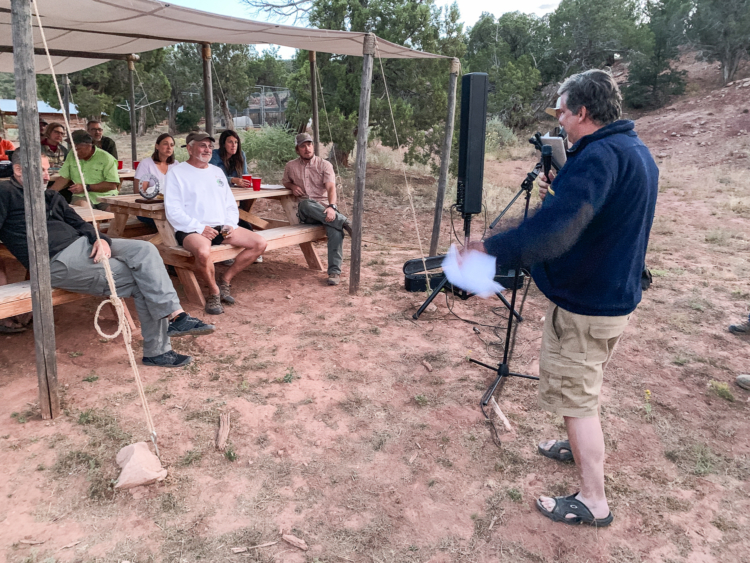 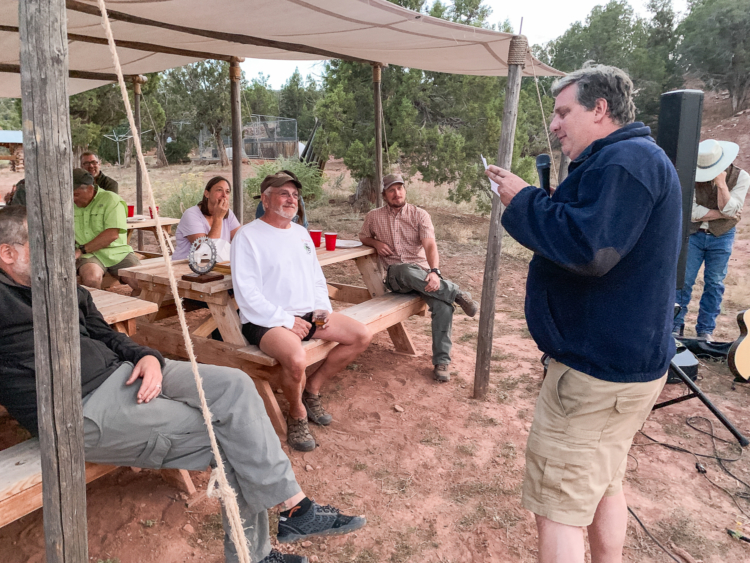 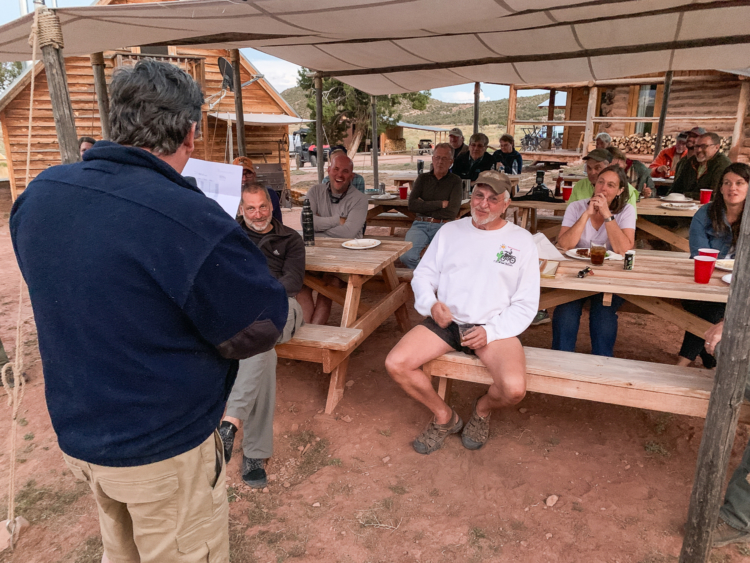 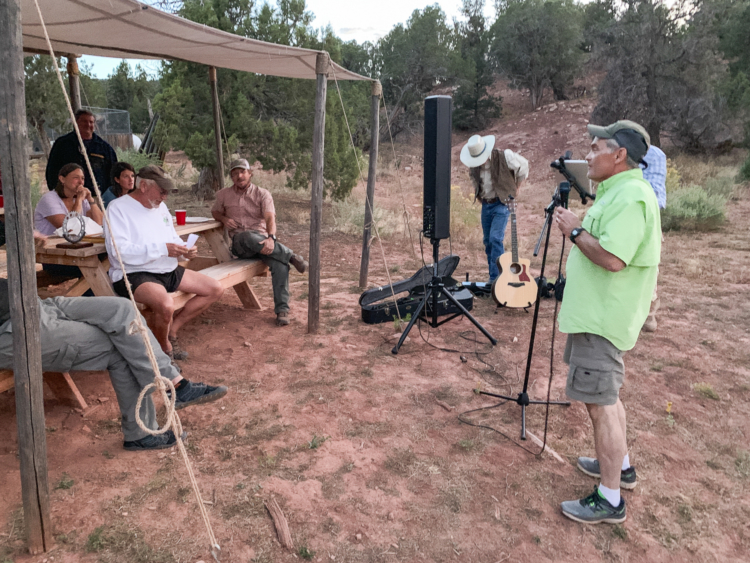 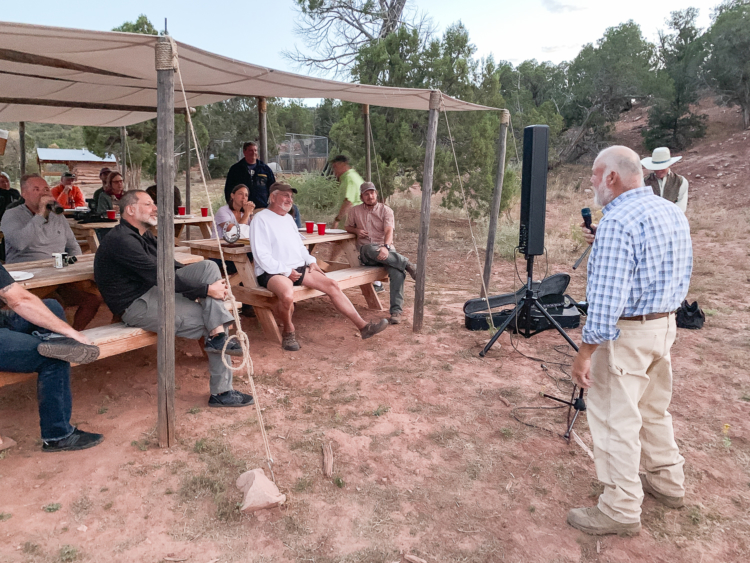 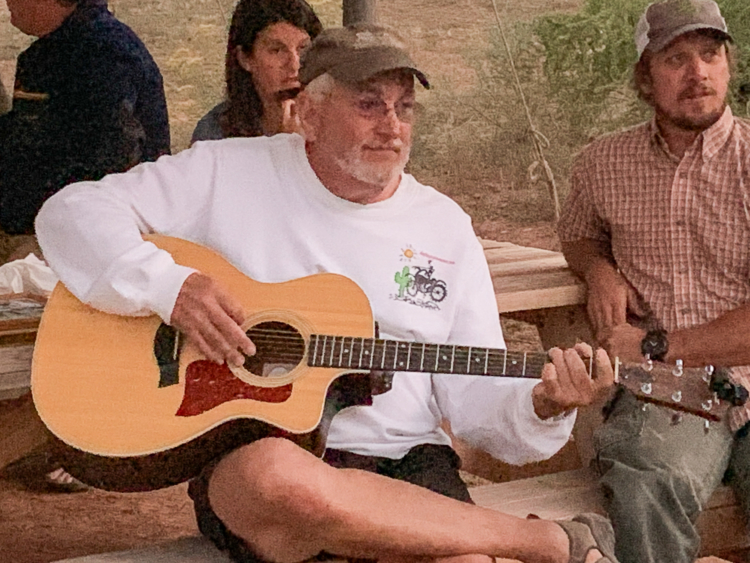 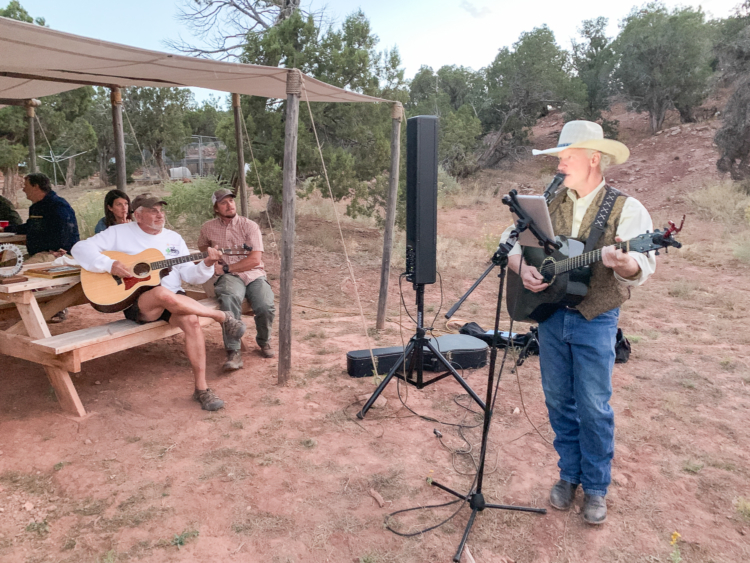 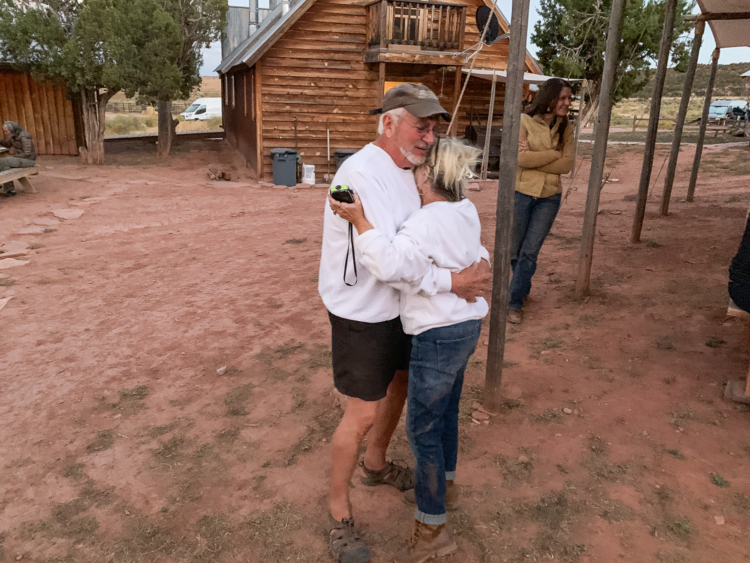 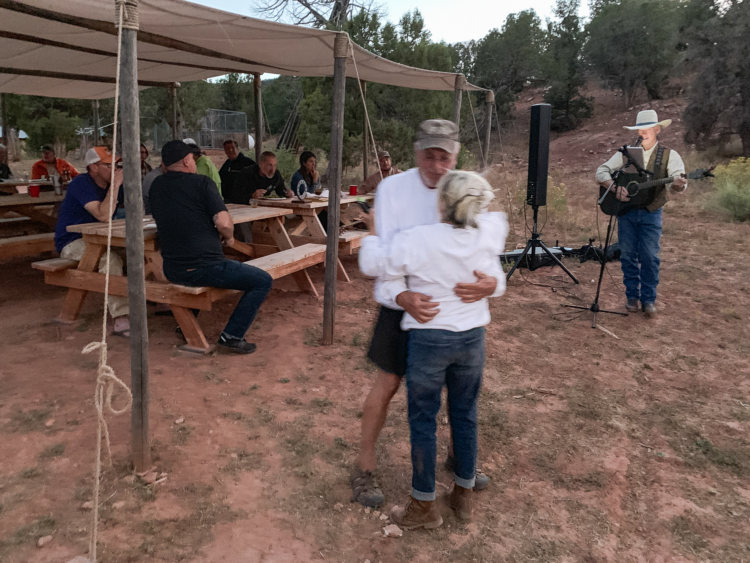 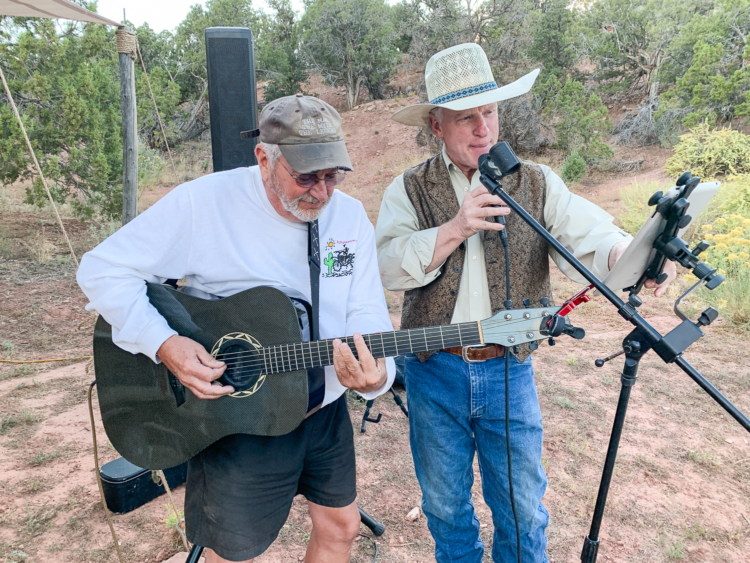 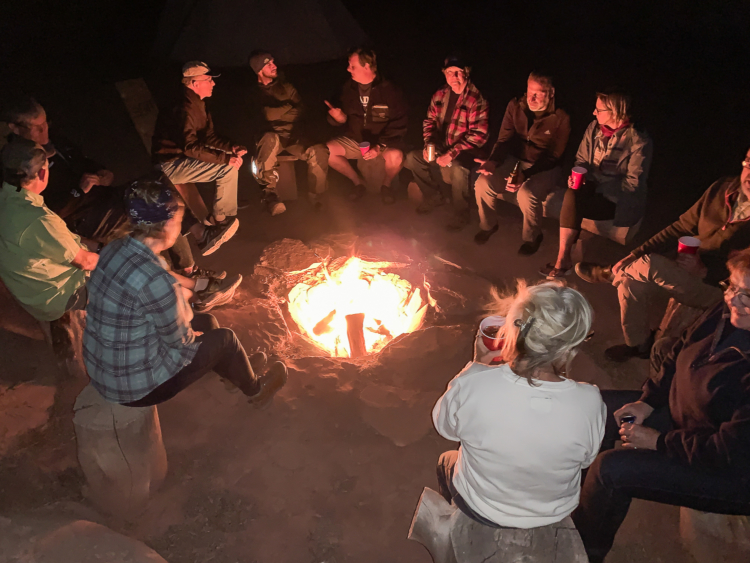 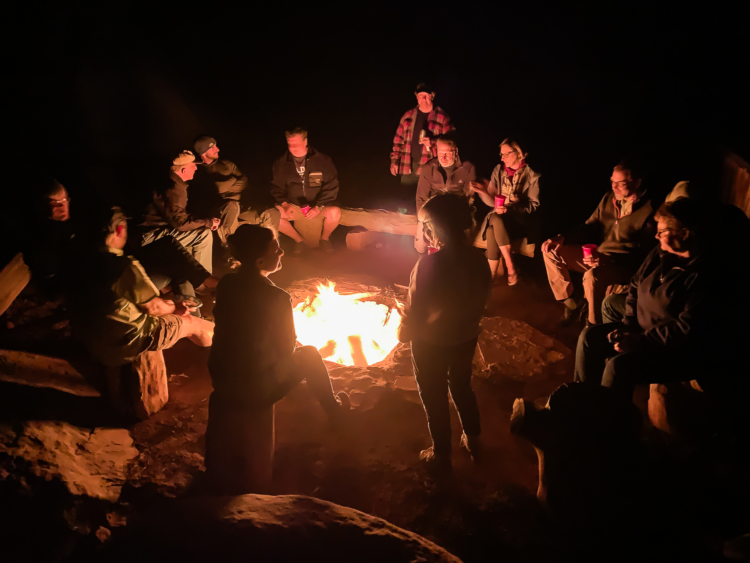