Despite a legal scrap with Dainese in Germany earlier this year that saw Alpinestars stop selling some of its previous inflatable designs in that market, Alpinestars had plenty of it on display at IMS Long Beach this weekend. The company says we’ll see no issues in the US over the current airbag suits; the kerfuffle was over an older design, which does not affect current Tech Air gear. The Tech Air line was never affected, says Alpinestars. 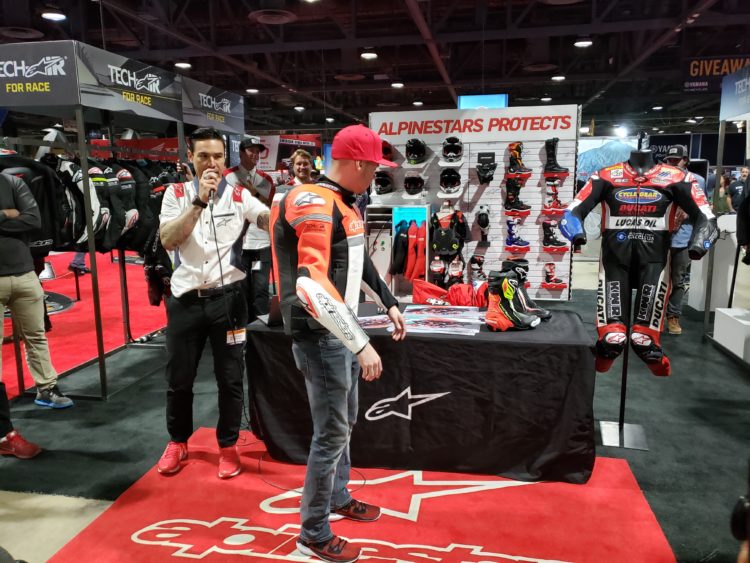 The movement made it hard to get a good shot here, but that’s an inflated Tech Air system blowing up that jacket. Photo: Zac Kurylyk

Originally seen in roadracing suits, the Alpinestars Tech Air system is now available in a wide range of street riding gear, including Gore-Tex suits, mesh jackets and other equipment that’s useful for the adventure riding crowd.

Basically, Tech Air is an airbag system that inflates when you’re in a crash. Onboard sensors detect the crash and inflate the suit before impact occurs—”Eight times faster than the blink of an eye,” was the mantra repeated during Alpinestars’ demonstration. 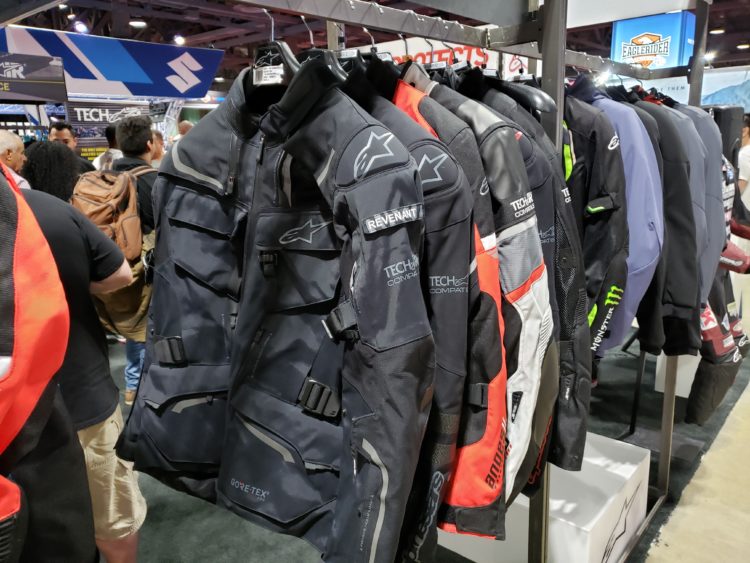 Some of the adventure line now has Tech Air compatibility. like the Revenant jacket. Photo: Zac Kurylyk

Indeed, during the demonstration, there was no lag; flip the switch, and you’re blown up like the Michelin Man (well,  maybe the Michelin Man on a diet). Of course, in a crash, it’s the AI that flips the switch, not Alpinestars marketeers, but it’s the same idea, an instantaneous layer of about two inches of argon that offers significant protection.

The roadracing suits have two charges built in. The idea is that, if the rider crashes but is able to re-mount and continue racing, they can do so (the suit gradually deflates after the first charge deploys). The street-oriented gear, though, only has one charge built in. 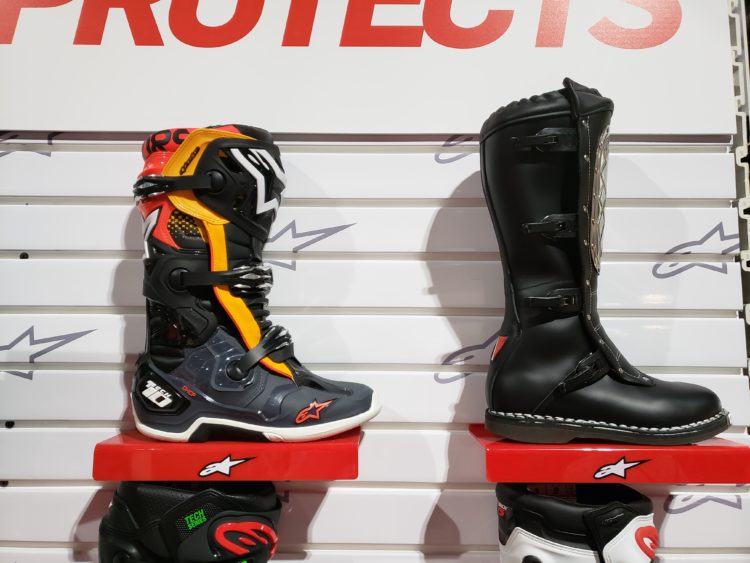 New vs. old. The Supervictory boots are super-cool, but who’s buying them? You rarely, if ever, see them in public use. Is their main market the, uh, “kinky” crowd? Someone let us know, if so. Or maybe not. Photo: Zac Kurylyk

As well, Alpinestars had its usual array of non-Tech Air riding jackets and other gear on display, including boots. Incredibly, the Supervictory boots are around for yet another year, cleverly juxtaposed with a set of Tech 10 boots in the display. Roger De Coster would be proud!