The American Motorcyclist Association sanctions a number of “Grand Tour” events during the course of a year.  Tours can require riders to ride to certain places, ride “best roads” and even find signs.

And, that’s just what AMA member Kevin Morris of Montville, NJ did.  Kevin registered and competed to participate in the tour which required riders to find business, roadway, street signs and more that have the letters A-M-A in sequence across the USA.  The event ran from April 1 through November 1, 2019.

“The 2019 AMA Classic Grand Tour gave participants an additional reason to get out and ride.  Kevin Morris’ final tally was amazing, and it was neat to see all of the places that A-M-A appeared in signage.”

During his “AMA Grand Tour” Morris was able to spot 105 signs on his 2008 Kawasaki ZX-14 that had the letters A-M-A in sequence.

“I do at least one Grand Tour a year,” he said. “It’s an excuse to go ride somewhere that you really wouldn’t have ridden otherwise. You get the discover something new.” 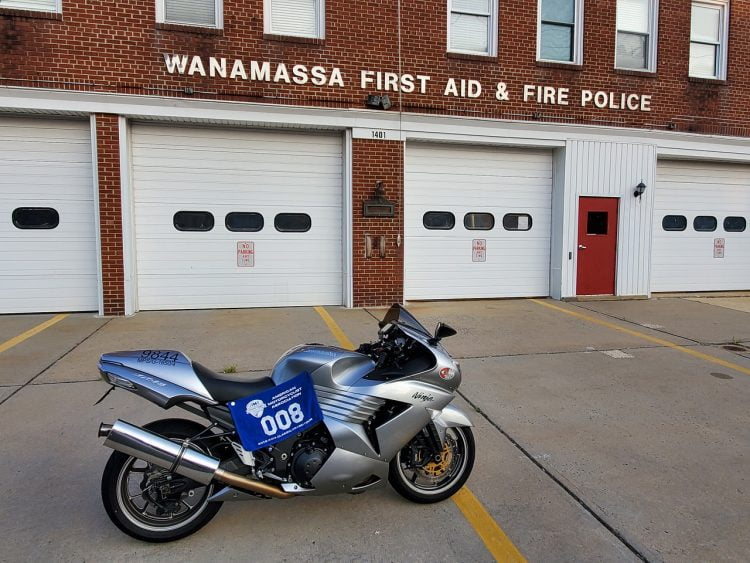 When talking about participating in Grand Tours themselves, Morris said:

“The way I approach these, and probably why I had a lot this year, is I do a lot of prep work first.  I don’t just get on a bike and ride around randomly. It’s a lot of research. I really don’t think you can participate in a Grand Tour without that part of it — the research. If you ride a Grand Tour, you’ll learn something, see some new places and have some fun riding your bike.”

AMA will present Morris with a plaque for his win.  Second place was taken by Dylan Morris of Brookfield, Massachusetts while John Weber of Arnold, Missouri took the last step on the sign finding podium.