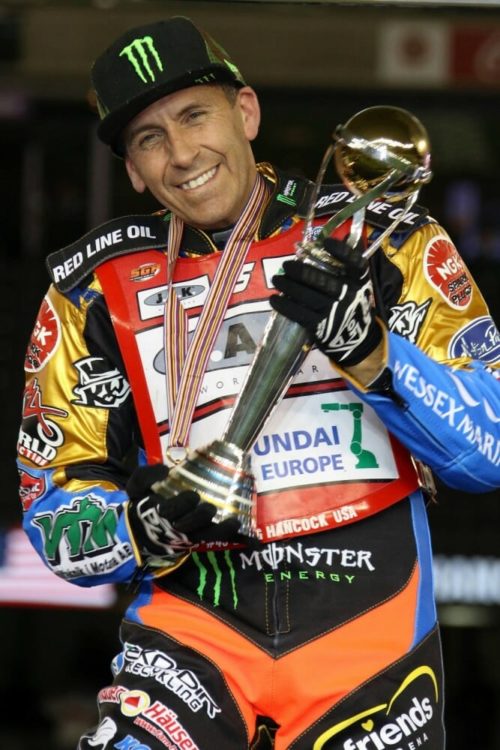 Greg Hancock with the trophy from another win. Photo credit: Cycle News

So why haven’t you heard of Greg?  Most likely it’s because he’s a world champion in a moto discipline that’s not well known in the USA.  Greg is a four-time FIM World Speedway Champion and multiple World Team champion for the USA.  Wildly popular in Europe and other parts of the world, Speedway racing has yet to gain a strong foothold with American audiences.

And, that’s a shame.  The racing is fast, exciting and not without risk.  Similar to Flat Track racing, Speedway racers circulate counter-clockwise around an oval.  But Speedway racers ride 500cc methanol burning, single-speed bikes that have no brakes. 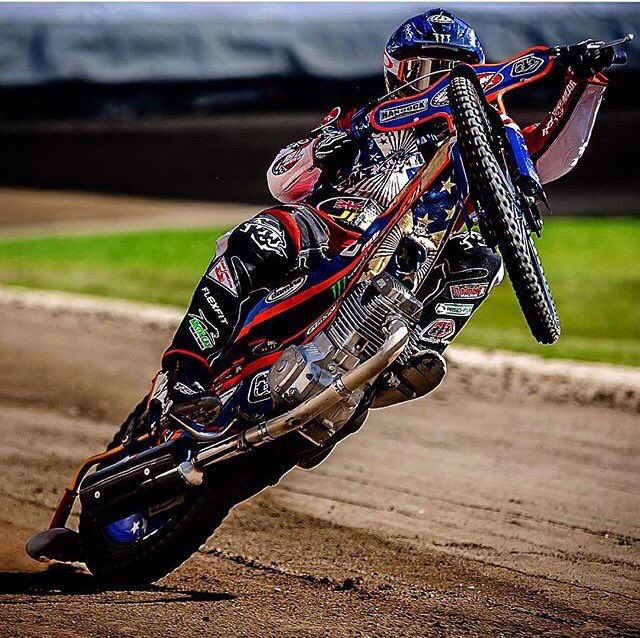 Racers battle handlebar-to-handlebar on ultra-short oval dirt tracks typically a quarter-mile in length or less. Each race typically lasts four laps, putting a premium on good starts, and the ability to slide the rear of the bike all around the oval.

If you want to know more about Greg and Speedway racing, the Trans World Sport video above provides a good summary.