Italy is one of the world’s most beautiful countries for motorcycle touring. Whether you are looking for art, history, fantastic roads, or great food, Italy has all of these qualities, and many more, in abundance.

Oddly enough, I have managed to travel with my motorcycle through a lot of countries in the world, but never my own. Now, current circumstances have allowed me to be a tourist in my own country.

Italy has much to offer, so in this episode I will cover some of the most famous and renowned areas: Apulia, Matera, Naples, and the Amalfi Coast.

The first region I want to explore with you is Apulia, where there are both beautiful cities and world heritage sites. Apulia is located in the southeastern corner of Italy (“the heel of the boot”), and the terrain is not very mountainous so the best thing you can do in this area is just see the sights—and of course, eat. Food is a huge part of Italian culture, and the south has some of its best expressionists. From seafood to vegetarian, from pasta to meat-based platters, you can’t go wrong.

The region’s wine is absolutely fantastic, too. High temperatures and close proximity to the sea produce some of the strongest and full-bodied red wines in Italy, such as Aglianico, Primitivo and Nero di Troia. 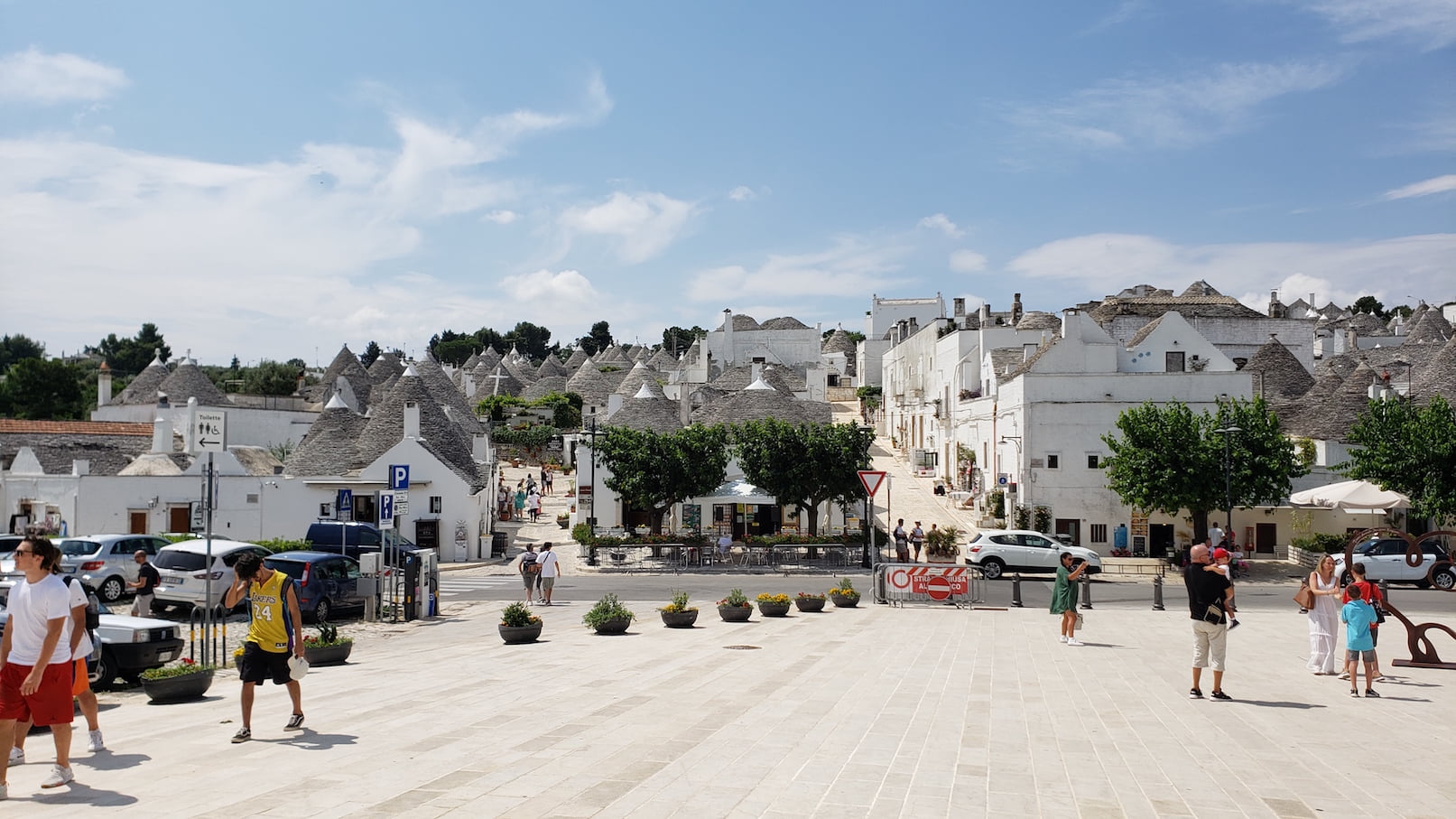 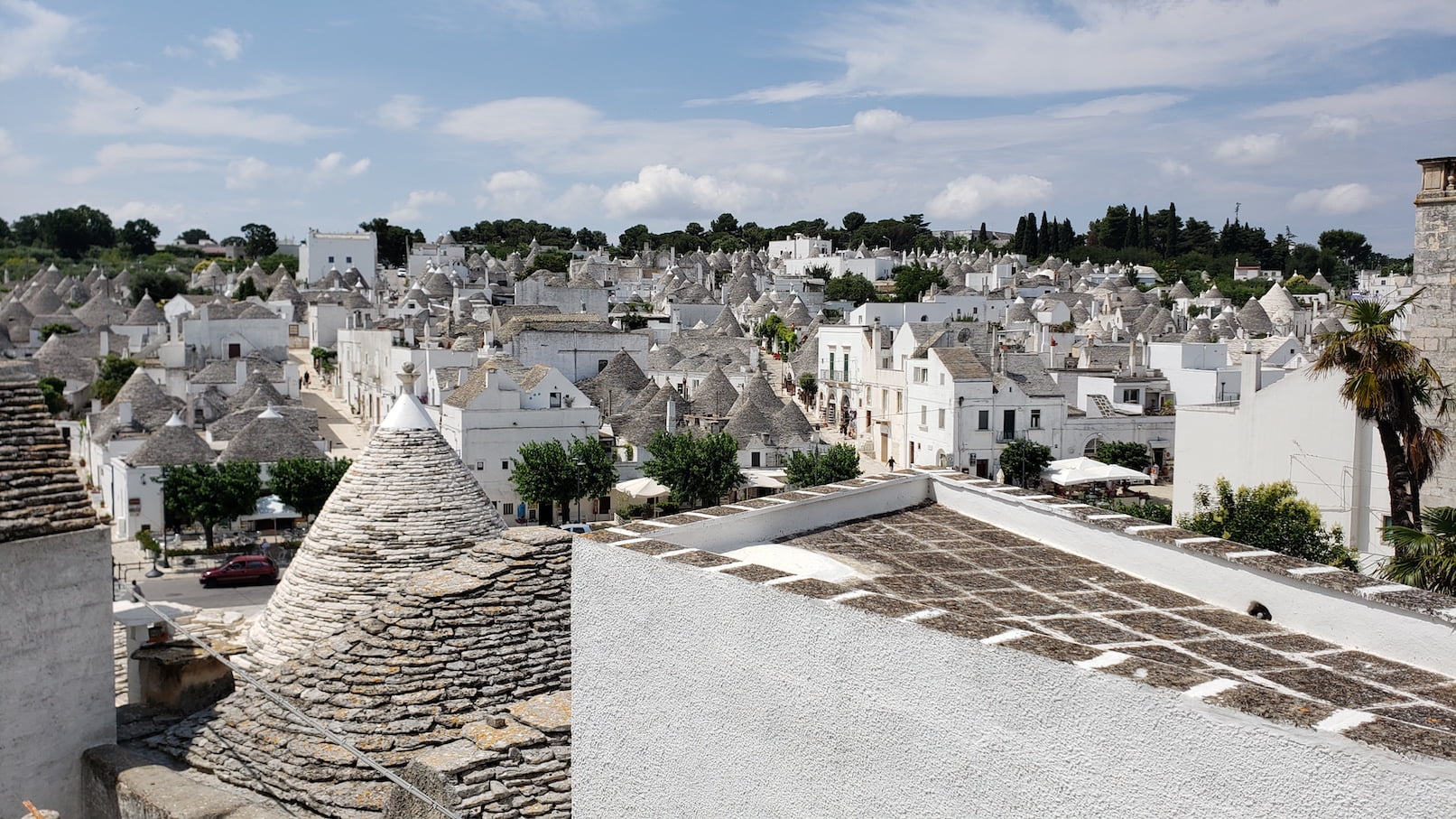 Alberobello is a wonderful place to visit. Housing consisted of farmers’ huts, back in the day. As cheap and rudimentary as they were, their cooling and ventilation system were absolutely incredible. 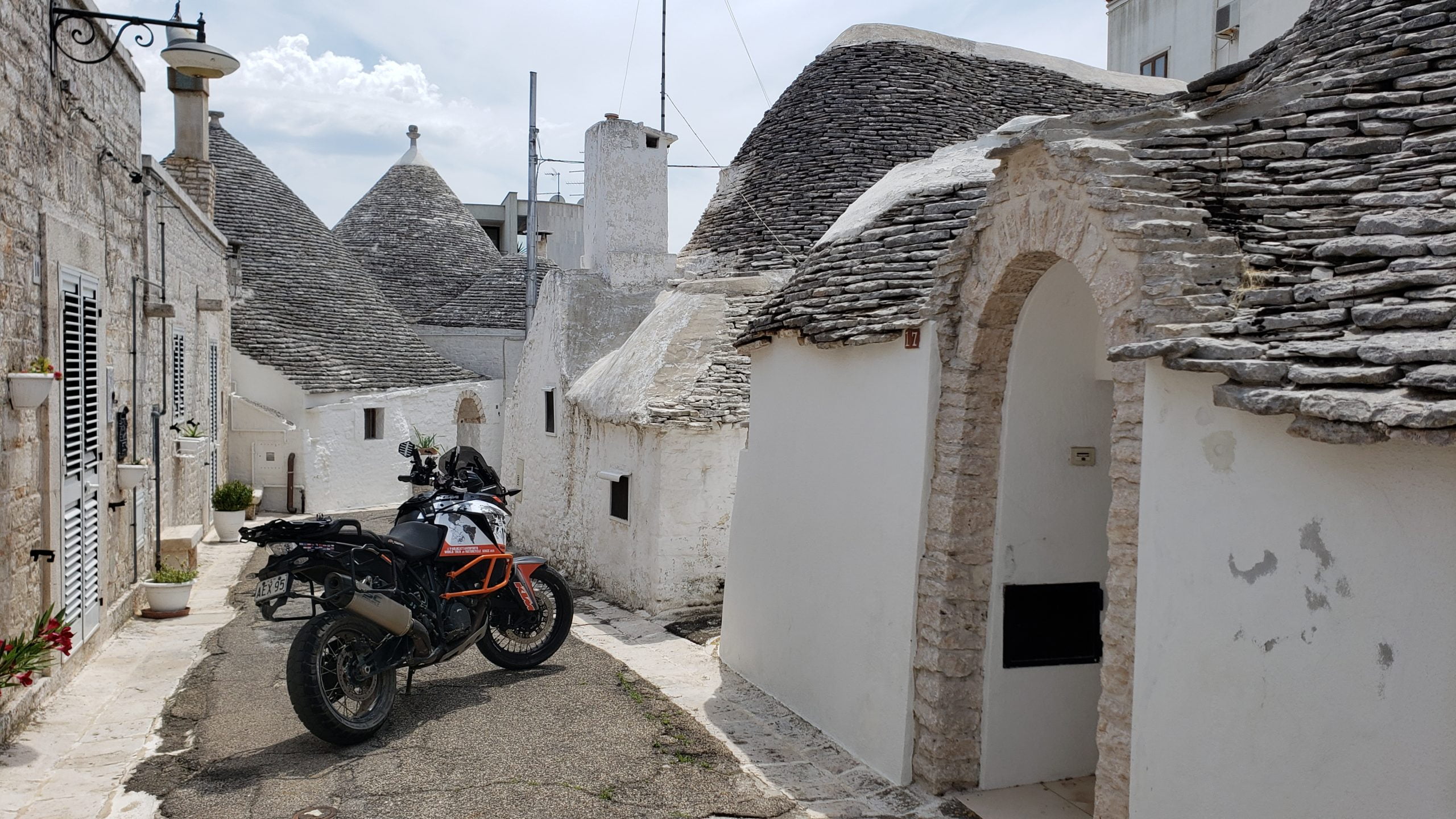 Small houses called “trulli” form an intricate and fascinating conglomerate in the city center, which gets quite busy at night. The small roads and the peculiar construction give a sensation of being in a theme park more than an ancient city. It could be called the “Hobbiton of Italy.”

On the edge of the Adriatic a short distance north of Alberobello is Polignano a Mare, a fancy seaside town where you can stroll by the ancient city walls and take some incredible pictures of the cliffs. 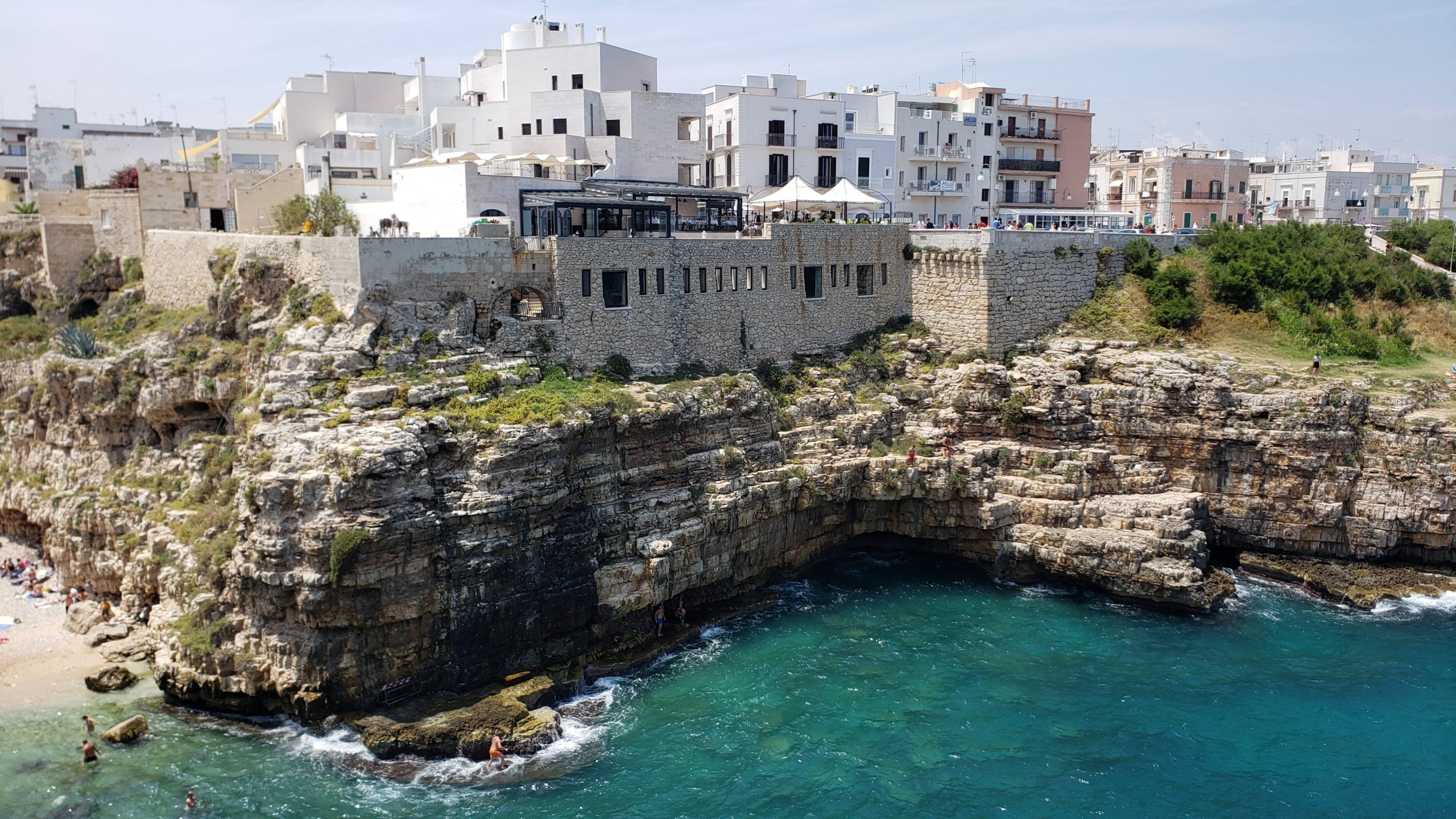 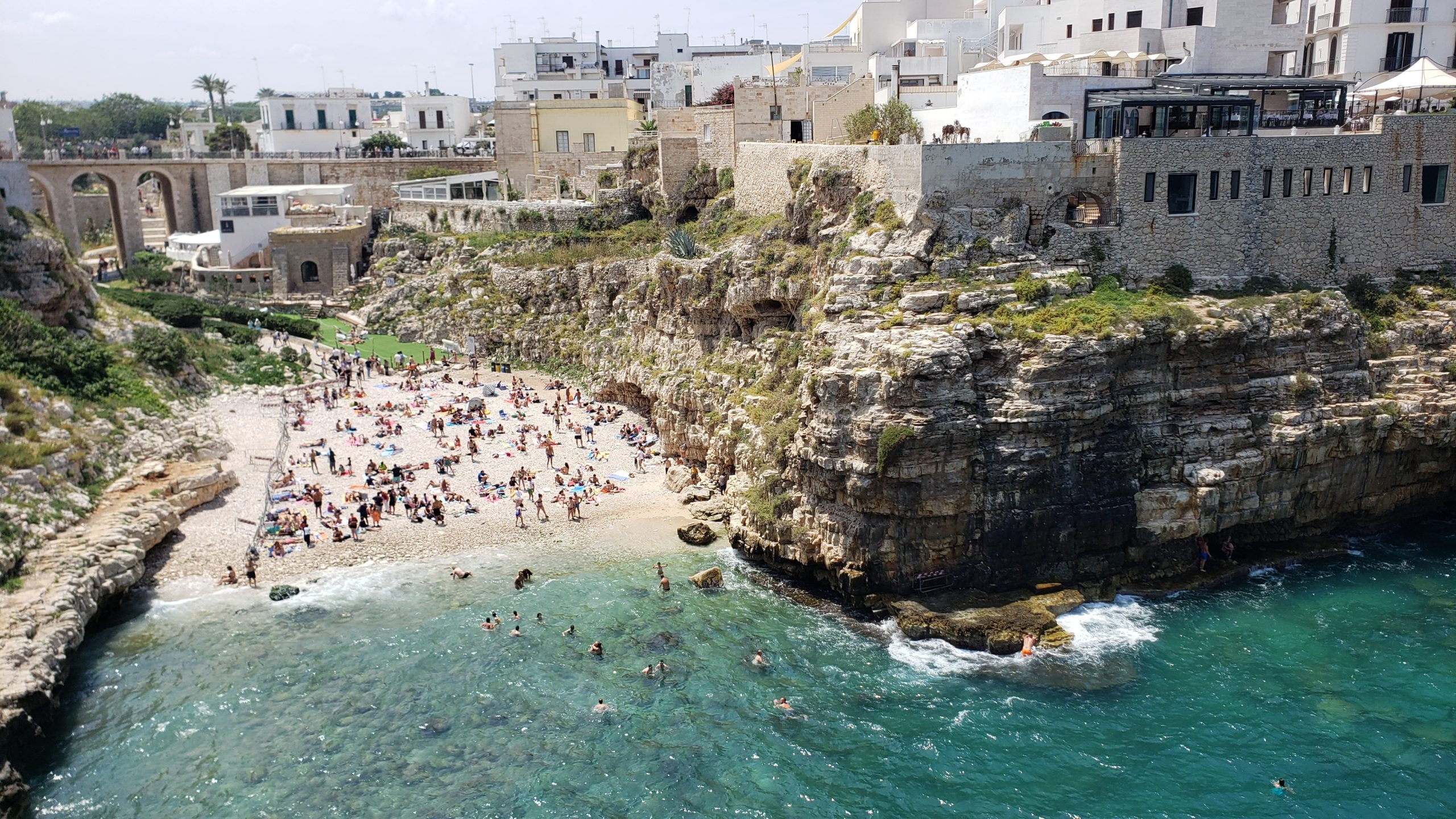 Polignano is home of the famous “Volare” singer, Domenico Modugno, and of one of the most exclusive restaurants in the world, where diners are seated inside a cave, right on the shore. Not quite sure if this is all legal, in terms of permits and WHS regulations, but this is Italy and I’m sure that somehow somebody managed to make it legit. 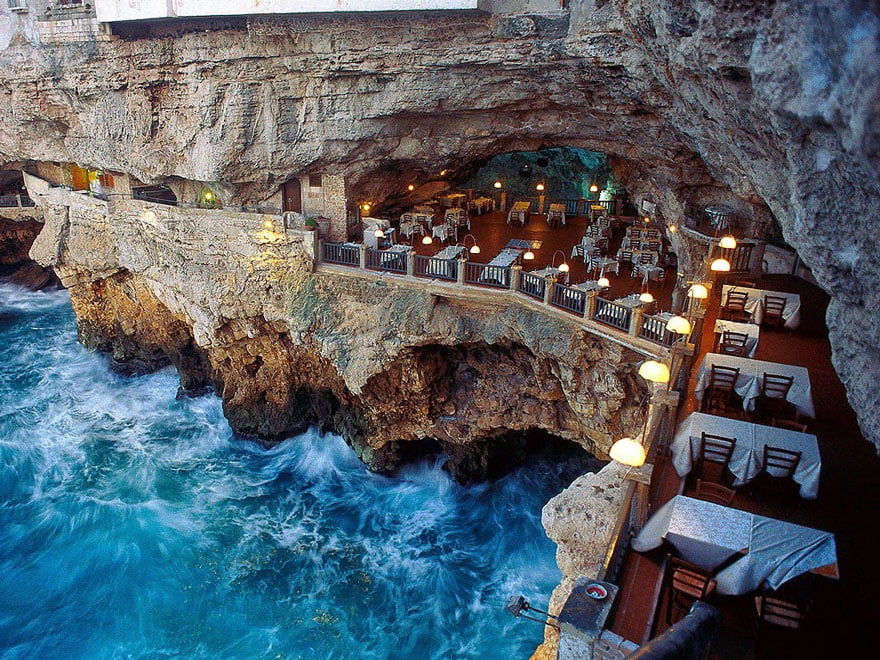 About 50 km southwest of Polignano, we find the ancient city of Matera, where the famous “Sassi” (aka Stones) are. The whole place is made of rocks and sits next to a huge ravine. 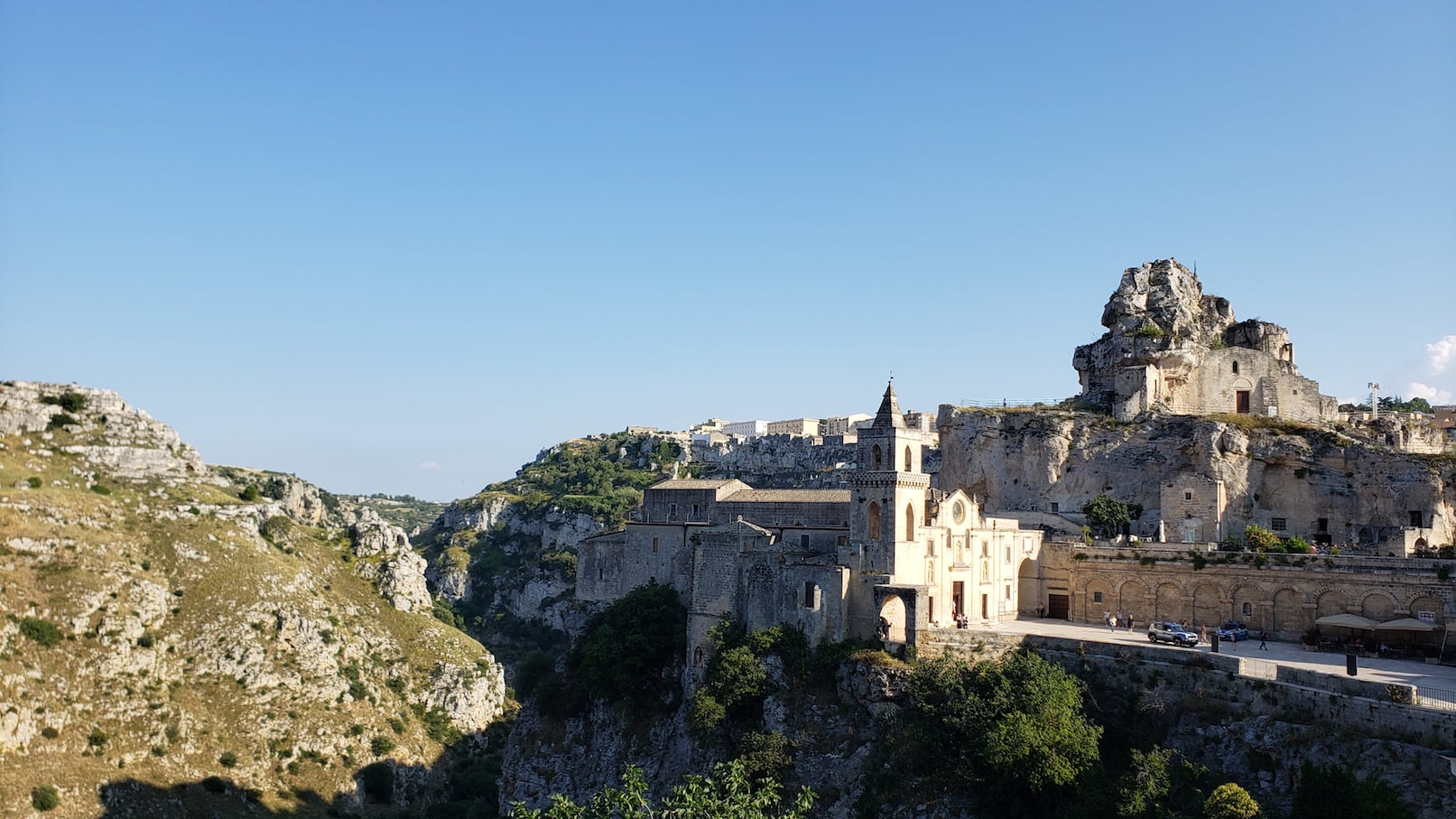 From the left: the ravine, the new church and the old church, carved from a rock.

Since the old houses were dwellings carved in stone dating back to the Neolithic, Matera is one of the oldest continuously inhabited towns in the world. There’s even a church carved into the ancient rock. 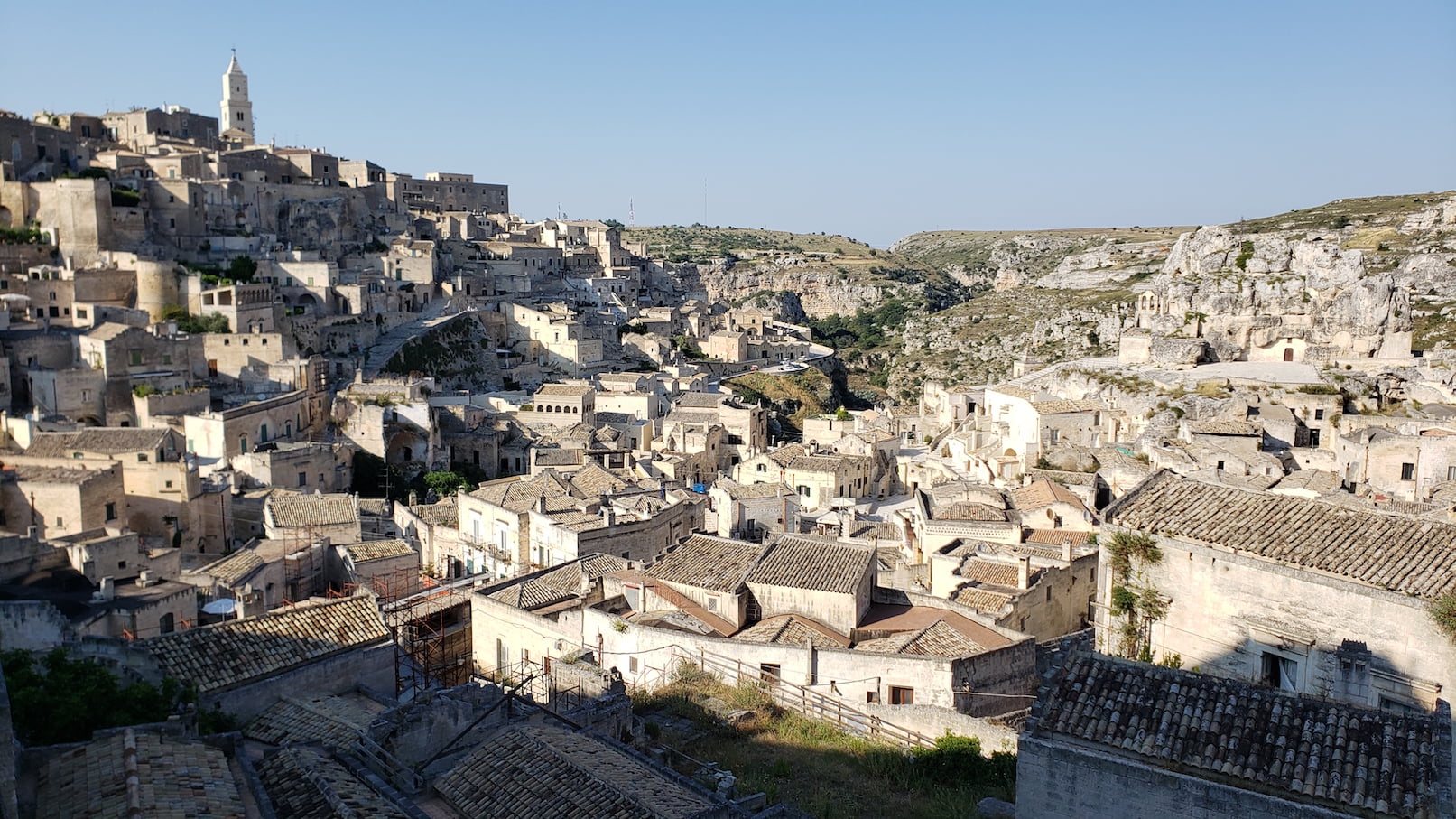 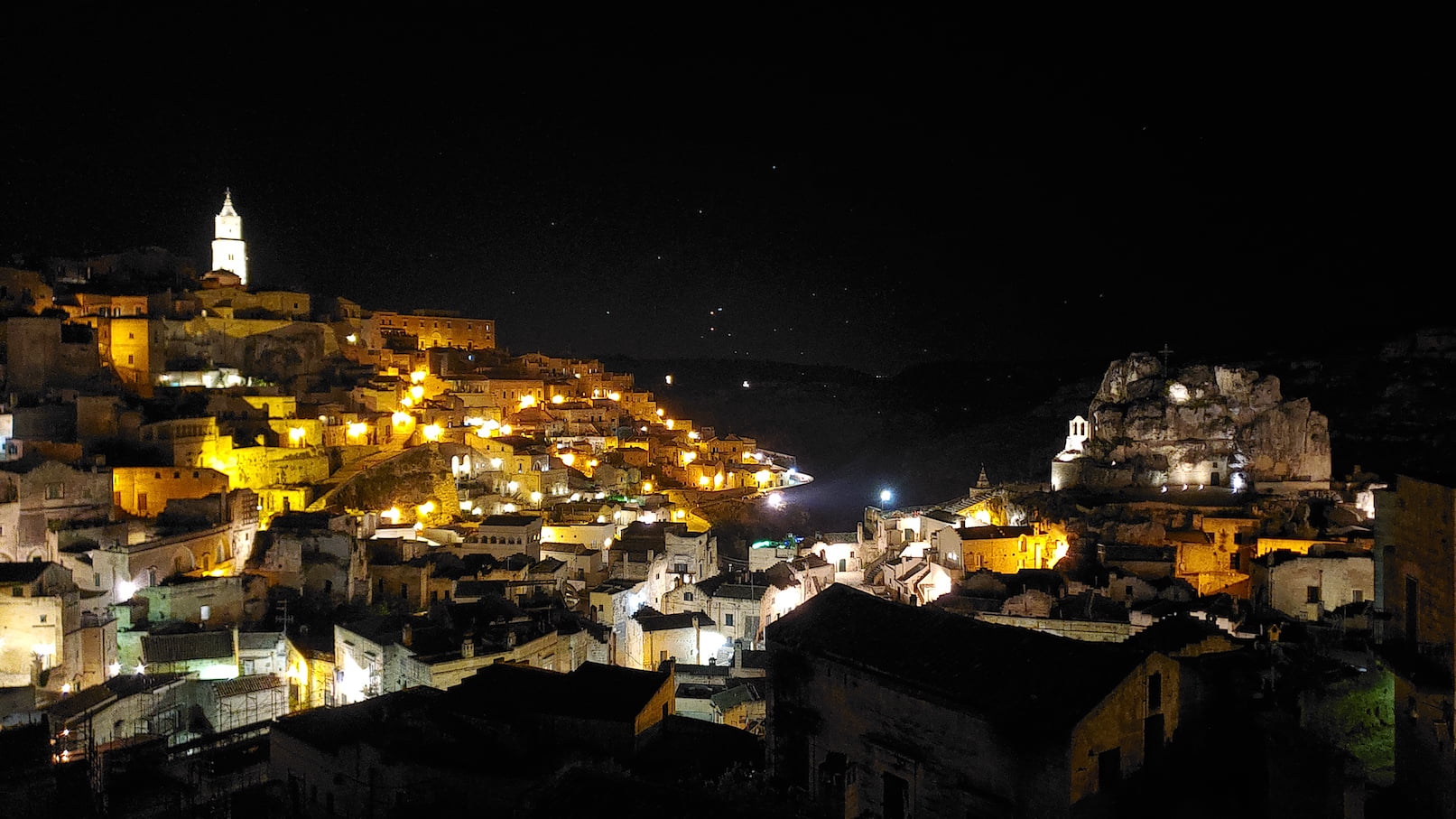 The city, other than being used by different producers as a movie set, is also an UNESCO World Heritage site and is lit up at night.

On the other side of the “boot” we have the beautiful (and busy) Amalfi Coast. It is a small stretch of road running from the old maritime city of Salerno to the ancient Pompeii. This is the place to be for the rich and famous and is undoubtedly one of the prettiest and most iconic places in Italy. Everything screams “Italian” here, from the small Fiat 500s and Vespas zipping around, to people shouting and gesticulating at each other, to amazing food and coffee. 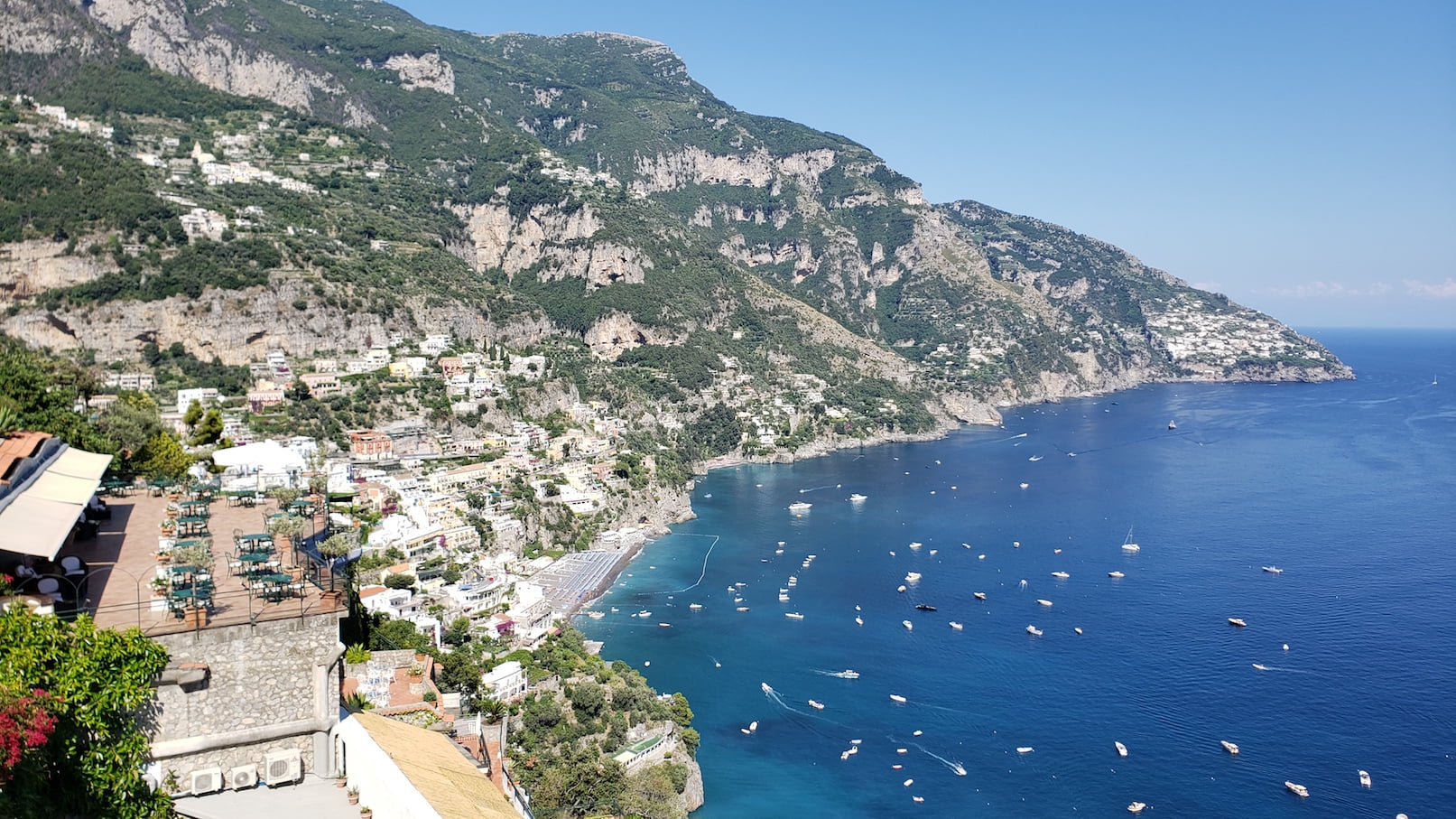 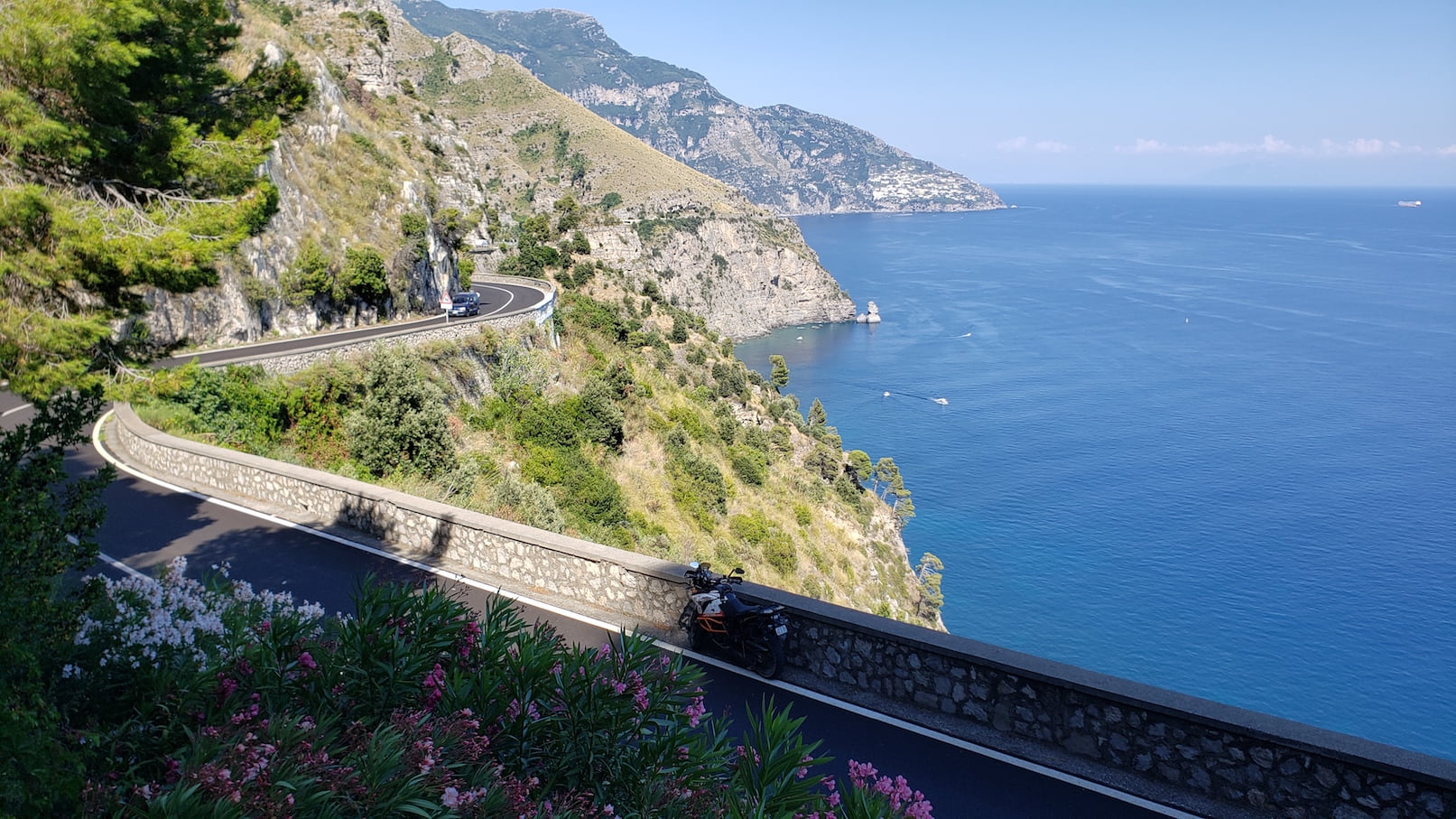 The coastal road is breathtaking, but also one of the biggest challenges around here—roads are narrow and Italians are notoriously fast drivers. The main spot is certainly Positano, a cliffside colorful little town almost at the end of the Amalfi Peninsula. This is the place where “la dolce vita” was probably invented. Fancy yachts, beautiful women, and fine dining are just some of the things you can easily find here. The view is amazing and the town is usually packed with tourists from all over the world. 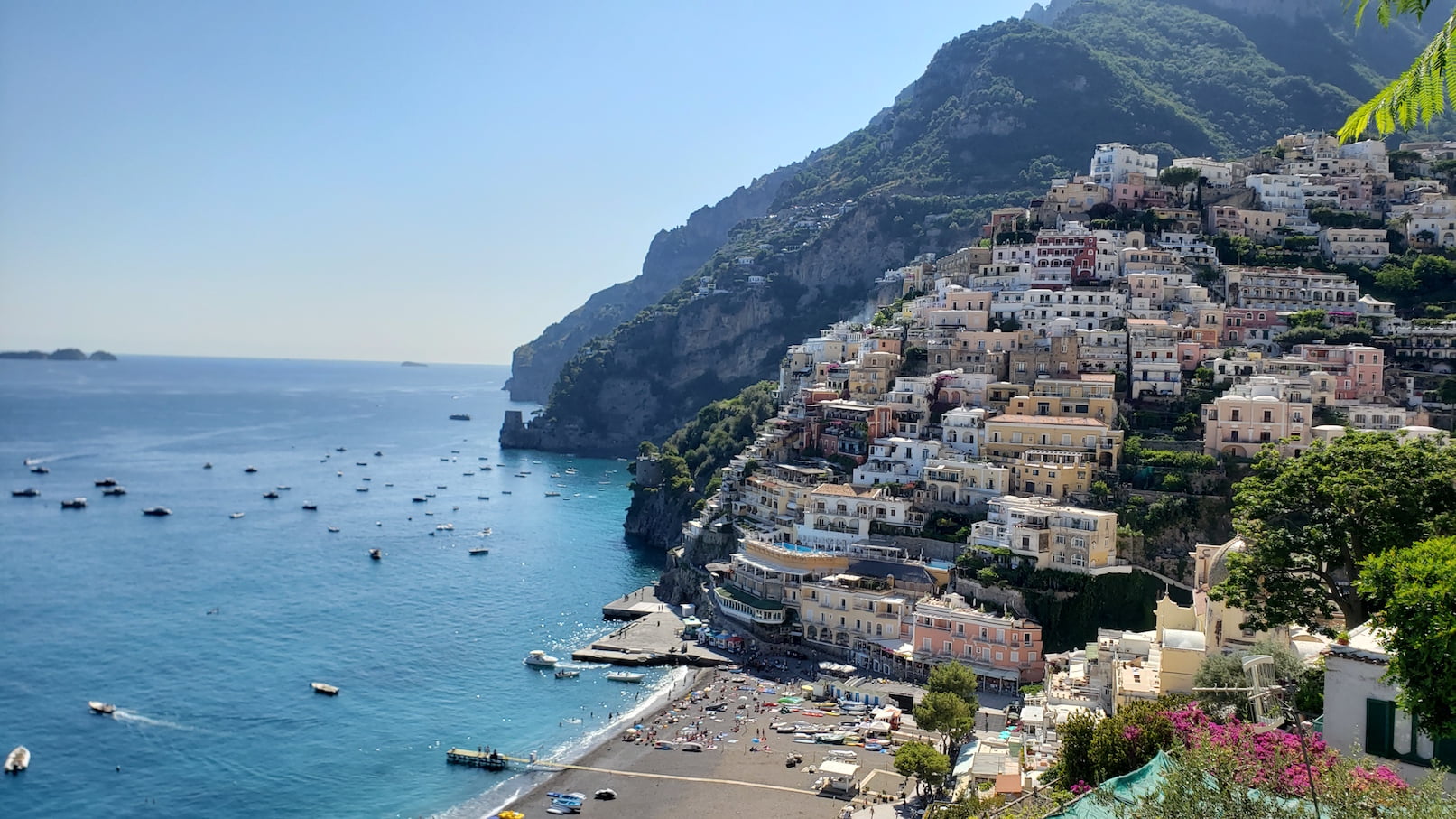 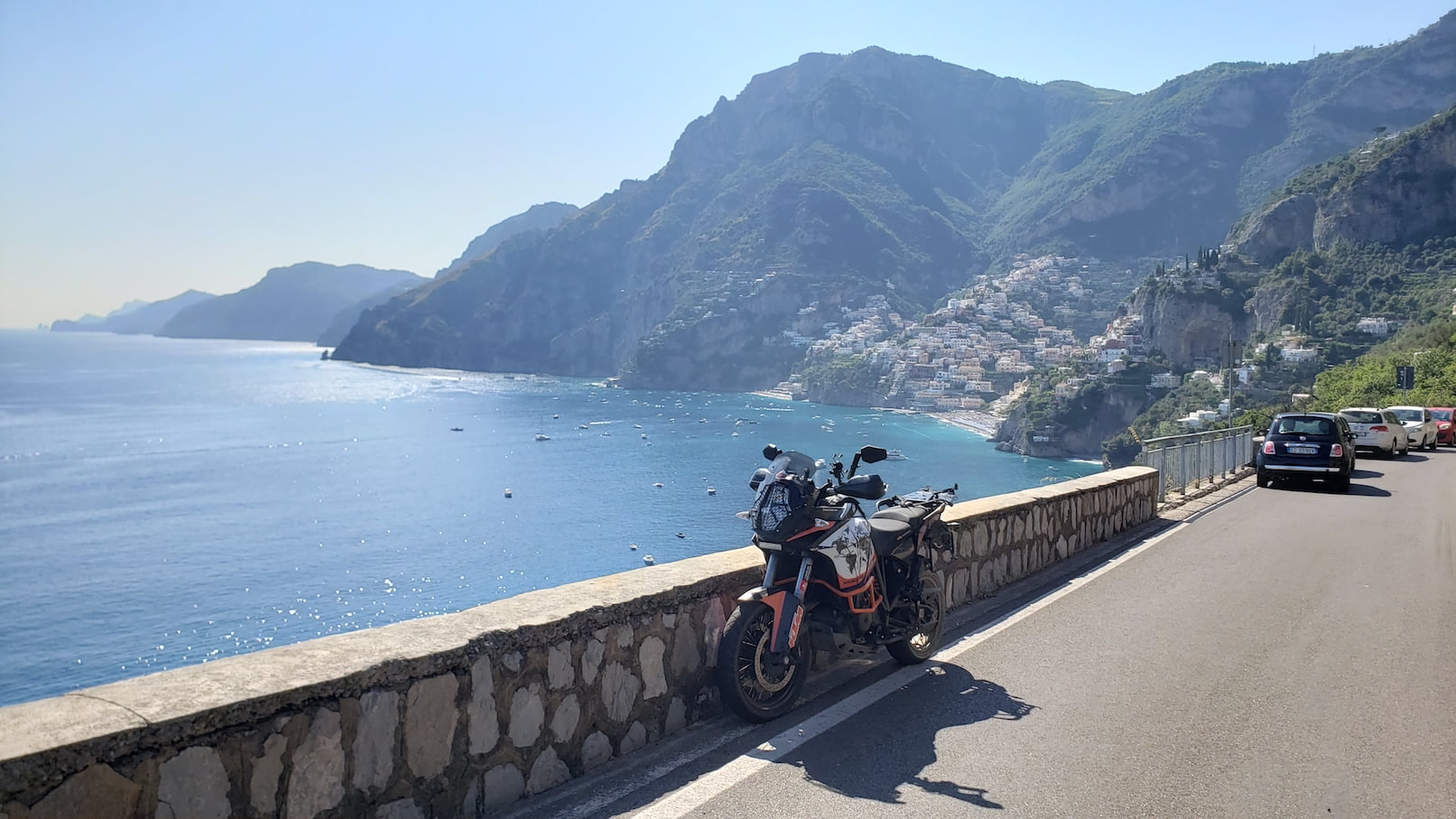 It’s no surprise to see that you have to reserve your spot a day before to go to one of the road-accessible beaches. Aside from the amount of people flocking to the area every summer, this piece of road is one of the prettiest in the world. Nothing beats riding around the peninsula and stopping for coffee and pastries alongside the beautiful coast. The people-watching here is highly entertaining. 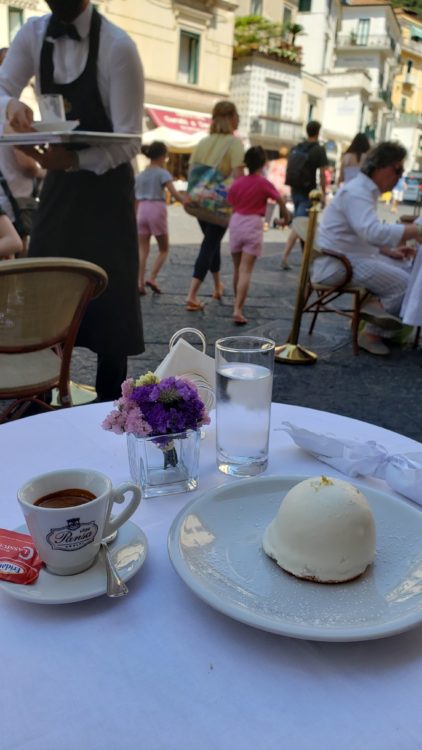 It’s not wise to race along this twisty road, so I recommend keeping to a conservative pace and soaking in the incredibly relaxing vibe.

Not far from the Amalfi Coast there’s one of the most enchanted places on earth too: Pompeii. The ancient city was “frozen in time” by a massive volcanic eruption back in 79 BC that covered the entire city in eight feet of ash, killing everybody living there but also preserving all the buildings and artifacts and mummifying all its inhabitants. To walk in the city feels like traveling back in time. 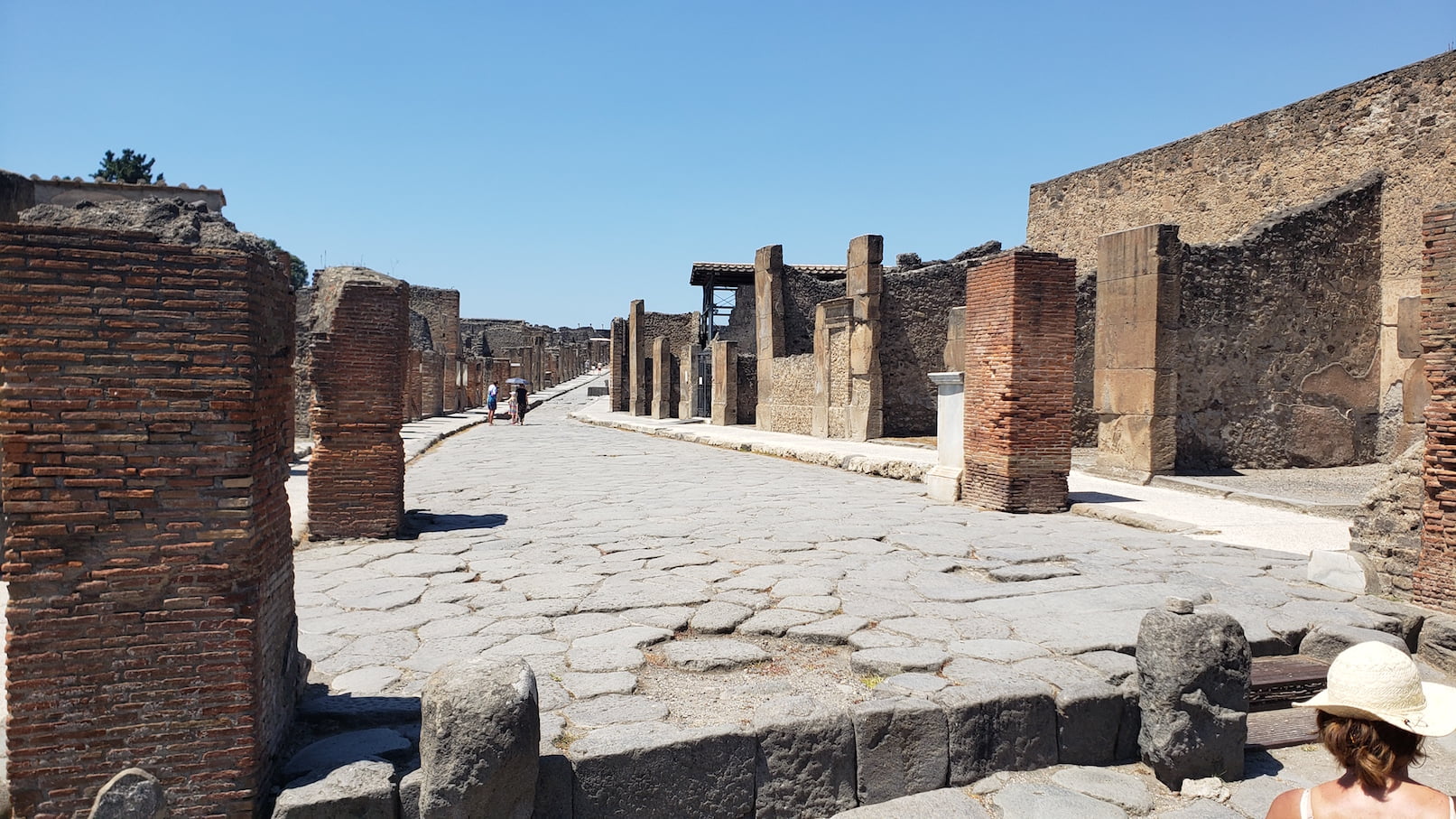 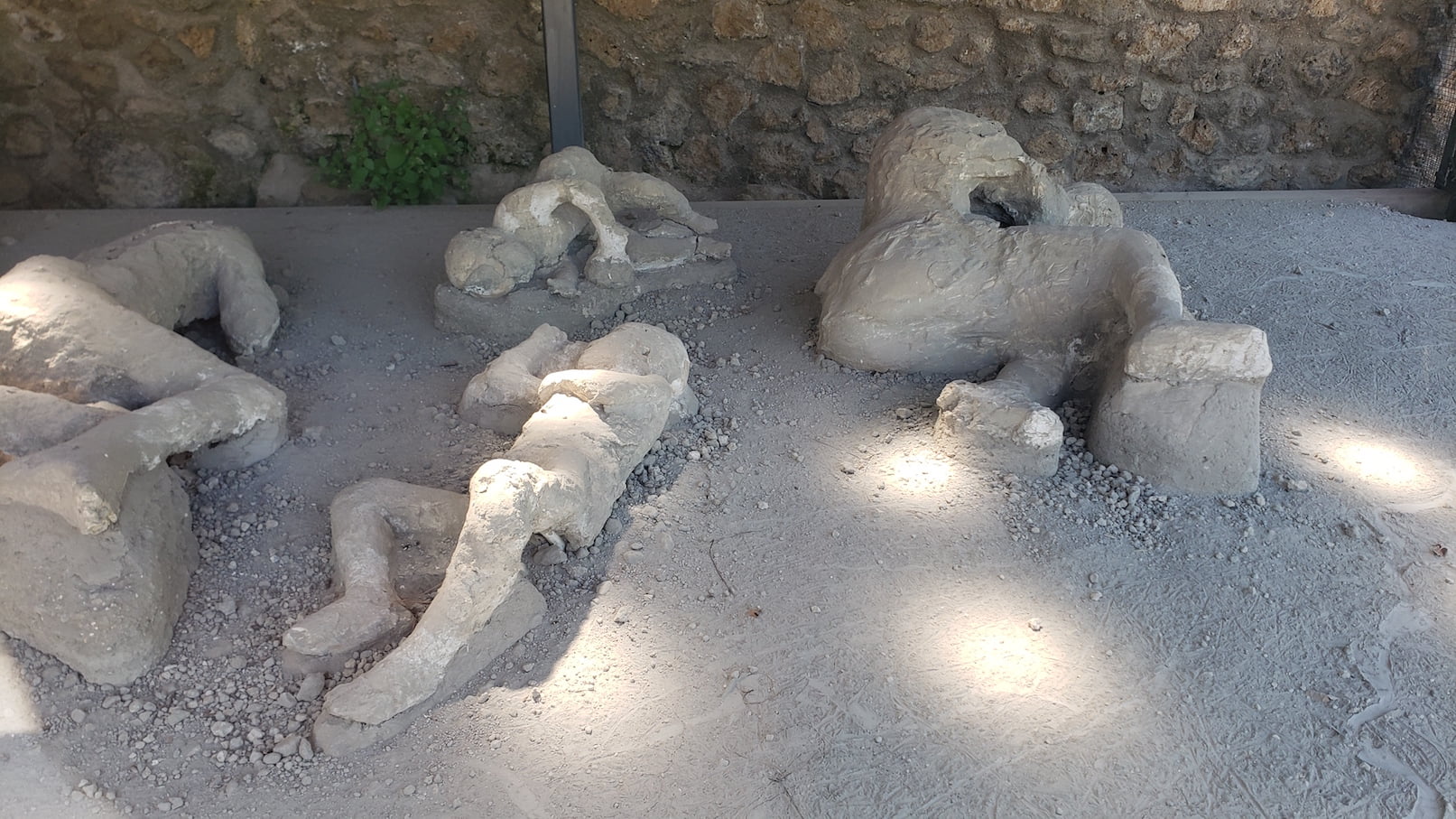 Some of the archeologists took time to make cast replicas of the mummified bodies they found while digging in the area. The bodies were so well-preserved that they were able to reenact the explosion’s effects, as people tried to flee but were suffocated by the huge toxic smoke cloud. 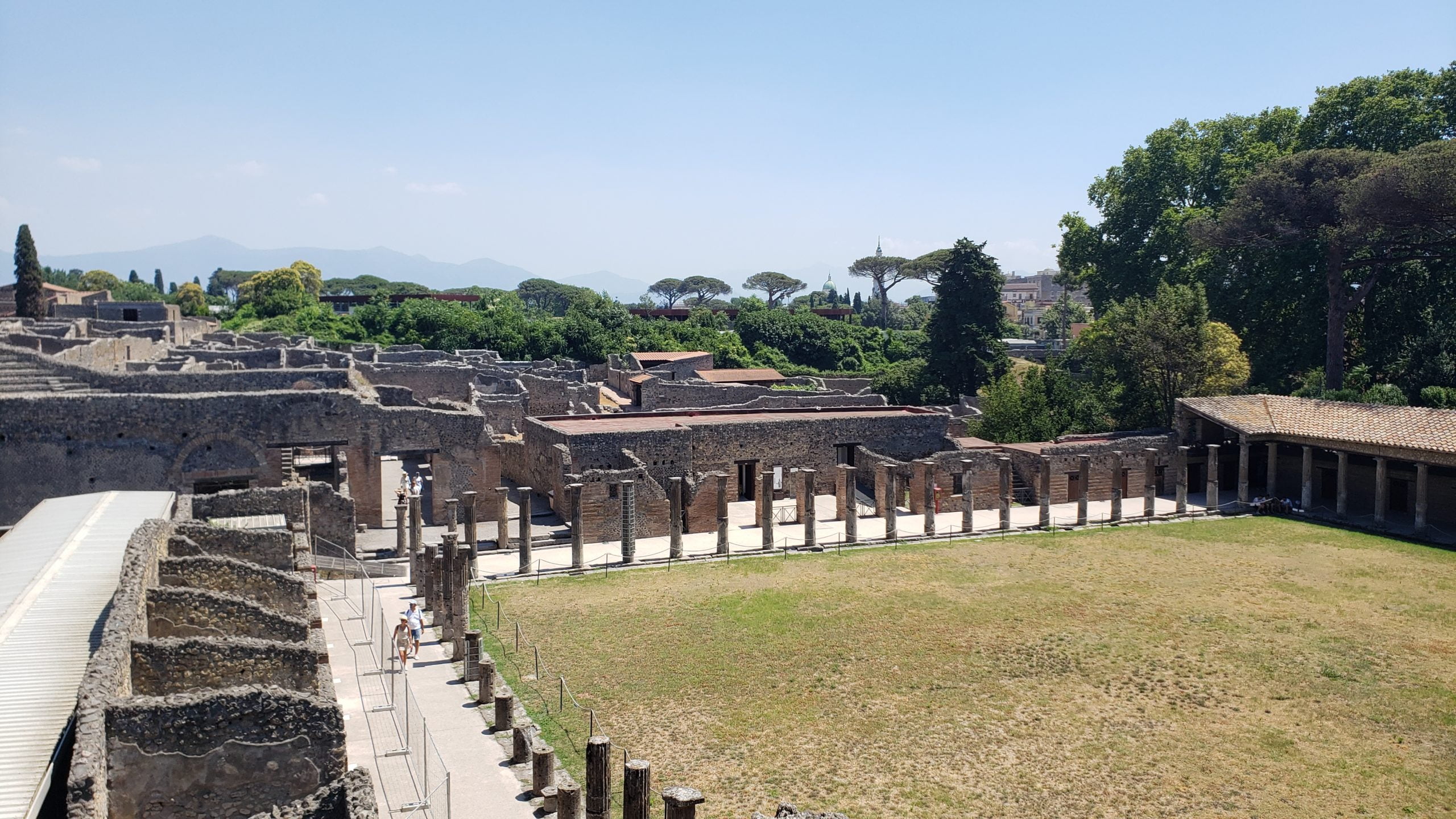 A few miles away from Pompeii is Mount Vesuvius, responsible for the destruction of the city back in those days and clearly visible from everywhere inside the bay of Naples. 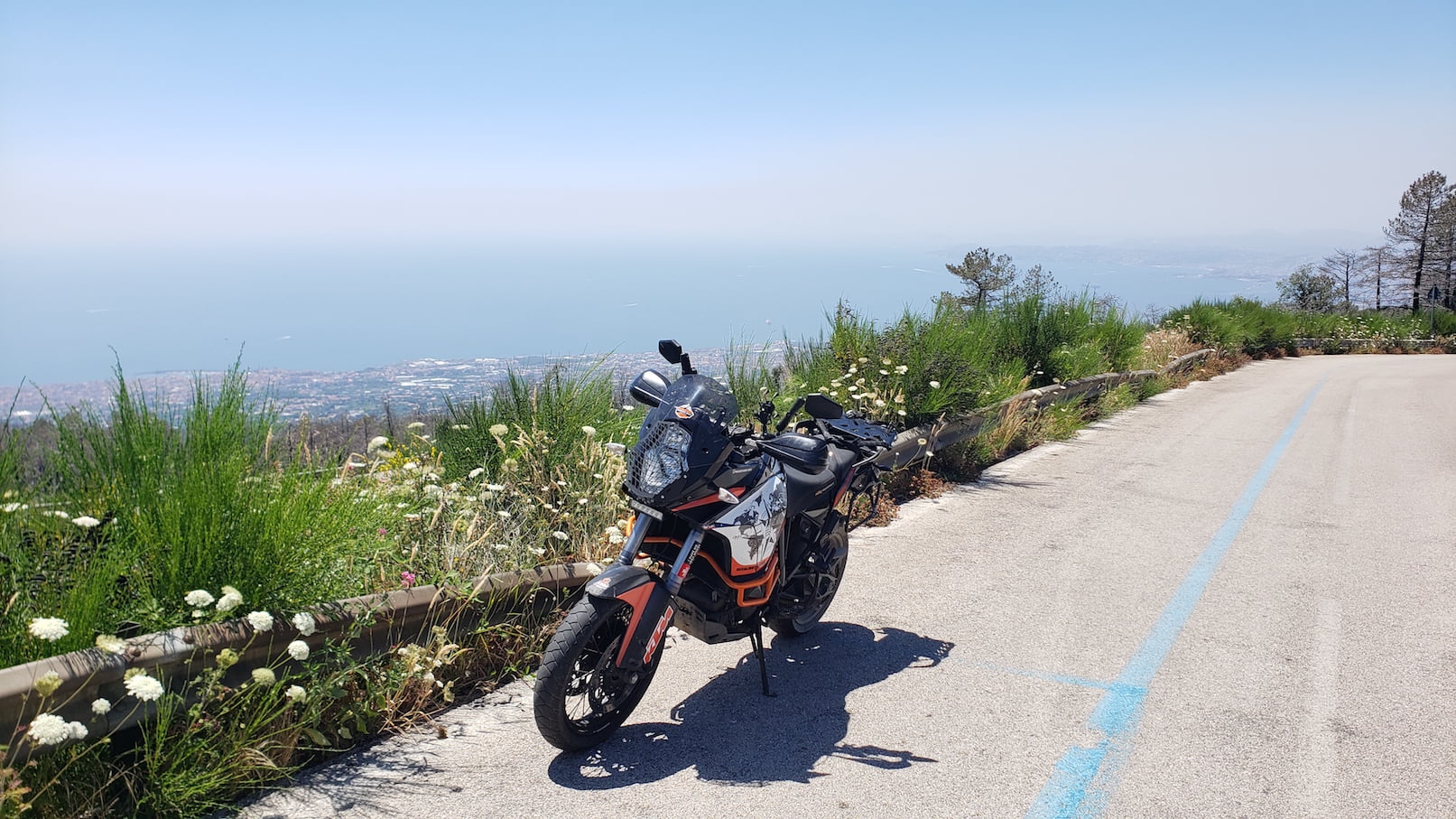 The main city in this region is clearly Naples; it is famous for many things but known worldwide for one thing: pizza. Here’s where the famous dish was invented, in honor of the old Queen Margherita. It’s quite easy to assume that the best pizza in the world is here. Aside from the technique, the secret is certainly the pure water, which comes from underground springs, numerous in this region. Water also makes this place the best there is for pasta and all other dough-based food.

It is also a matter of tomato sauce and mozzarella, which are locally produced and easily some of the best to be found in Italy. 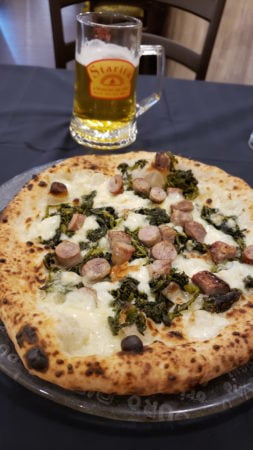 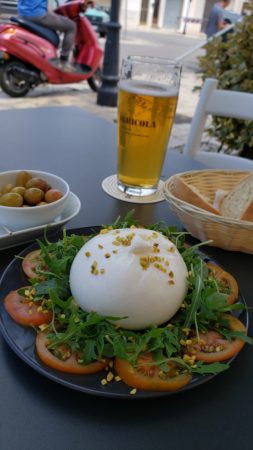 Napoli also offers some challenges to the newly arrived visitors. Traffic is intense here, and the small, irregular roads and the arbitrary interpretation of driving rules make Naples one of the most dangerous cities to drive in. 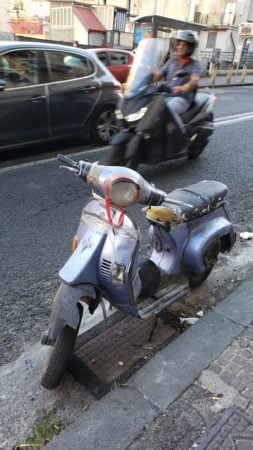 It is quite common to see people ignoring red lights, going the opposite way on a one-way street, or parking randomly, kind of in the middle of the road. But Naples also earned the nickname of “most dangerous city” in Italy because of Camorra (the local mafia) and a bad reputation within Italy and Italians for its unfortunate rubbish collection issues. Aside from this, Naples could also be associated with being the “heart” of Italy. It’s where the artistic genius of italians has its origins and where people are the warmest, food the richest and history the most diverse. If cities were kids, Naples would be the eccentric, punk, emo daughter of Italy.

In this sense, It is also one of the most interesting places to visit, for its unpredictability and uniqueness.

More to come in the next article.