Motorcyclists in search of the perfect travel laptop will get a variety of responses, but one you’ll always see is “Just buy a MacBook Air, or an iPad Pro.” And now, both devices have been updated.

Whether an iPad can really replace a laptop, or whether the MacBook Air is worth the extra money when compared to something like the Dell XPS line can be debated. However, there’s no debating that many motorcyclists have bought them for travel usage, and are happy with them. They might be even more happy with the incoming updated versions.

The MacBook Air has two major changes for 2020: a new keyboard, with scissor keys, and some new internals that include increased storage space (hard drive space starts at 256 GB now, and can be ordered as high as 2 TB). The Air now has 10th-generation Intel CPU hardware, and Apple says that’s twice as powerful as the outgoing model. Pricing starts at $899 US for students and teachers, and for that money, you get a 1.1 GHz Core i3 dual-core processor with 256 GB of storage and 8 GB of RAM. If you pay more, you can get a 1.2 GHz Intel Core i7 quad core processor with Turbo Boost up to 3.8 GHz and 16 GB of LPDDR4X RAM, along with the 2 TB PCIe SSD storage. More details are available at Apple’s website. 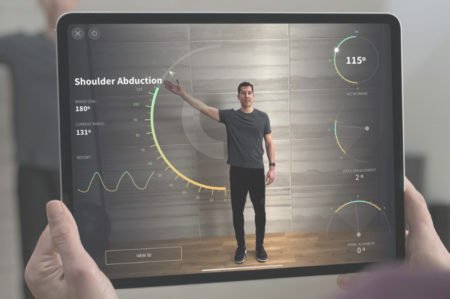 As for the iPad Pro, there’s two versions of this tablet for 2020. The 11-inch model starts at $799 US, the 12.9-inch model starts at $999 US. The biggest change? Probably the new kinda-sorta trackpad, built into the keyboad cover (it’ll also work with 2018 iPad Pro models). There’s also an updated camera, with 12-MP wide and 10-MP ultrawide sensors. The camera also has a LIDAR sensor, like you’d find on a car’s anti-collision system or a speed detector. In this case, it’s used to measure distances, to help the camera’s function. The display isn’t really upgraded over the 2018 model, supposedly (although Apple says it’s the “most advance” tablet display in the world), but there are five built-in microphones aimed at high-quality recording capability. Internally, there’s a new A12Z Bionic chip powering the device, which is supposed to be faster than the previous A12X chip.

More details are at the Apple website, and the iPad Pro is available immediately.

Which one’s for you? Travelling writers have sung the praises of the MacBook Air for years, but tablets do have one advantage over laptops: It’s easier to get LifeProof cases and other ruggedized protection for them, which is very comforting when you tip your bike over on a stream crossing, or in a silt bed in Baja.