If you are the kind of person that likes exclusive superbikes, then Aprilia may have the two-wheeled scalpel you want.  The RSV4 Factory has been Aprilia’s cutting edge superbike for some time.  However, Aprilia is claiming that the 2019 RSV4 is the most powerful, lightweight and track capable RSV4 ever.  They claim that this year’s model has the best frame, suspension, and electronics package giving it the most performance of any RSV4.

Aprilia says that the RSV4 project is based upon one stated goal.  That goal is to be the best and fastest uncompromising superbike.  The bike that comes closest to Aprilia’s dedicated racing bikes in terms of performance and effectiveness. 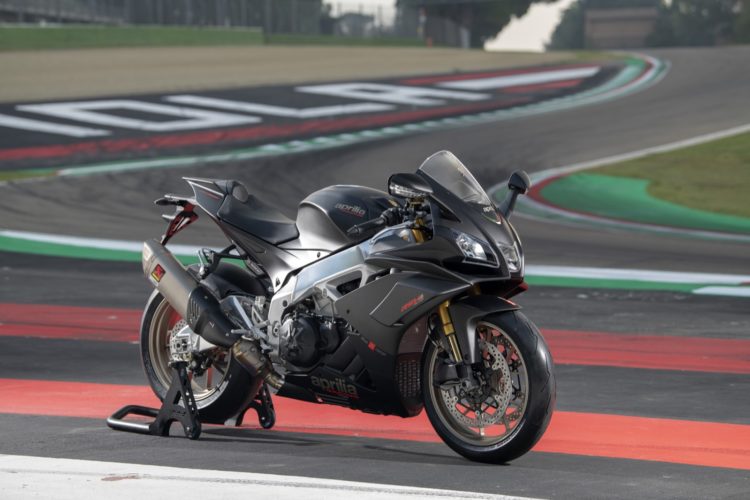 Aprilia’s RSV4 Factory is the company’s fastest, most powerful and lightest ever.

Electronics have also been upgraded.  The Magnetti Marelli 7SM ECU has a new map.  The APRC electronic controls package has also been revamped.

Suggested retail pricing for the RSV4 Factory starts at $24,499.  If the RSV4 Factory is a bike you are interested in, Aprilia is now accepting pre-orders at a dedicated website.  With a deposit of $2000, you can pre-order your machine now and get a $250 accessory credit or a free pass to Aprilia Racers Days.