There are teases and then there are teases.  Apparently, Aprilia has taken the tease to a whole new level.  While the Noale manufacturer rolled out its long-awaited RS 660 to much fanfare at EICMA, another new potential model didn’t make as much noise.  A new Aprilia Tuareg may be in the works and it looks like providing a tiny glimpse of the machine may have been just what Aprilia had in mind.

Hidden in a plastic box

While the oohs and ahhs escaped from the lips Aprilia fans admiring the new RS 660 and its new parallel-twin engine, another Aprilia machine went largely unnoticed.  That’s because the machine was situated inside a plexiglass box and purposely covered with fake plastic plants.  And, it looks like the bike may be a resurrection of Aprilia’s adventure/rally machine, the Tuareg.

Very small parts of the machine were visible through the camouflage but several pictures have emerged that show interesting tidbits of the hidden bike.   It looks to be a middleweight adventure machine.

Labeling on the enclosed bike does reveal the name Tuareg 660.  If that’s the case, the engine inside the mystery bike could contain some derivative of the engine found on the newly released RS 660 that produces a claimed 100 HP. 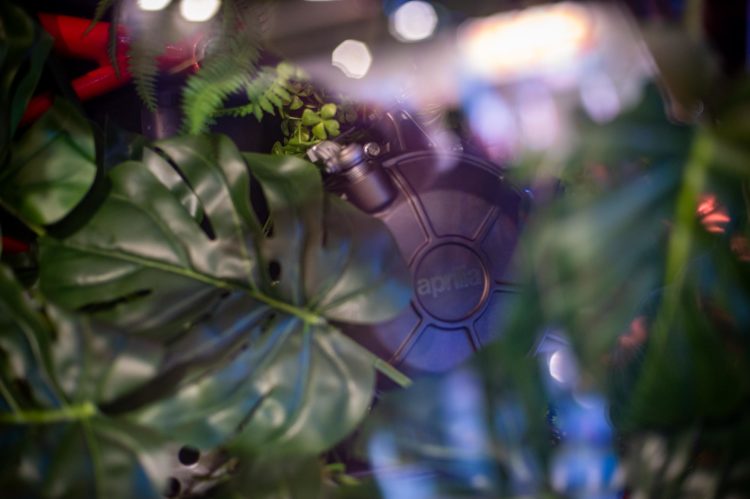 Could this be the same engine found on Aprilia’s new RS 660?

Other photos reveal things like a trellis frame, cross spoked wheels with likely tubeless knobby tires, dual discs up front and a single disc at the rear. 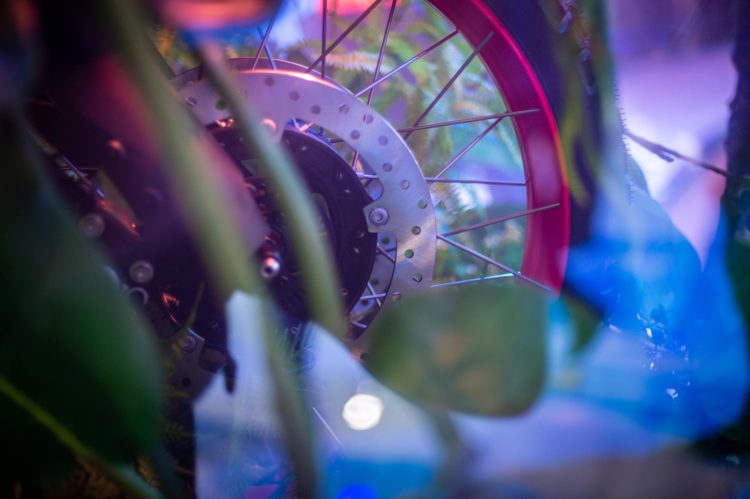 A knobby cross spoked wheel and dual front discs peek out from the foliage. 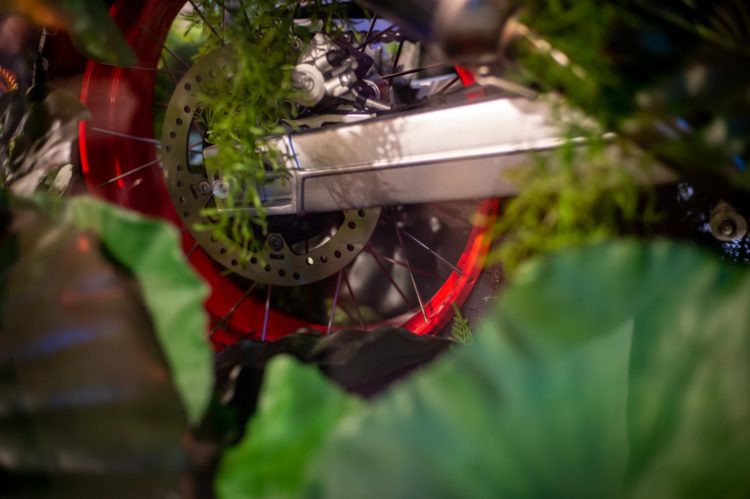 A knobby cross spoked rear wheel with a single disc can be seen.

The rumors of Aprilia’s entry into the adventure bike category have been around for a while.  At the 2018 EICMA, Aprilia teased with a sign that said “Coming Soon T”.  The “T” showed a couple of palm trees in a desert-like setting so perhaps this was Aprilia’s first indication that the Tuareg was coming. 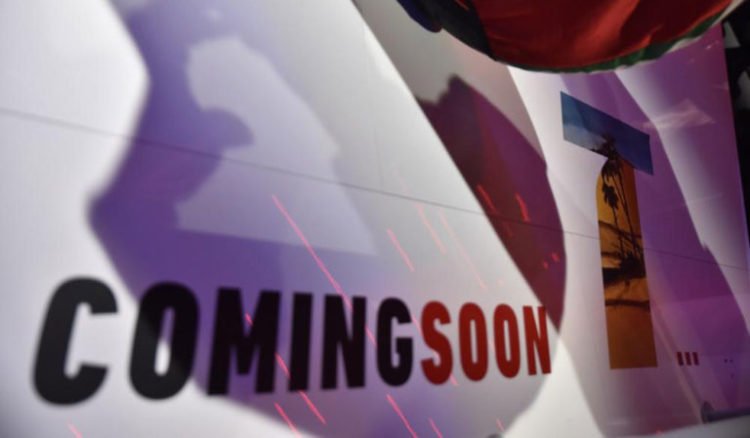 If it is, this is the first in the flesh indication of Aprilia’s plans.  While we don’t know for sure whether the bike will come to market or what it looks like, well known Italian artist Oberdan Bezzi has released a sketch of what he thinks an Aprilia 900 Tuareg could look like. 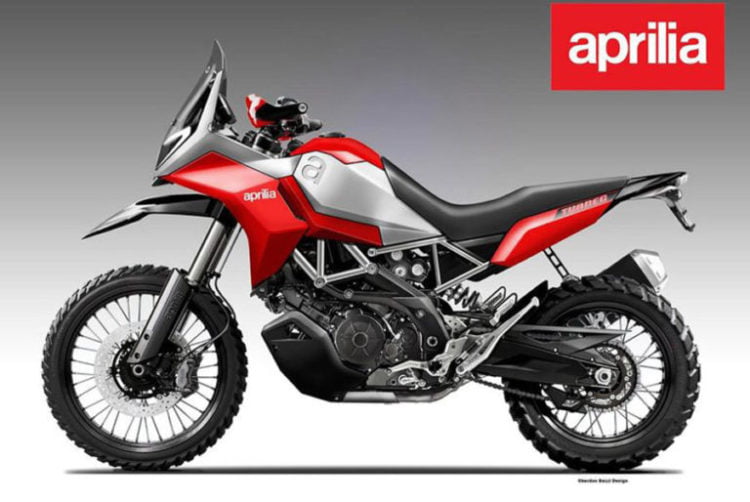 Oberdan Bezzi’s thoughts on what a Tuareg 900 could look like. Image credit: Oberdan Bezzi

We’ll have to wait a while before we know for sure, but if the new Tuareg does make it to production, it’s a clear indication that the manufacturers are taking middleweight adventure bikes seriously.