Earlier this year Italian motorcycle manufacturer Aprilia announced a very limited edition track only superbike.  For € 39,900 you can buy a bike with the specs of a MotoGP machine of the not so distant past.  Aprilia calls the new machine the RSV4 X and will only produce 10 of the exclusive machines 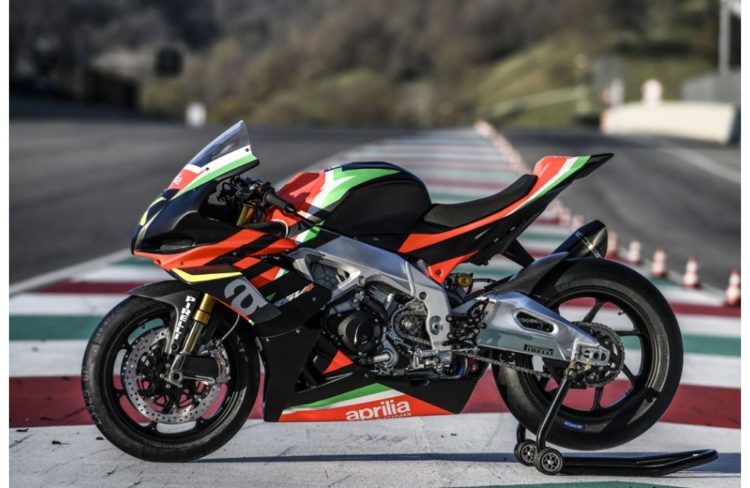 Aprilia claims the bike produces 225 HP and weighs a claimed 165 KG (363 lbs) dry.   As stated earlier, those are numbers reminiscent of the MotoGP machines of the not so distant past.

The RSV4 X is based upon the RSV4 Factory model.  To produce the RSV4 X, Aprilia lightened the RSV4 with the additional use of lightweight components.  The fairing is carbon, and Aprilia manufactured a lighter fuel tank while keeping the same form of the RSV4 Factory. 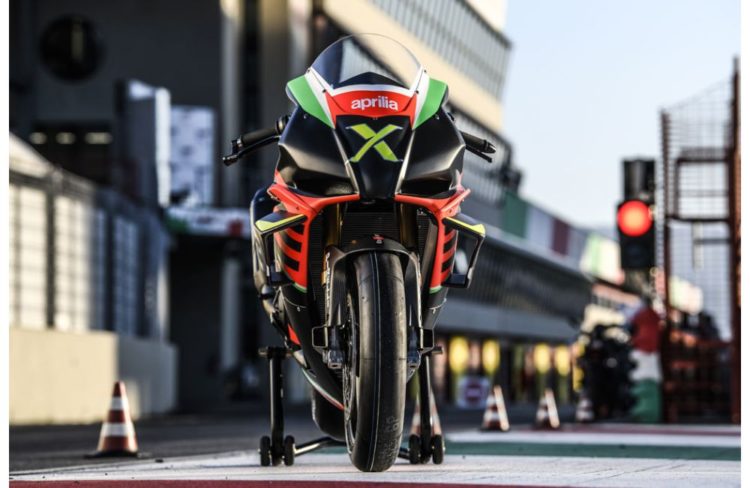 Billet aluminum has been used widely for items such as the clutch lever, the front brake lever guard, the engine sump guards, adjustable foot pegs and the upper steering plate.  Ultimately, weight was reduced from the RSV4 Factory’s dry weight of 397 pounds to a claimed 363 pounds. 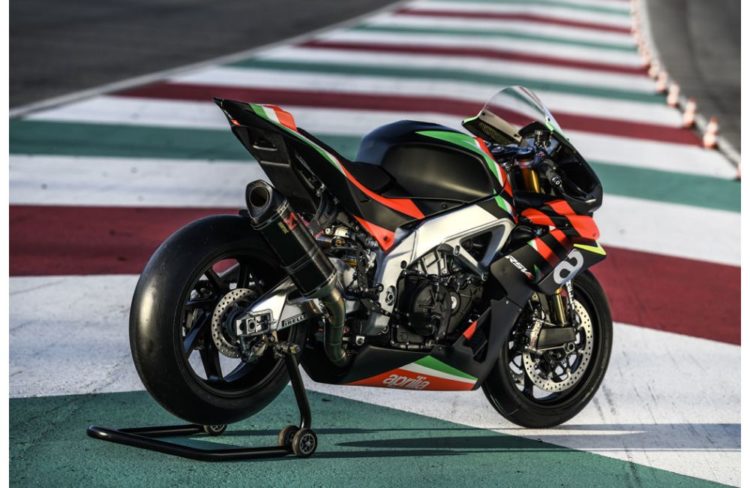 An Akrapovic exhaust and titanium manifolds help reduce weight.  On the upstream side of the intake is a new “Sprintfilter” air filter.  Aprilia says that these two additions are one of the reasons the RSV X provides a 7 HP increase over the RSV Factory. 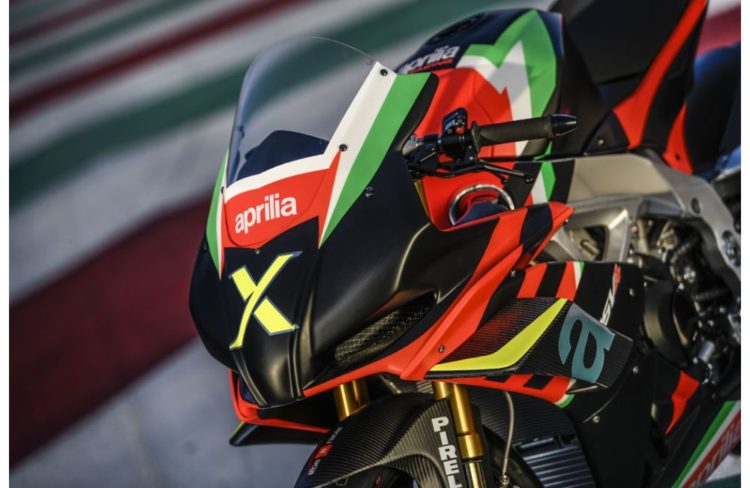 The RSV4 X has some exclusive features not found other RSV4s or any production machine for that matter.

For example, the RSV4 X boasts what Aprilia calls an “ANN” gearbox which stands for “Aprilia No Neutral”.  The ANN gearbox places neutral at the very bottom of the shift pattern.  Aprilia says that gearbox, “…speeds up shifting from first to second and prevents any up-shifting errors.”

The company announced at the end of August that they were nearing completing of the production run. They may still have e still available. If you have a cool € 39,900 get in touch with them here. If you are successful in purchasing a RSV4 X, Aprilia will throw in a free tour of the Noale racing department.