The bike was also supposed to incorporate bleeding-edge bell and whistles.  A helmet with an integrated heads up display and an armored jacket providing haptic feedback are part of the package.  To top things off, Arc claimed a range of over 360 miles and a recharge time of just 45 minutes. 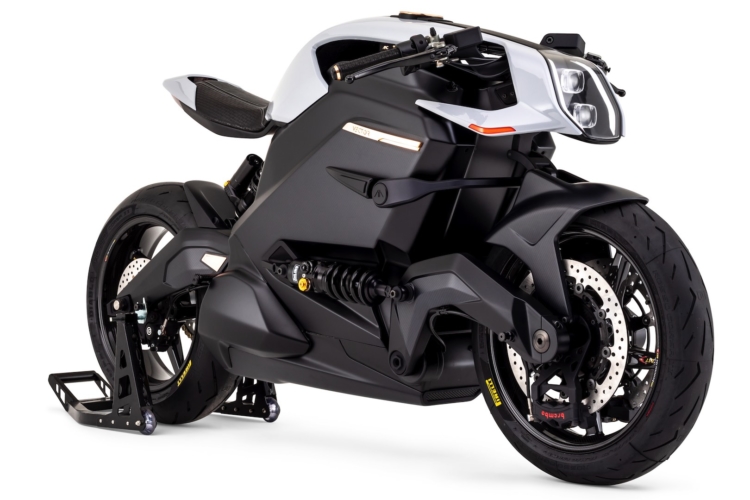 The Arc Vector may have shorted out.

But even with the bells and whistles, at that price could ARC reasonably expect to raise enough capital funding and sell enough pre-order machines to keep the fledgling company afloat?  Well, apparently, the answer to that question is no.

According to British outlet Motorcycle News (MCN), the company entered into “administration” on September 4, 2019.  “Administration,” as it is called in the UK, is commonly known as bankruptcy in the US.    As of October 7th, the Arc website has no statements concerning the company’s status.

“The company has gone into administration because a couple of investors have let us down – they’ve promised us funds that have just never materialised.”

“There’s absolutely nothing wrong with what the team have done on the project.” In July Arc completed an equity crowd funding campaign on investment website Crowdcube, raising more than £950,000.

“The Crowdcube funding round was successful and we had more than 1000 investors pledging over £1 million, but we didn’t take the money in the end.  I didn’t want to take the money off ordinary people in the motorcycle community and find ourselves in the same boat in eight weeks.”

You have to give Truman credit for not immediately latching onto the crowdfunded investor money.  Some companies may have quickly grabbed onto the crowdfunding “life ring.”  Even though they knew that it was not sufficient to keep the company afloat.

Not quite yet dead

But the fact Arc has entered into administration does not necessarily mean that Arc is dead.  Truman went on to say:

“We have until October 10 to raise funds. We’re still here, still working and trying our best, but if we don’t manage to raise the money, then the administrators will begin the process of selling the business.

“We need an investor who is passionate about motorcycling and what we’re doing here.

So time is very rapidly running out for Arc.  If you think you’re the kind of investor that can help Arc out, contact Mark at [email protected]