The key difference is the word “motorcycle”.

Remember The Beach? Not the place where you first learned to mix rum and Coke in the respective bottles before sleeping the result off face down in the dunes. I mean The Beach, the Leonardo DiCaprio film which was set on a beach. Not just any beach, either, but Maya Bay on the island of Phi Phi Leh in southern Thailand. Released in 2000, the film led to an ever-growing avalanche of visitors to this tiny strip of sand.

By 2017, there were 3520 people visiting the beach on hundreds of boats every day. Coral reefs were crushed, animals were chased away and pollution scarred the land- and seascape. Full marks to the Thai government which shut the beach and established an exclusion line 300 metres away despite the moans of the tourism industry. Now the coral is regenerating, the sand is clean and black-tipped sharks are returning while boats bob out at sea and selfies at Maya Bay feature That Beach only in the distance. 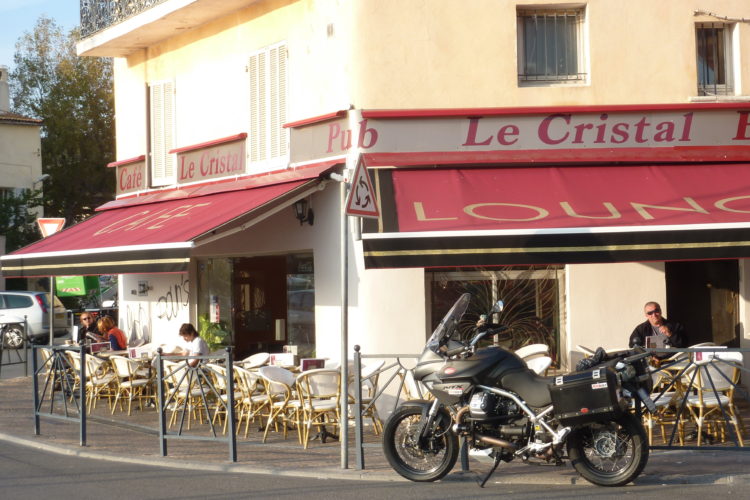 A quiet, out-of-season coffee in the sun on the Cote d’ Azure. No celebrities around.

It’s a shame that there isn’t something similar being done at other popular tourist spots, be it elsewhere in Asia, in Europe or in the rest of the world.

No, this is not a diatribe against tourists. I’m not smart enough to tell the difference between travellers and tourists like G. K. Chesterton who though that “The traveler sees what he sees, the tourist sees what he has come to see.” I can understand the argument, but doesn’t it just discourage you from doing a little research before you go? Usually, it’s better if I check out a place online or in a guide book before I get on the bike, or the plane and then on the bike. For one thing it tends to ensure that I don’t ride right past the best pub in the entire country. 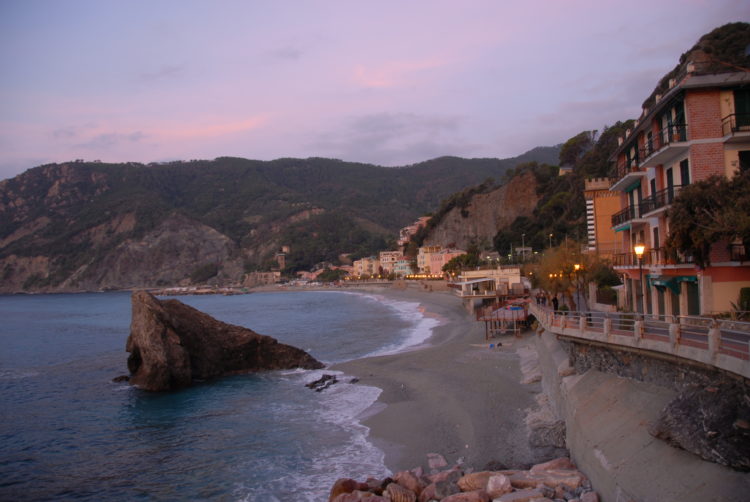 An ideal place to visit in the off season is the Cinque Terre in Italy. Wonderful roads, helpful cops on bikes.

One of the things I have started doing in recent years is parking the bike and taking a sightseeing bus when I arrive in a new city. Advantages include not having to deal with traffic on the bike in strange cities; not having to find a legal parking spot; and not worrying about theft. As well, this gives me a mental map of the city and an overview of the places worth returning to, on my bike. But – doesn’t that make me a tourist, if even for the duration of the bus ride? Frankly, my dear, I don’t give a damn.

I suspect that the main objection people who think of themselves as travellers have to people whom they think of as tourists is that there are so many of them. That’s something that I do agree with, although I would find myself just as annoyed by a crowd of travellers as one of tourists if they were blocking my view of the sunset or the Taj Mahal or both.

This is where motorcycles come in. They give you options that are not available to mass travellers. 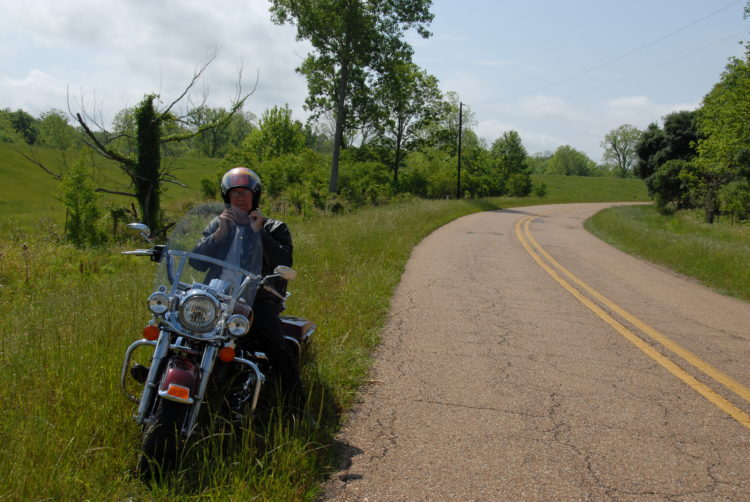 Looking for the location of the final scene in “Easy Rider”. Don’t ask the locals; they’re over it.

Once upon a time I would have said that the most important advantage a motorcycle provides is the opportunity to visit popular tourist destinations out of season. Unfortunately, there isn’t really any such thing anymore, although there are still times when the crush is a little less.

But bikes still allow you to do something in the big wide world that you already do at home as a matter of course, but that most tourist-type people find near-impossible: they allow you to time-shift. You are not stuck with limited access, established schedules and routes of tour operators, and above all just the time of the year.

It is worth remembering that out of season implies a cause; this may be the weather or, quite often, school holiday times. Best check this in advance. Rainy seasons are often quite predictable and worth paying attention to. Mind you, with the way the climate is changing in so many places, you’re probably on your own with the seasons. Until recently I would have encouraged motorcyclists to visit my home town, Sydney, in summer. I’m not so sure now, not with the 40 degree plus days we’ve been having. 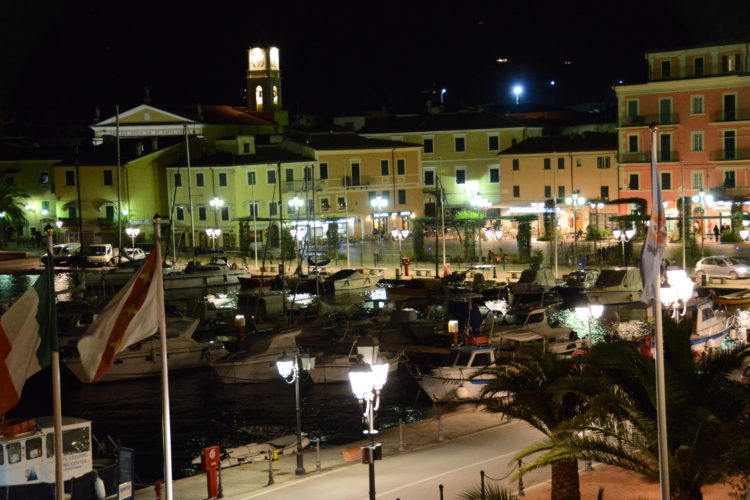 Rovinj, in Istria. In the season you couldn’t move here; in late autumn you can park on the footpath.

Riding a motorcycle, you can go pretty much where you like (up one-way streets the wrong way in Rome, for instance) and along mountain tracks or down to tiny beaches that could never see tourist coaches. On a motorcycle you will find it easy to change travel plans, which means that you can pick up on suggestions by other travellers. Rumi, that bottomless fount of advice on travel, said ‘When you’re traveling, ask the traveler for advice, not someone whose lameness keeps him in one place.’ Cruel but fair.

When you’re on a bike you can also ask locals for advice. That can lead to near-disasters – yes, I have personal experience here, filed under ‘don’t ask directions in rural India’ – but it can also lead you to the most wonderful and surprising places. If you’re on an organised motorcycle tour (does that make you a pro tem tourist?) you can expect your guide to know those places.

Tourist or traveller? Who cares? It’s the motorcycle that makes the difference.