If you like highly polished, powerful cruiser bikes, you will soon have a new choice.  Ariel plans to officially unveil the newest motorcycle of its ACE lineup at Motorcycle Live in Birmingham, England on November 16, 2019.

The Iron Horse arrives with a CNC polished aluminum frame with an exclusive polished girder front suspension and single-sided swingarm.  To keep both wheels firmly on the ground, the girder front features an Öhlins TTX damper.  It adjusts for compression, rebound, and spring preload.  At the rear, Öhlins components the same adjustments as the front. 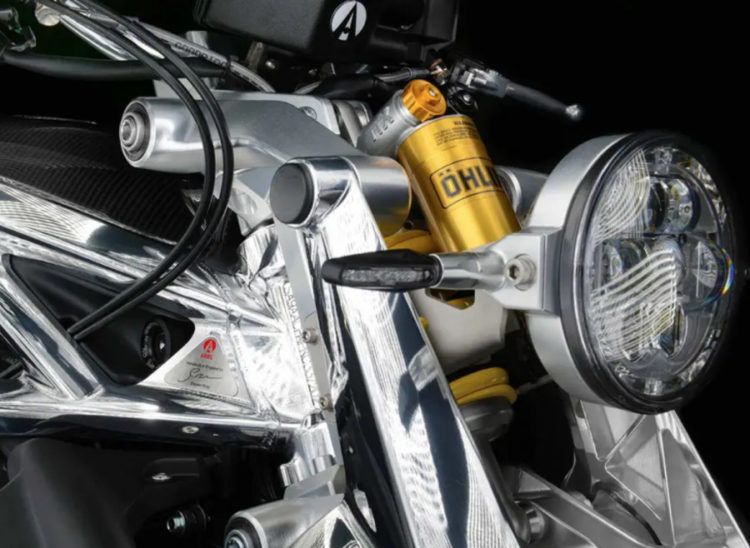 Ohlins suspension components reside at both ends of the Iron Horse. 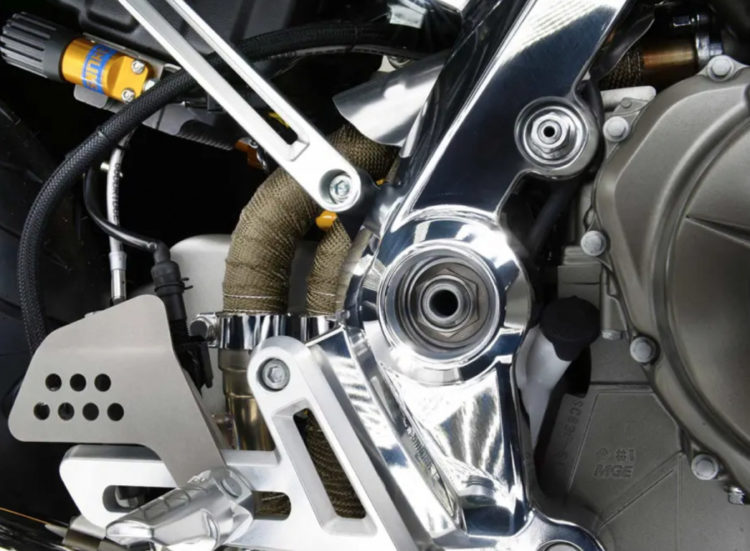 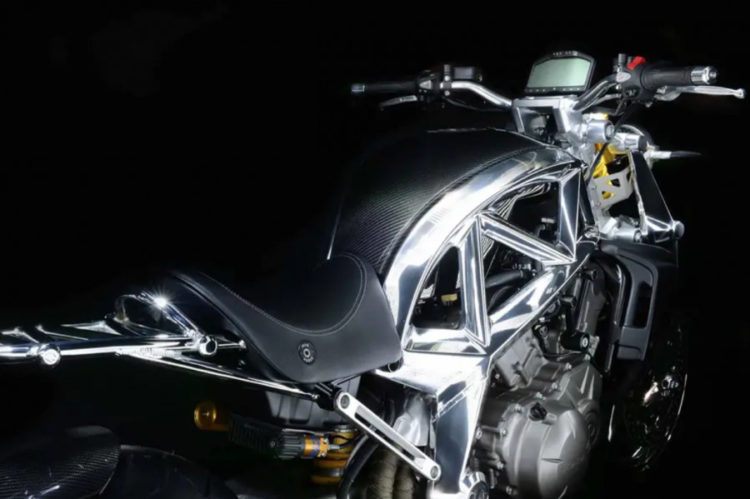 You can see the carbon fiber at the top of the tank.

Carbon fiber makes up the remainder of most of the parts.  Both the bodywork and fuel tank are made of the stuff.  In keeping with the carbon fiber weave theme, even the seat is hand-trimmed to ensure a matching directional weave that matches the directional weave of the tank. 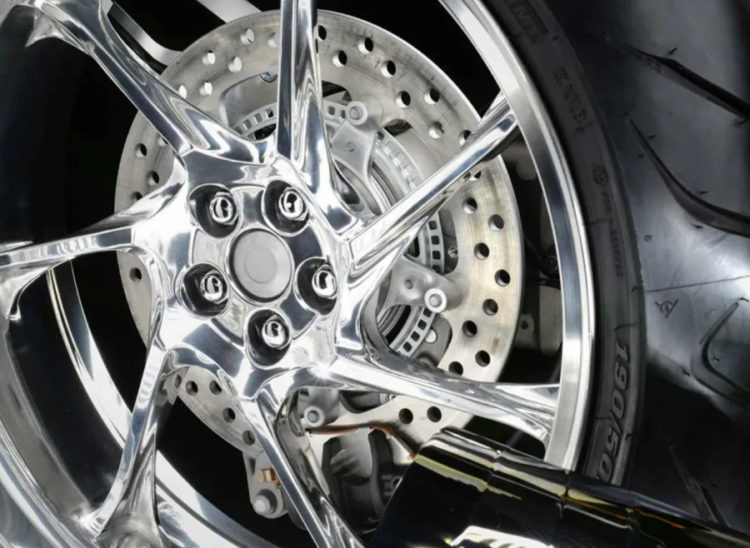