On July 12, 2020, André Sousa began his 60,000 km journey around the world on a motorcycle. While not an easy feat under normal circumstances, Sousa’s trip is made more unique (and potentially World Record breaking) by his choice of mount: the diminutive Honda Monkey. The Portuguese rider plans to visit 50 countries over the span of two years in his quest to set the World Record as the first person to circumvent the globe on a minibike.

If anyone has the experience to set such a record, it is Sousa, who already owns the World Record for the fastest trip around South America on a 125cc bike. The 24-year-old hails from Oliveira de Azeméis, Portugal, and had success in his younger years racing 125cc and 600cc motorcycles, until a wrist injury sidelined his career. The recent Business Management graduate got the long-distance riding bug in 2016 while on an exchange program in Slovakia, where he visited nine Balkan countries in one month, using a couchsurfing network for support. 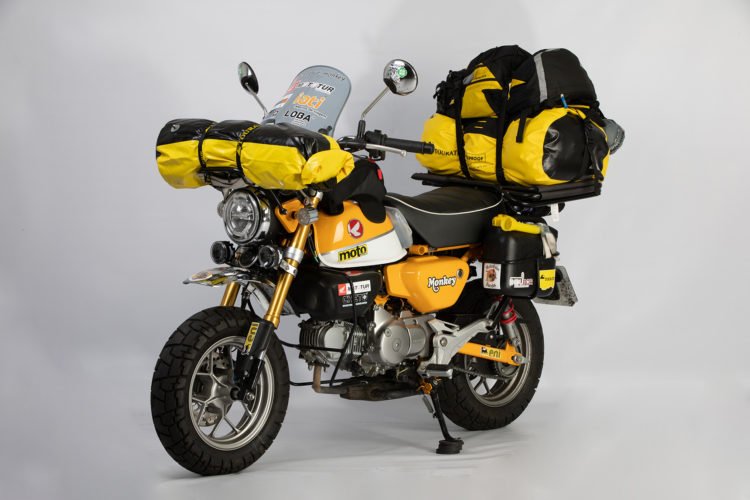 Sousa’s Honda Monkey has been modified for the trip, with packs, racks, lights, and an upgraded exhaust system. The stock five litre fuel tank is supplemented by an extra five litre tank added to each side of the bike. The 125cc engine should just barely be able to propel the rider and gear to 60 km/h, and Sousa expects frequent stops to stretch his back riding on such a small motorcycle.

André’s basic budget for the trip was 60,000 euros, and he hopes to find support of accommodations and food wherever he can. The trip has the formal support of the Portuguese Motorcycle Federation (FMP). To follow André Sousa’s journey, visit ridethatmonkey.com.

Pol Tarres vs. the Yamaha Tenere 700

Updated Honda CBR600RR is coming soon (but not to the US)