There are a lot of options when it comes to cruise controls/ throttle locks.

Sure there is the electric version that comes from the factory and behaves as it does in your car. You set it and the motorcycle, most likely throttle by wire, will keep your speed steady until you hit your brakes or turn it off.

Then there are the various throttle locks, that hold your throttle in a set position usually by the resistance of some sort, maybe your hand weight or resting against the front brake lever.

They control your speed by friction by holding your throttle in the same position, but obviously your bike speed will reduce when you go up an incline unless you adjust it. The other problem with this type is they either don’t work seamlessly, or get in the way when you aren’t using them.

Atlas has looked at the throttle lock in a different way by using friction and also allowing your throttle to be used even while it is ‘locked’. 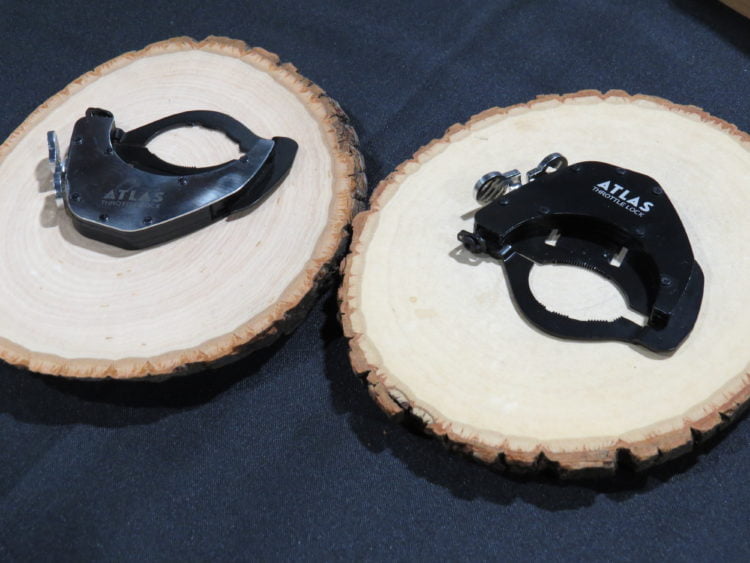 If you get the opportunity to come and try it here, do so, or meet them at a show, and they do a lot of shows take the time out to listen to David talk about his product and why it has a patent and how its different than a $10-30 piece of plastic. 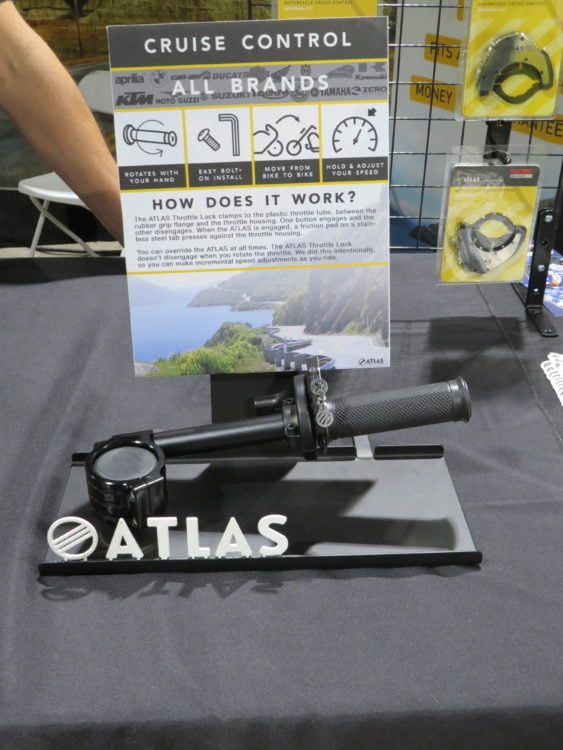