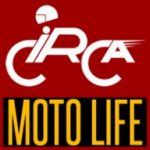 This guest post was kindly contributed by Peyman Shahmirzadi who originally published this article at Circa Moto Life.

Riding a R1200GS Adventure means having a great off-road capable touring bike. As with all adventure motorcycles, tires always become a point of discussion and the choice one makes can drastically change the bike’s handling both on and off the road.

Adventure motorcycle tires are typically categorized by their on-road vs off-road capability in terms of percentages. The Avon TrekRider Adventure tires are marketed as 50/50 tires. Hence, they are designed for the rider that expects to ride 50% of time on pavement and 50% of the time off-road. As a comparison, the Michelin Anakee 3 tires that are commonly used on the R1200GS and the R1200GS Adventure are more like 90/10 tires. 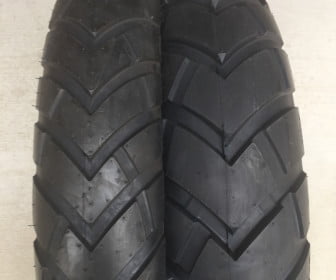 The TrekRiders have a chevron thread pattern with good amount of gap in between the blocks. This design helps with the off-road performance by pushing the dirt and gravel away for gaining traction. Also, the chevron pattern continues to the edge of the tire providing good grip for fun in the canyons when street riding. 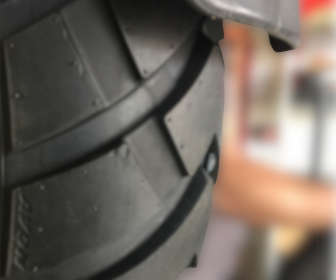 When I first started riding on the TrekRider tires, It felt like the front end seemed to vibrate at freeway speeds. It was a bit strange as it didn’t vibrate every time I was on the freeway so it may have been due to the road surface but after about 500 miles or so the vibrations went away completely.

These tires are not as loud as knobby tires but as they started to wear down, I could hear them even with ear plugs on. When new and during most of the miles, they were well mannered and never bothered me. Granted I always wear hearing protection.

The TrekRiders lasted for 5500 miles for me, with only about 200 miles of off-road riding. Hindsight, I should have used a more street oriented tire. 5500 miles is not bad and surprisingly the rear tire probably had about 1000 miles or so of life left on it. However, the front tire was done. This was quite strange as typically the rear tires goes out much faster then the front but that wasn’t the case here. 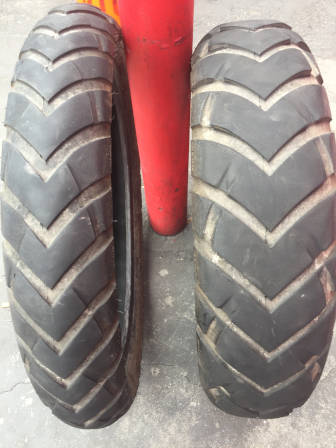 I loved the Avon TrekRider for street riding in the mountains. I was able have many spirited rides and the TrekRiders were always planted and very predictable. They also felt ok on the freeway although I did have the vibration issue in the beginning. Unfortunately I only saw rain once while I had these tires and they performed great on wet roads during that one ride. I was able to ride with full confidence in the canyons without any worry of traction loss even with the wet roads.

The TrekRiders performed great on gravel and rocky terrain. The chevron tire pattern did a good job in providing the needed grip. Where the tires fell short was in deep sand. The front tire felt like it was on ice and there was some lateral movement with the wheel sliding. That said, I should note that I had not aired down the tire when going through the deep sand. As a group we decided to turn around from that trail so I opted not to air down. I would assume the tires would have performed much better with less pressure. I didn’t get a chance to try out the tires in mud at all as it seemed every trail we rode was as dry as it could be.

I give the Avon TrekRider tires high marks for their performance and predictability when riding in the canyons. They pretty much feel like street tires when pushing the bikes through the corners. They also perform well on gravel and rocky trails but not so much in deep sand. I was somewhat disappointed as to how much faster the front worn down vs. the rear. However, 5500 miles isn’t bad for a tire that is meant to be used 50% of the time off-road.

Have you used the Avon TrekRider tires on your adventure motorcycle? If so, let us know what you thought of them in the comment section.