If you’ve ever wondered who the heck ADVRider’s Baldy is, you now have a chance to find out.  Chris MacAskill, aka Baldy, founder of the ADVRider forum has made it to the big time.  Baldy has given an interview to Jim Martin on the Adventure Rider Radio podcast.

Well actually, Baldy made it to the big time long ago, but getting there took some doing.  Baldy’s story is an amazing one.  He didn’t start life as a pampered kid from Silicon Valley. 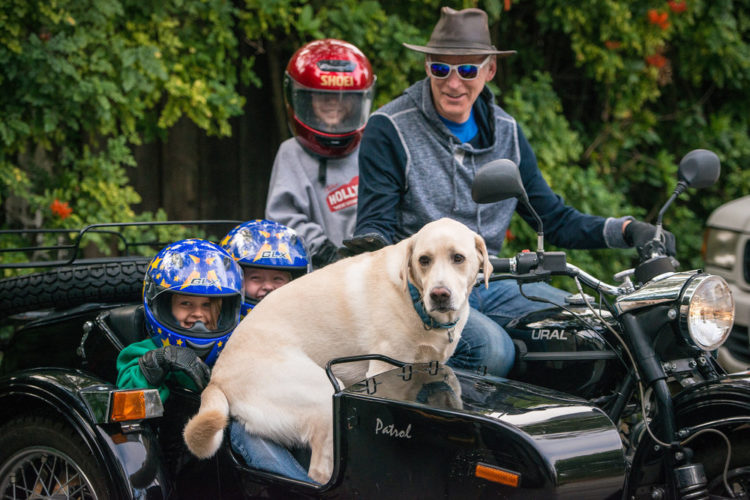 Baldy with his granddaughters and pet. Photo credit: Chris MacAskill

No, quite to the contrary Baldy’s early life was quite difficult.  At one point, he and his mother were living on the streets of Oakland, California.

But Baldy’s spirit didn’t give up.  His life’s journey has taken him through several stages.  Homeless for years as a child, Baldy was able to obtain two degrees in Geophysics, become the CEO of more than one multi-million dollar corporation and sit on the boards of several others.

Through hard work and a thoughtful approach to life, Baldy was able to craft a career that he enjoys.  The best part?  His work brings people from all over the world together and gets them to talk.

Baldy’s life journey has certainly been a whirlwind.  Along the way, he’s worked with folks like Steve Jobs and Jeff Bezos.  Tune in to Adventure Rider Radio to hear Baldy’s full story and the birth of Adventure Rider.