Although I’m by no means a bike guru, every once in a while, people send me messages on social media asking about bikes – specifically, beginner motorcycles. Maybe it’s because I’m perceived as less intimidating than the older, more experienced riders out there, or maybe it’s just pure chance. What I’m noticing, however, is that when people try to figure out which beginner bike would work best for them, they’ve no idea where to even begin. A guy recently asked me whether he should choose between a supermoto, a BMW 1200 GS, or a Yamaha Fazer as his first bike, which told me he had no idea what he wanted or what was the difference between these three motorcycles.

I feel for him, though, because I was in the exact same boat just seven years ago. After buying my 150cc Chinese motorcycle in Peru and riding it across South America, I felt completely confused about bikes. On the one hand, I loved my little Zongshen because, at the time, it didn’t seem so little to me: I was completely new to riding, and the bike successfully took me to Tierra del Fuego and back, so I didn’t quite understand why people either gawked, pitied, or laughed at my wonderful blue machine. 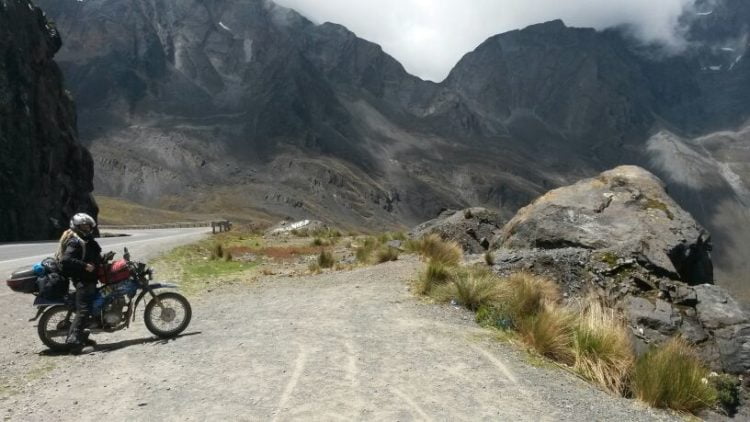 At the same time, I kept meeting other travelers on the road, and they were either Germans aboard Touratech-kitted GS 1200’s or Americans on beat up but mean-looking KLR’s; both of these bike models seemed absolutely magnificent to me, but when I finally started googling bikes and getting on bike forums, I couldn’t really tell the difference between a GSA and a Honda Goldwing. When I got back to Europe, I already knew I wanted a Big Bike that would be suitable for long-distance travel and some off-road riding but, having no clue and no motorcycle people I knew who could help me, I ended up with a second-hand Yamaha XJ900 monstrosity. 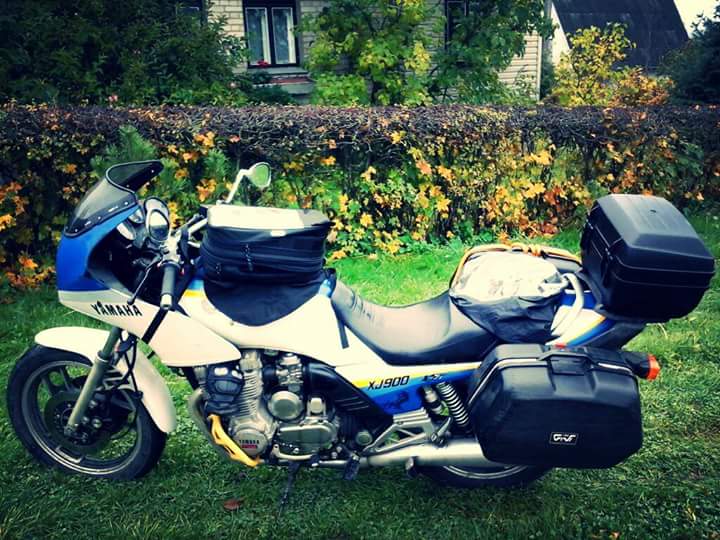 Why It’s OK Not to Find the Perfect First Bike

That’s a natural thing, though, and it’s the same across the entire board, not just motorcycles. When you start getting into anything new, you start with the generic, and as you gradually progress and get more experience, end up with the specific. When I went for skydiving school, I was first kicked out of an airplane with a clumsy, old, round parachute that was unsteerable and more or less just floated down with me dangling pretty uselessly off it. When I went for my skydiving license, I was issued a much smaller ram-air parachute; had I continued skydiving, I would likely have gone for smaller, faster, more agile parachutes along the way.

The same applies to surfboards, skateboards, boats, and so on: whatever new sport or activity you take up, as a noob, you’ll first go for the most generic, safest, and noob-friendly equipment out there. Then, as you progress and figure out what you love most, you’ll zoom in and start getting stuff that’s more specifically tailored to what you want to do and requires more skill to do it.

The thing is, however, that things like bicycles or surfboards are much more common, more accessible, often cheaper, and easier to try out before you seriously commit. If your $100 skateboard sucks, no big deal; but a motorcycle, even a used one, will likely cost more than $1,000 and few people can shop for a new bike every few months. If you’re dying to try a couple of different snowboards, you’re likely to easily borrow them from friends or rent cheaply; finding people willing to lend you their motorcycles, on the other hand? If, like me, your family and friends have nothing to do with bikes, if you don’t know anybody who owns a motorcycle, but you badly want to give motorcycling a go, what’s the best option?

The Bear has discussed the various ways we can get more people into motorcycling already, as has Mike, but looking back to the recent question I got on Instagram (“Supermoto, GS 1200, or a Fazer?”) and remembering my own confusion about the differences between the old Africa Twin model and a Yamaha TDM850, I’m beginning to think we need two things: friendly motorcycle events aimed at non-motorcycle people, and a simple, easy to follow guide of what to look for in your first bike. 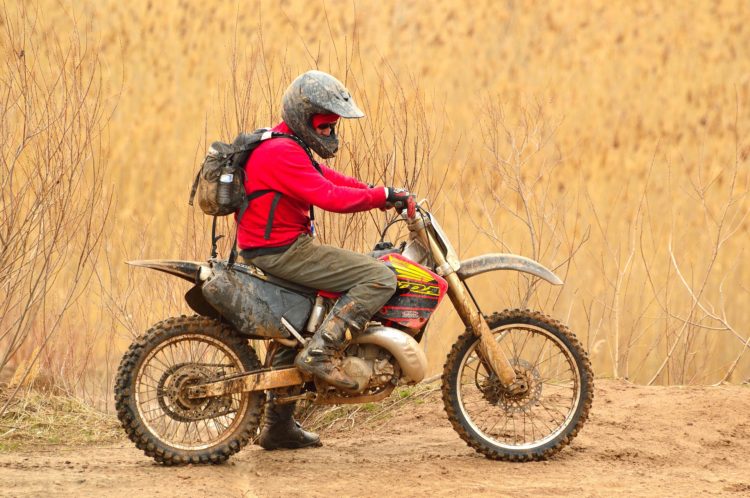 Although a lot of bike shows and events advertise as being beginner-friendly or encourage you to bring your non-moto friends, they are, understandably so, aimed at people who already ride. What if we had friendly moto-themed fiestas that were truly open to the public?

In 2016, I briefly worked at a Honda dealership in the English Midlands; while the job itself was mind-numbingly boring and mostly involved filling out finance forms, there was one event I still remember fondly: an open-air festival in town where, in addition to various concerts, food stalls, open-air markets, and street performers, an entire town square was dedicated to motorcycles. Dealers showed up with a bunch of bikes people could freely sit on and take selfies; reps were there handing out Ducati-red candy and Honda-logoed keyrings and telling anyone who was curious all about different bike makes and models, letting kids sit on sports bikes, and chatting to their parents about the fuel economy of scooters. There were wheelie simulators, police bikes, charity runs, and in general, the whole atmosphere was inclusive, fun, and relaxed; people who came to talk to us about motorcycles ranged from old vets sharing their road trip stories to folks who were simply curious about motorcycles, but were never exposed to them in such a way. I don’t know if the event caused any significant spike in bikes sales or new motorcycle licenses, but it seems likely that had it become a regular thing and the general public was invited to hang out, try out bikes in a friendly environment, and learn more about riding, it could have been a success., especially if there were any continuous rider training programs offered.

As for first-bike guides, I know there already are plenty of them out there, but instead of focusing on the CC’s, the specs, and the manufacturers = for someone who has never been exposed to motorcycling, all of it makes little sense, anyway – why not look at it from a different angle? When I was looking for my first Big Bike after my Chinese motorcycle adventures in South America, here is what I wish someone had told me:

What’s your take on beginner motorcycles, and how can we convert more souls ourselves?