Bell Helmets has a history of building quality, revolutionary equipment. Back in the 1950s and 1960s, everyone from land speed racers to motocrossers to professional hoons like Evel Knievel wore Roy Richter’s helmets. The Bell Star, released in 1963, is often called the first full-face moto helmet, and Bell is also credited with developing the first full-face offroad helmet.

Now, Bell’s innovating again—it’s one of the first motorcycle helmet manufacturers to introduce MIPS technology. At this point, it’s the only company making an adventure helmet with MIPS.

I’ve had great experiences with Bell before; a Moto3 retro scrambler helmet saved my brains, big-time, when I banged my head off the pavement in a 50 mph crash a few years back. I was curious about the MX-9, and curious about MIPS, so for 2020, I asked for a test unit. 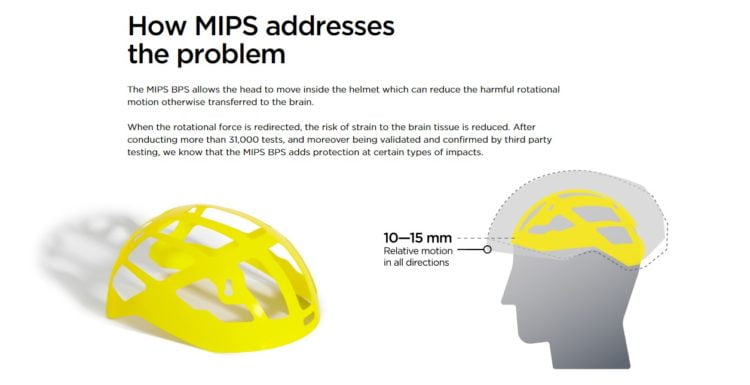 You can learn a lot more about MIPS at its website, and Asphalt & Rubber did an in-depth write-up on the technology a few months back, too. 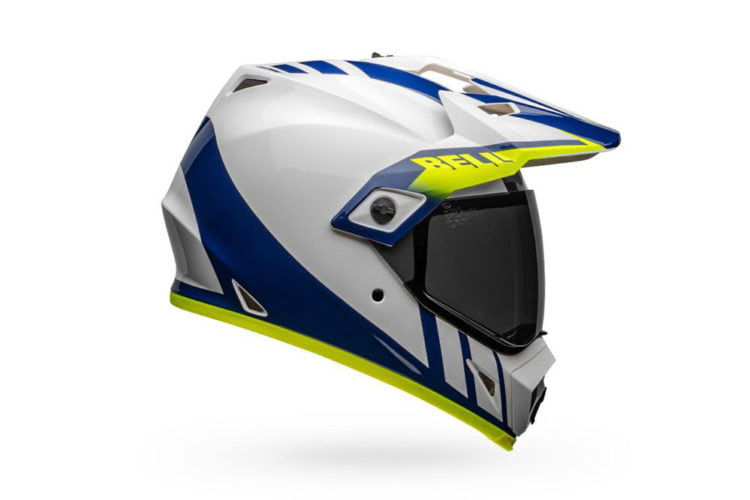 Along with MIPS certification, the Bell MX-9 also comes with ECE 22.05 certification. It also meets the FMVSS No. 218 DOT standard.

How Is MIPS Integrated Into The Helmet?

The MIPS protection is built into the MX-9 Adventure the same way it’s built into Bell’s bicycle helmets. Basically, there’s a movable plastic liner in between the helmet’s EPS inner shell and the cushy foam parts that rest directly against your head. The idea is, this helps protect your brain from being jostled by rotational forces. It’s a simple arrangement, not like an auto-inflating airbag or the other expensive high-tech stuff that’s taking over the moto-safety scene these days. And, it doesn’t add a lot of extra price. As per Chris Killen, Bell’s chief marketeer, “We brought the MIPS pricepoint down in most categories because we want to offer added rotational protection. The reason for this is that CTE/Concussions/TBI cases are only on the rise, and we don’t want people to miss out on added protection based on finances.” In other words, Bell is making added safety more affordable. Pricing for the Bell MX-9 Adventure MIPS starts at $219.95. 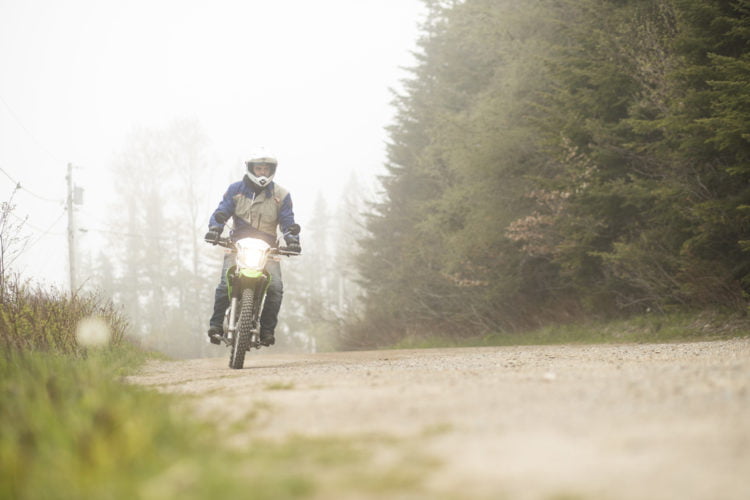 I mostly used the MX-9 for gravel road excursions, and found it worked well there. It vents well, but I’d want something lighter and more open for single-track.

The Bell MX-9 Adventure has polycarbonate ABS shell (three shell sizes available, for a more lightweight fit). The polycarbonate is heavier than fibreglass or other, more exotic materials—and also less expensive. There’s a removable/washable interior liner, as you’d expect. Airflow comes from two vents on top of the helmet, two on the side of the chinbar, and one on the front. Only the front chinbar vent has an open/close function; the others are always open.

There’s an ADV-style peak on top of the helmet, secured by a screw on top and two at the sides. You can easily remove this peak for cleaning; you could also take it off for extended highway riding, if you were tired of the added drag. The shield is also easily removable for cleaning, or if you want to only wear goggles. It’s got Nutrafog II anti-fog protection, as well as an anti-scratch coating and UV protection. Bell just announced its new Protint photochromatic shield for the MX-9 Adventure, too. This shield will change from a dark tint to clear as your surroundings darken; it will cut glare mid-day, but it’s also perfectly usable at night. More details here.

The helmet closes with an old-school double D-ring arrangement. Along with MIPS certification, the Bell MX-9 also comes with ECE 22.05 certification. It also meets the FMVSS No. 218 DOT standard. 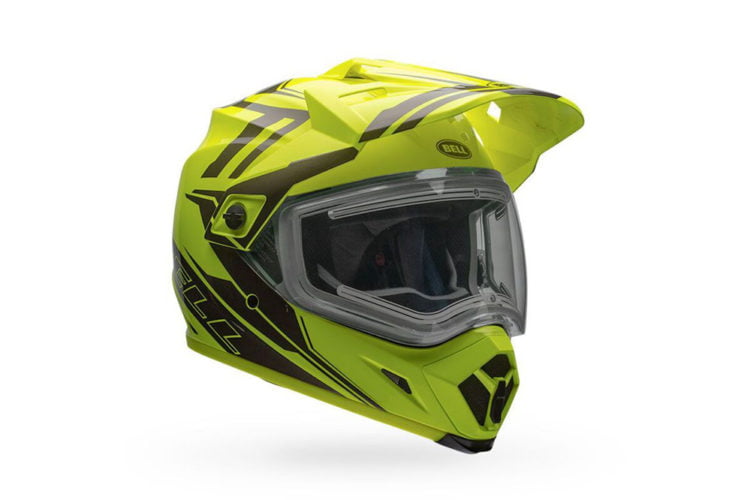 Also available with a dual-pane shield, as you can see here. I had no issues with the stock shield fogging up, but this is an option if that’s a problem.

So How Does It Work As An ADV Helmet?

I typically wear a medium helmet, and found the medium MX-9 Adventure fit me quite well. On the road and trails, I didn’t notice it being there, which I’d say is the mark of a comfortable helmet. This isn’t the opulent luxury of a Schuberth, but there’s nothing digging away at you, or otherwise causing discomfort.

However, the MX-9 does feel a bit different, due to its MIPS liner. Same as my Bell bicycle helmet, there’s a bit of a wiggly feel to the liner that isn’t there with other brands. This isn’t unsafe, it seems to be part of the MIPS design, but I do notice it while riding.

I was somewhat skeptical about the shield’s Nutrafog II coating, but between the venting and the coating, I wasn’t able to fog it up all. As time goes by, this might change if the coating wears off, but Bell also offers a dual-pane shield for this helmet. There’s no Pinlock option, but you shouldn’t need it.

The MX-9 has excellent venting, but I think you’d overheat in it if you were doing serious single-track (I used this helmet for lots of gravel road work, not tight roads riding). That’s not what ADV helmets are primarily aimed at, though, so not a big deal. I did find it flowed air well everywhere else, and the built-in air filter in the chin kept the worst of the dust at bay.

As for in-helmet noise: Any ADV helmet will be louder than a street helmet, thanks to the peak sticking out in front. At 80 km/h or less, it wasn’t bad, but it was very noticeable at highway speeds. It was no worse than any other ADV helmet I’ve had, though; you just need to remember to pack earplugs when you’re headed out.

Overall, I was very happy with the MX-9, and like my previous experience with Bell helmets, I think this is equipment I’d happily spend my own money on (Bell sent me this helmet for the review). The MX-9 may be made in China, but it appears to be made to last. As per Bell’s marketeer, “Our R&D team and engineers spend a good portion of the year at the factory. But, we also have folks who spend the entire year over there as well.” That makes for better quality control, and it’s evident in the final product. At its price point just over $200, you get MIPS technology, excellent venting, good fit-and-finish, a non-fogging visor, and what appears to be durable construction. That’s a pretty decent deal, in today’s ADV helmet lineup.