The scrambler motorcycle market is pretty hot right now, and Benelli wants a piece of the action.  They rolled out two new versions of its Leoncino model at EICMA.  But this time, the machines up the ante and displace 800 ccs. 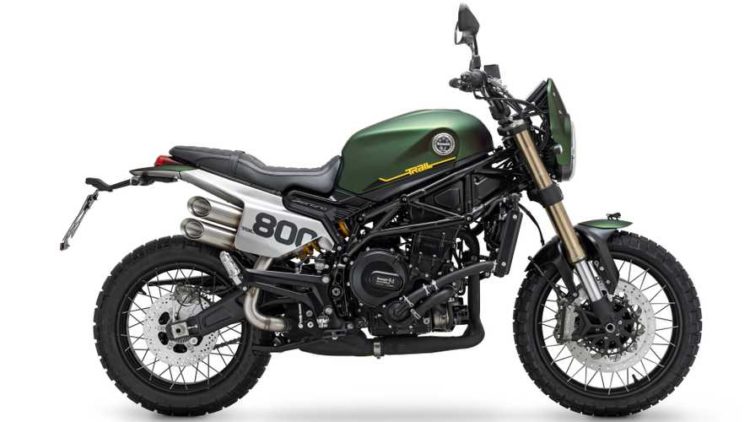 Benelli upped the ante’ on its Leoncino model bumping engine displacement to 800 cc from 500 cc.

The Leoncino is available in both street and trail versions.  Benelli’s 754 cc parallel-twin engine powers both bikes.  Benelli says that it produces around 82 HP at 9,000 RPM and about 50 ft.-lb of torque at 6,500 RPM. 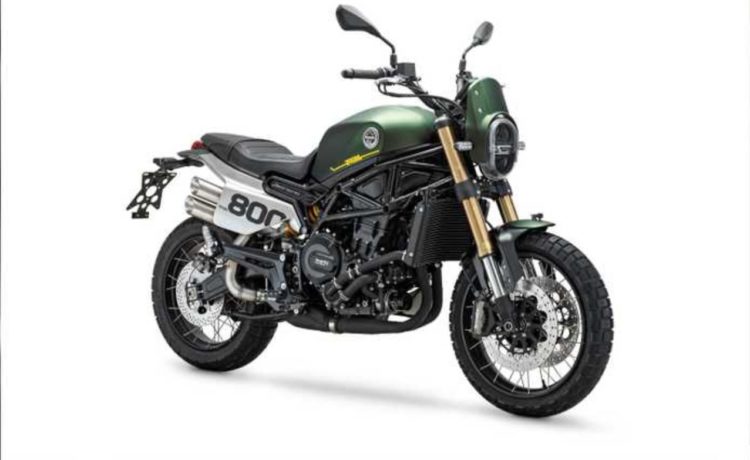 Brembo brakes are used both front and rear.  Up front, monoblock radial calipers grasp a pair of 320 discs.  At the back, the Leoncino uses a single two-piston caliper mated to a 260 disc.  Dual-channel ABS is standard on both models. 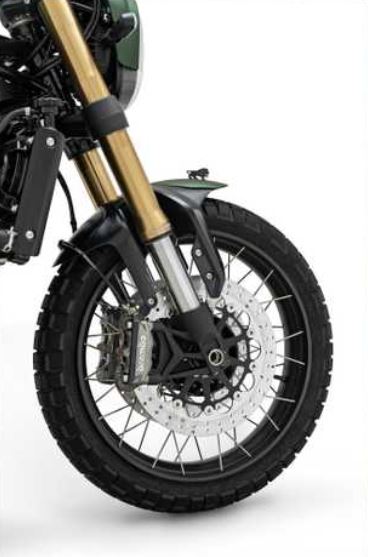 So we’ve talked about what’s the same, let’s talk about what’s different.  One of those differences is weight.  The street version of the Leocino weighs in at 220 KG (~485 pounds), meaning the street version weighs a little more than 4 KG (9 pounds) less than the trail version.   That means that the trail version tips the scales at 224 KG (494 pounds).  That’s quite a bit of weight. 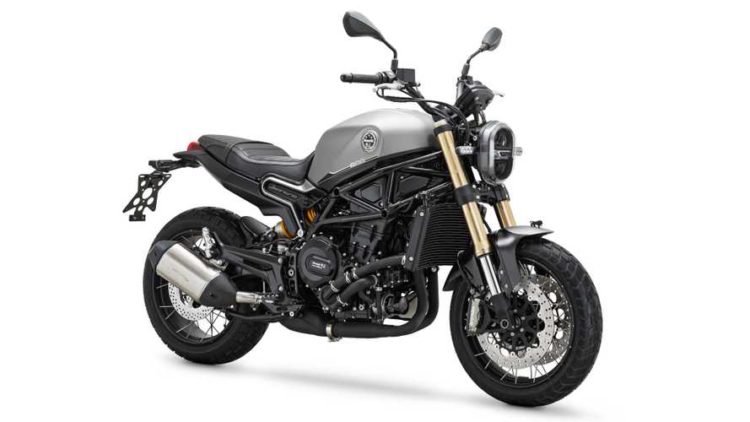 The street version of the Benelli Leoncino looks similar to the trail version.

By means of comparison, the Ducati Icon Dark weighs in at 189 KG (417 pounds) wet.  That makes the Ducati Icon about 68 pounds lighter than the Leoncino street version.  If we examine the Ducati Scrambler Desert Sled (the closest to the Benelli Trail version), it comes in at 209 KG wet (~460 pounds).  That makes the Sled about 34 pounds lighter than the Benelli.  Those differences are not insignificant.

If the Leoncino Trail has an advantage over the Ducati Scrambler, perhaps Benelli wins in the looks department?  But that undersling exhaust and oil filter may need to be addressed further; at least for the trail version.  That’s a subjective call, so what do you think?

Availability and pricing have not yet been announced.  But since Benelli does not intend to bring the Leoncino to the US (at least as far as we know), the question of how the bikes stack up price-wise is moot.