I thought I might update fellow inmates about the Australian bushfires. A bit of background first.

When Australians say ‘bush’ they mean open, parklike woodland with limited undergrowth. This kind of vegetation is almost ubiquitous in eastern and southern Australia, denser where there is a little more water and more open where it’s usually dry. Some of the west has real forests, down south, while northern and central Australia is more like everyone else’s idea of bush – low and well spread out plant life. Except for the rainforest of north Queensland the rest, mainly central Australia, is desert.

Tasmania is cooler and gets more rain so there are large stretches of forest, but they’re also called bush. Taz, the Tasmanian devil, lives here. He’s quite similar to his cartoon version on the Bugs Bunny Show, except he doesn’t spin around. His jaws are stronger than a doberman’s which accounts for the lack of human skeletal remains in the bush. Taz will not attack humans, unless you’re dumb enough to dispute a bit of roadkill with him.

Australia’s open woodland is not ‘natural’. The continent was much more densely wooded 60,000 years ago when Aboriginal people arrived. They shaped it into its present open form with fire, to make hunting and gathering easier. They also continued to burn parts of the land quite regularly to keep it open.

The burning had and has an important function. Many Australian plants, especially eucalyptus or ‘gum’ trees, need fire to crack open their seed pods. You’ll often see them with long strands of dry bark hanging from their crowns. This is not nature being untidy; it’s to lead fire up into the crown to crack the seed pods.

Unfortunately for today’s population, gum tree leaves give off highly volatile oils when heated, which partly accounts for the speed with which fires can spread once the crowns of the trees are burning. With the vegetation dried out by our long drought – more than six years without significant rain in some places – plants catch fire easily, and the lack of humidity means fires propagate much faster than usual. 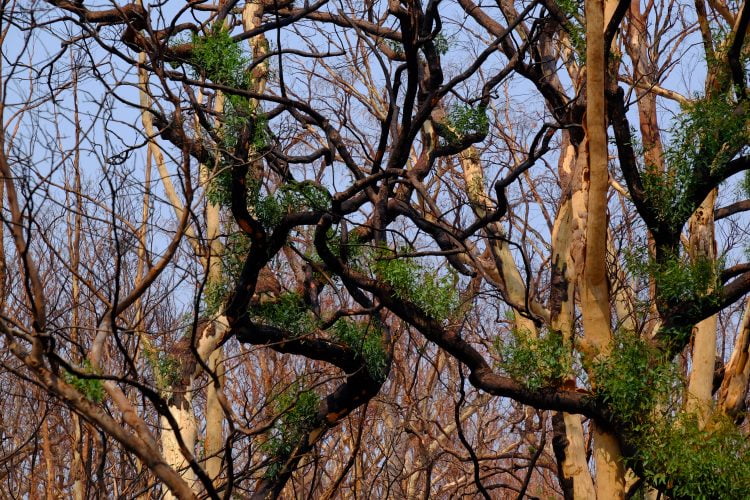 It only takes days for eucalypts to show the first new greenery after being burnt.

Fortunately, at least for the bush, it regenerates relatively quickly and begins to throw green shoots withing days of being burnt. That doesn’t help the animals or the people, of course. It’s estimated that a billion animals have died along with 34 human beings. More than  6500 buildings have been destroyed; those figures were correct as of the 23rd of January.

Contrary to some reports in the US, almost all of the fires were caused by dry lightning strikes, and only 24 people have been arrested for arson. They caused fewer than 1% of the fires. Some other fires were caused by human stupidity, like flicking cigarette butts into dry vegetation, but most of those were near habitations and put out quickly. The major fires are just that because they began far from settlements and had time to become established. Firefighters don’t usually try to put these fires out – because it’s pretty much impossible – but concentrate on saving lives and property. 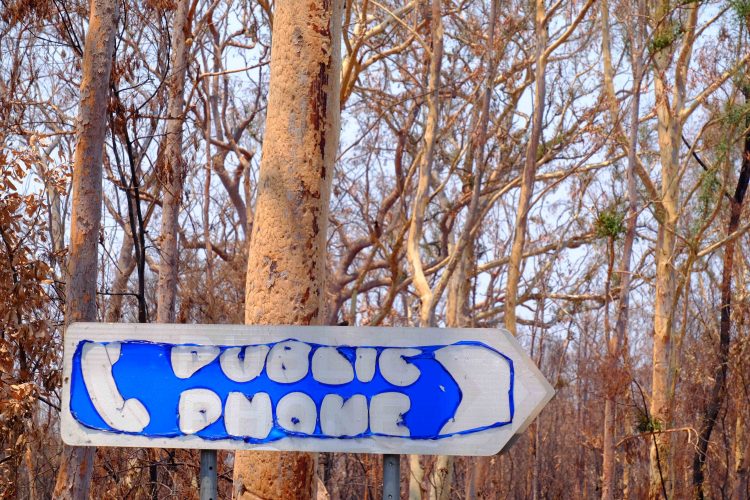 A sign of the times: even if the fires don’t destroy something, they leave the effects of their passing. These trees are not black because they’ve shed their burnt bark.

Some statistics: the total area burnt is approaching 19 million hectares. As a comparison, the entire area of England is 13 million hectares, and the terrible 2018 California wildfires burnt 800,000 hectares. Despite some mostly spotty rains, many of the fires continue to burn.

On the personal side, my younger daughter’s car was burnt out in a National Parks parking lot while her boyfriend was bushwalking. He was evacuated but the car is a ragged-looking shell with bright rivulets of melted aluminum, like candle wax, running away from it across the blackened ground. A small thing (except for his rescue), but seeing the melted remains of a car you travelled in a few short days ago makes it even more real.

Here in Sydney, which at one stage was almost completely surrounded by blazes, and over much of the rest of the east coast, we have been breathing air with more than the level of particulates considered dangerous by the WHO for about 90 days now. That smoke has drifted as far as Christchurch in New Zealand – sorry, Kiwis. As of the beginning of January, NASA estimated that the fires had pumped more than 300 million tonnes of CO2 into the atmosphere. Sorry, planet. 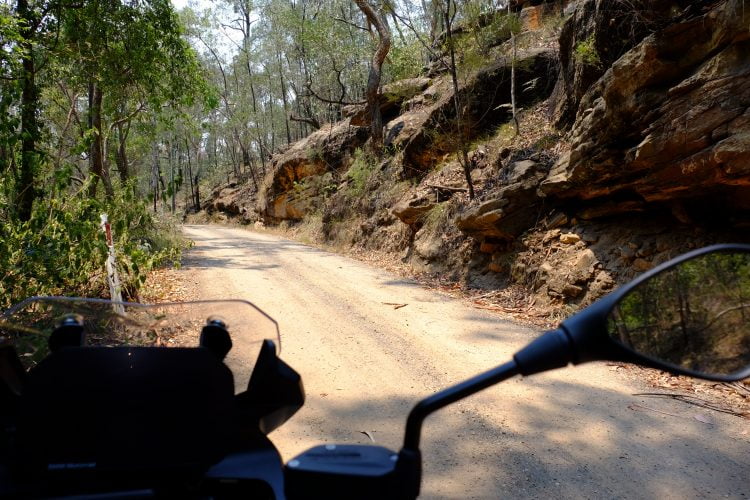 Most of Australia is just as beautiful – and un-singed – as always.

Despite all this, let me make a heartfelt appeal. In Tennyson’s words, “Though much is taken, much abides”. Most of our continent is still its tough but lovely self, and visitors will be welcome now more than ever. Come and spend a few bucks, and help out a friend.