What does the “blood and guts of RTW travel”  look like – and is riding round the world really such a daunting task?

Including a short break back home, I’ve been riding across Europe and North, Central and South America for five years now. And while life on the road can be challenging sometimes, riding round the world is nowhere near as hard as people like to assume. Here’s why.

The World Is Shrinking!

With the advent of satellites and internet, researching information, connecting and staying connected is now easier than ever. A couple of decades back, if you wanted to know whether the Egyptian-Sudanese border was open, you had to ride there and find out for yourself. Now, you just Google it or talk to travelers who are currently there – in real time! With so much information readily available, planning your round the world journey is easier than ever, and getting lost is virtually impossible – unless, of course, you want to. The factor of the unexpected and the unknown has shrunk significantly, and with it, the general safety and ease of travel has increased dramatically. 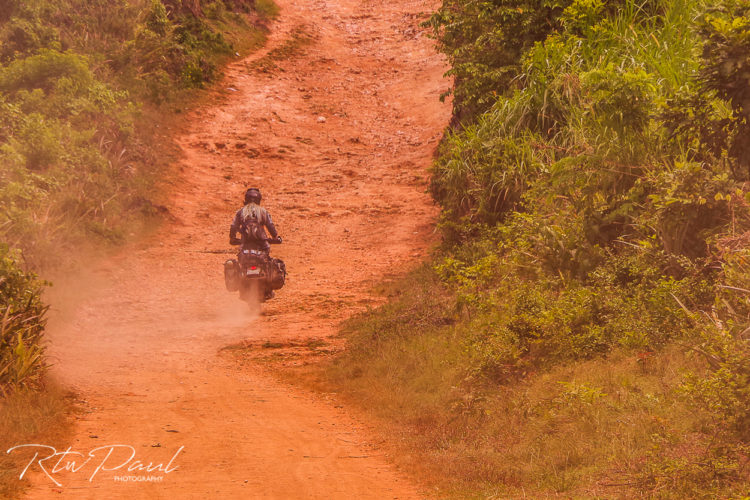 You can now easily research visas, bike documentation, border crossings, geopolitical situations and cultural nuances before you go which makes for an incredibly smooth ride.

Sure, some small regions of this world are still pretty wild – but for the most part, the Western culture and its standards of living are taking over. Roads are being paved at an alarming rate, even in the deepest Chilean Patagonia or the outskirts of Saharan Africa. Infrastructure is being developed rapidly, even in Tajikistan and Georgia; hotels, restaurants, DHL and Fedex services, fast wireless internet connection, modern airports, easy access to motorcycle repair services and supermarkets – all of those things are now available just about everywhere in the world, whether it’s the States or Germany, or Bolivia, Ghana or Kyrgyzstan.

Riding a motorcycle round the world is an amazing journey – but it isn’t the same as setting out on a 19th century expedition into uncharted territory! There’ll be McDonalds, laundries and tire repair shops on the way – wherever you go.

The Thrill vs the Routine

During the first few months, being on the road is an exhilarating feeling: the freedom of the open horizon, new countries and cultures, new…everything. But as routine sinks in, most travelers realize that it’s not toughness, badass off road riding skills or hardcore endurance that matters most: instead, it’s patience, empathy, and the art of zen. Before they set out on a long overland journey, a lot of people envision themselves courageously battling corrupt officials, negotiating sketchy regions of the world and victoriously conquering the nastiest, gnarliest off road tracks on Earth. Instead, most find themselves exchanging gossip and chocolates with friendly policemen, being invited to stay at local people’s houses and farms, and enjoying stunning vistas as they traverse different countries on graded dirt and gravel roads.

Quite frankly, bad weather, routine, an occasional flat tire and uninspired roadside meals are usually much bigger challenges than the perceived “blood and guts” of RTW travel!

What’s your take – is riding round the world really difficult?