BMW’s best-known for serious touring or adventure bikes, but always has a strong lineup of naked bikes as well. The high-powered S1000 R grabs the biggest headlines, as it’s basically a superbike with an upright seating position; the R1250 R also has its fans, as it’s the lowest-priced machine with the Shiftcam twin, and is a fairly strong performer in its own right. And, the G310 R has been BMW’s lowest-priced entry-level machine for a while now. 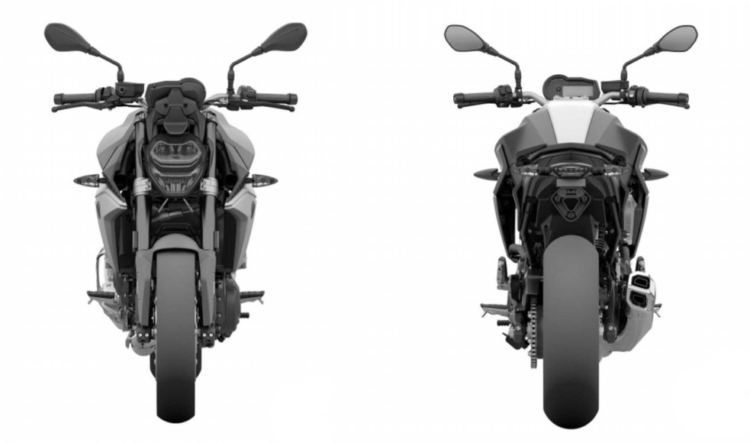 Some changes to the bodywork for 2020. Photo: BMW

The F800 R split the difference between the high-end naked bikes with BMW’s latest tech and the made-in-India beginner bikes. It was sort of a parts bin bike, using many of the same bits as the F800 GT and F800 GS models, particularly the engine. Chris Pfeiffer used one for his stunt routines, and that’s allegedly why BMW used a chain drove for the F800 R (to enable gearing down for easier wheelies, etc.). It wasn’t BMW’s most prestigious motorcycle, just a competent middleweight naked that could theoretically work well for urban transport, commuting, and back road blasting, sort of an all-around street bike.

However, the F800 engine was definitely past its prime, and with European emissions regs constantly strengthening, the F800 became the new and improved F850—but only for the GS and GS Adventure models at first.

These photos from Motor1Brazil seem to show BMW is now getting around to putting the F850 engine into its other street bikes, including the R model. With EICMA around the corner, we’d also expect the F850 GT or F850 XR model that we’ve seen concepts of for some time. Stay tuned!

The F800 gets a lot of competition from lower-priced Japanese bikes, but is still a good entry into the BMW brand for an urban rider. Presumably, that’s where the F850 will fit as well. Photo: BMW