BMW has released its own custom bike built around its gargantuan new 1800 cc boxer. Called the R18, it’s obviously inspired by BMW’s classic R5, but with modern touches and fanatical attention to detail.

BMW unveiled the custom bike at the Concorso d’Eleganza at Villa d’Este. While a custom bike or even a concept is no guarantee of a production model, it’s obvious BMW has sunk considerable attention into this project, as this is the third custom bike featuring this massive new motor. It’s the first “official” BMW custom, the other two were by independent shops … but even this bike was actually built by  a Swedish outfit, apparently.

So what’s the R18 all about? The lines are classic Euro vintage bike, not repurposed Americana, like the R1200C which was panned by cruiser enthusiasts and Beemer geeks alike due to its styling. The R18 has a faux hardtail with sprung solo saddle, exposed shaft drive, dual disc front brakes, and has Solex dual-throat carburetors instead of EFI. Weird, but BMW is going for an old-school look here, so that’s how it is.

The engine has an oil cooler, but there are plenty of air cooling fins for retro flair. 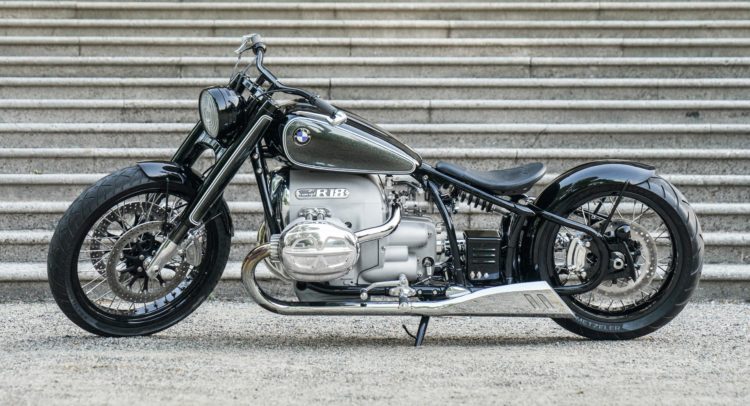 The wheels are spoked, with a massive 21-inch front hoop. The chromed exhaust has a semi-fishtail look, and metal parts are all brushed or otherwise finessed to have that expensive custom bike look.

Supposedly, the only electronics on the bike are the lights and the starter, but we’d guess a production version would have EFI and ABS, to meet European regulations.

But will there be a production version? With all the work put in so far, it’s hard to imagine it not leading somewhere.